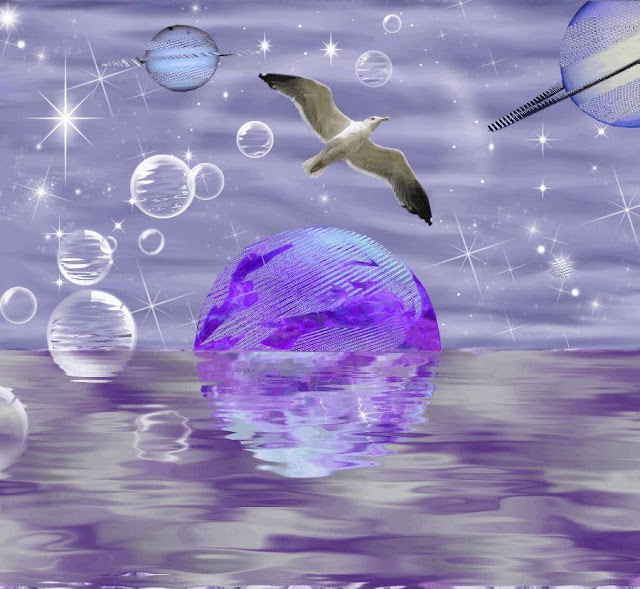 IV.  Fear as Lack of Love

72 You believe that "being afraid" is involuntary, something beyond your control. Yet I have told you several times that only constructive acts should be involuntary. We have said that Christ-control can take over everything that does not matter, while Christ-guidance can direct everything that does if you so choose. Fear cannot be Christ-controlled, but it can be self-controlled. It prevents me from controlling it.
The correction is therefore a matter of your will because its presence shows that you have raised the unimportant to a higher level than it warrants. You have thus brought it under your will, where it does not belong. This means that you feel responsible for it. The level confusion here is obvious.

73 The reason I cannot control fear for you is that you are attempting to raise to the mind level the proper content of lower-order reality. I do not foster level confusion, but you can choose to correct it. You would not tolerate insane behavior on your part and would hardly advance the excuse that you could not help it. Why should you tolerate insane thinking? There is a confusion here which you would do well to look at clearly. You believe that you are responsible for what you do but not for what you think. The truth is that you are responsible for what you think because it is only at this level that you can exercise choice.

74 What you do comes from what you think. You cannot separate yourself from the truth by "giving" autonomy to behavior. This is controlled by me automatically as soon as you place what you think under my guidance. Whenever you are afraid, it is a sure sign that you have allowed your mind to miscreate or have not allowed me to guide it. It is pointless to believe that controlling the outcome of mis-thought can result in healing. When you are fearful you have willed wrongly. This is why you feel responsible for it. You must change your mind, not your behavior, and this is a matter of will.

75 You do not need guidance except at the mind level. Correction belongs only at the level where creation is possible. The term does not mean anything at the symptom level, where it cannot work. The correction of fear isyour responsibility. When you ask for release from fear, you are implying that it is not. You should ask instead for help in the conditions which have brought the fear about. These conditions always entail a separated mind willingness. At that level, you can help it. You are much too tolerant of mind wandering, thus passively condoning its miscreations. The particular result does not matter, but the fundamental error does. The correction is always the same. Before you will to do anything, ask me if your will is in accord with mine. If you are sure that it is, there will beno fear.

76 Fear is always a sign of strain, which arises whenever the will to do conflicts with what you do. This situation arises in two ways:

77 First, you can will to do conflicting things, either simultaneously or successively. This produces conflicted behavior, which is intolerable to yourself because the part of the will that wants to do something else is outraged.
78 Second, you can behave as you think you should but without entirely willing to do so. This produces consistent behavior but entails great strain within the self.

79 In both cases, the will and the behavior are out of accord, resulting in a situation in which you are doing what you do not will. This arouses a sense of coercion, which usually produces rage. The rage then invades the mind and projection in the wrong sense is likely to follow. Depression or anxiety is virtually certain.

80 Remember that whenever there is fear, it is because you have not made up your mind. Your will is split, and your behavior inevitably becomes erratic. Correcting at the behavioral level can shift the error from the first to the second type of strain described above but will not obliterate the fear. It is possible to reach a state in which you bring your will under my guidance without much conscious effort, but this implies habit patterns which you have not developed dependably as yet. God cannot ask more than you will. The strength to do comes from your own undivided will to do. There is no strain in doing God's Will as soon as you recognize that it is also your own.

81 The lesson here is quite simple but particularly apt to be overlooked. I will therefore repeat it, urging you to listen. Only your mind can produce fear. It does so whenever it is conflicted in what it wills, thus producing inevitable strain because willing and doing become discordant. This cannot be corrected by better doing, but it can
be corrected by higher willing.

And now God’s KNOWLEDGE, changeless, certain, pure and wholly understandable, enters its Kingdom. Gone is perception, false and true alike. Gone is forgiveness, for its task is done. And one are bodies in the blazing light upon the altar to the Son of God. God knows it is His Own, as it is his. And here They join, for here the face of Christ has shone away time’s final instant, and now is the last perception of the world without a purpose and without a cause. For where God’s memory has come at last there is no journey, no belief in sin, no walls, no bodies, and the grim appeal of guilt and death is there snuffed out forever.

Oh my brothers, if you only knew the Peace that will envelop you and hold you safe and pure and lovely in the Mind of God, you could but rush to meet Him where His altar is. Hallowed your Name and His, for they are joined here in this holy place. Here He leans down to lift you back to Him, out of illusions into holiness; out of the world and into timelessness; out of all fear and given back to Love.

Today’s idea accurately describes the way anyone who holds attack thoughts in his mind must see the world. Having projected his anger onto the world, he sees vengeance about to strike at him. His own attack is thus perceived as self-defense. This becomes an increasingly vicious circle until he is willing to change how he sees. Otherwise, thoughts of attack and counter attack will preoccupy him, and people his entire world. What peace of mind is possible to him then?

It is from this savage fantasy that you want to escape. Is it not joyous news to hear that it is not real? Is it not a happy discovery to find that you can escape? You made what you would destroy; everything that you hate and would attack and kill. All that you fear does not exist.

Look at the world about you at least five times today, for at least a minute each time. As your eyes move slowly from one object to another, from one body to another, say to yourself:

“I see only the perishable.”

“I see nothing that will last.”

“What I see is a form of vengeance.”

At the end of each practice period, ask yourself:

“Is this the world I really want to see?”

The answer is surely obvious.