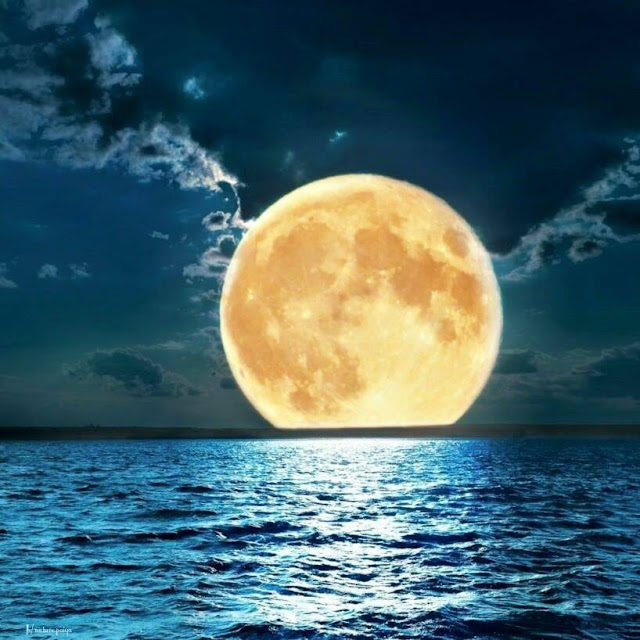 God and the Souls He created ARE symbiotically related. They are COMPLETELY dependent on each other. The creation of the Soul itself has already been perfectly accomplished, but the creation BY Souls has not. God created Souls so He could depend on them BECAUSE He created them perfectly. He gave them His peace so they would not be shaken, and would be unable to be deceived.

Whenever you are afraid, you ARE deceived. Your mind is NOT serving your Soul. This literally starves the Soul by denying its daily bread. Remember the poem about the Holy Family which crossed your mind last night:

“Where tricks of words are never said
And mercy is as plain as bread.”

The reason why that had such a strong impact on you originally was because you knew what it MEANT.

God offers ONLY mercy. Your own words should ALWAYS reflect only mercy, because that is what you have received, and that is what you should GIVE. Justice is a temporary expedient, or an attempt to teach man the meaning of mercy. Its JUDGMENTAL side rises only because man is capable of INJUSTICE if that is what his mind creates. You are afraid of God’s will because you have used your own will, which He created in the likeness of His own, to MISCREATE.

What you do NOT realize is that the mind can miscreate only when it is NOT free. An imprisoned mind is not free by definition. It is possessed, or held back, by ITSELF. Its will is therefore limited, and not free to assert itself.

The three things that crossed your mind, which was comparatively free at the time, are perfectly relevant:

Denial of Error as a Defense of Truth

Denial of error is a very powerful defense of truth. We have slowly been shifting the emphasis from the negative to the positive use of denial. Remember, we have already stated that denial is not a purely negative device; it results in positive miscreation. That is the way the mentally ill DO employ it.

But remember a very early thought of your own, “Never underestimate the power of denial.” In the service of the “Right Mind,” the denial of ERROR frees the mind and re-establishes the freedom of the will. When the will is REALLY free, it CANNOT miscreate, because it recognizes ONLY TRUTH.

Projection arises out of FALSE DENIAL. Not out of its proper use. My own role in the Atonement IS one of true projection, i.e., I can project to YOU the affirmation of truth. If you project error to me (or to yourself) you are interfering with the process. My use of projection, which can also be yours, is NOT based on faulty denial. But it DOES involve the very powerful use of the denial of error.

The miracle worker is one who accepts my kind of denial and projection, unites his own inherent abilities to deny and project with mine, and imposes them back on himself and others. This establishes the total lack of threat anywhere. Together we can then work for the real time of peace, which is Eternal.

I inspired Bob (refers to elevator man who took Helen down from her apartment) to make that remark to you, and it is a pity you heard only the last part. But you can still use that. His remark ended with: “Every shut eye is not asleep.” Since your own vision is much improved at the moment, we will go on a while.

Freud’s identification of defense mechanisms was quite correct, as was his recognition of their creative ability. They can indeed create man’s perception, both of himself and his surroundings.

But Freud’s limitations induced inevitable limits on his own perception. He made two kinds of errors.
The first was that he saw only how the mechanisms worked in the mentally ill.

The second was his own denial of the mechanism of the Atonement.

Let us take up the first, because a clear understanding of the second depends on it.

Denial should be directed only to error, and projection should be limited to truth. You should truly give as you have truly received. The Golden Rule can work effectively only on this basis.

Intellectualization is a poor word, which stems from the brain-mind confusion. “Right-Mindedness” is better. This device defends the RIGHT MIND, and gives it control over the body.

Withdrawal is properly employed in the service of withdrawing from the desert. It is NOT a device for escape, but for consolidation. There IS only One Mind.

Dissociation is quite similar. You should split yourself off from error, but only in defense of integration.

Detachment is essentially a weaker form of dissociation. This is one of the major areas of withholding that both you and Bill are engaging in.

Flight can be undertaken in whatever direction you choose, but note that the concept itself implies flight FROM something. Flight from error is perfectly appropriate.

Distantiation is a way of putting distance between yourself and what you SHOULD fly from.
Regression is a real effort to return to your own original state. In this sense, it is utilized to RESTORE, not to go back to the less mature.

Sublimation should be associated with the SUBLIME.

There are many other so-called “dynamic” concepts which are profound errors due essentially to the misuse of defenses. Among them is the concept of different levels of aspiration, which results from real level confusion.

However, the main point to be understood from these notes is that you can defend truth as well as error, and in fact, much better.

And therefore all your sins have been forgiven because they carried no effects at all. And so they were but dreams. Arise with him who showed you this because you owe him this who shared your dreams that they might be dispelled. And shares them still, to be at one with you.

Is he the Christ? Oh yes, along with you. His little life on earth was not enough to teach the mighty lesson that he learned for all of us. He will remain with you to lead you from the hell you made to God. And when you join your will with his, your sight will be his vision, for the eyes of Christ are shared. Walking with him is just as natural as walking with a brother whom you knew since you were born, for such indeed he is. Some bitter idols have been made of him who would be only brother to the world. Forgive him your illusions, and behold how dear a brother he would be to you. For he will set your mind at rest at last and carry it with you unto your God.

26. “My attack thoughts are attacking my invulnerability.”

It is surely obvious that if you can be attacked you are not invulnerable. You see attack as a real threat. That is because you believe that you can really attack. And what would have effects through you must also have effects on you. It is this law that will ultimately save you. But you are misusing it now. You must therefore learn how it can be used for your own best interests, rather than against them.

The idea for today introduces the thought that you always attack yourself. If attack thoughts must entail the belief that you are vulnerable, their effect is to weaken you in your own eyes. Thus they have attacked your perception of yourself. And because you believe in them, you can no longer believe in yourself. A false image of yourself has come to take the place of what you are.

Six practice periods are required in applying today’s idea. A full two minutes should be attempted for each of them, although the time may be reduced to a minute if the discomfort is too great. Do not reduce it further.

The practice period should begin with repeating the idea for today, then closing your eyes and reviewing the unresolved situations whose outcomes are causing you concern. The concern may take the form of depression, worry, anger, a sense of imposition, fear, foreboding or preoccupation. Any problem as yet unsettled which tends to recur in your thoughts during the day is a suitable subject. You will not be able to use very many for any one practice period, because a longer time than usual should be spent with each one.

Today’s idea should be applied as follows:

Then go over every possible outcome which has occurred to you in that connection and which has caused you concern, referring to each one quite specifically, saying:

If you are doing the exercises properly, you should have some five or six distressing possibilities available for each situation you use, and quite possibly more. It is much more helpful to cover a few situations thoroughly than to touch on a larger number.

As the list of anticipated outcomes for each situation continues, you will probably find some of them, especially those which occur to you toward the end, less acceptable to you. Try, however, to treat them all alike to whatever extent you can.

After you have named each outcome of which you are afraid, tell yourself:

“That thought is an attack upon myself.”

Conclude each practice period by repeating today’s idea once more.