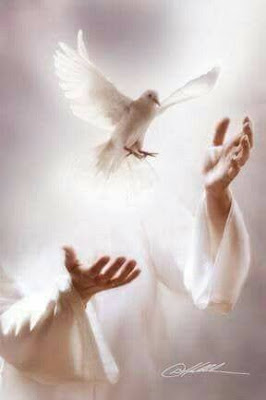 Healing as Release from Fear

The new emphasis will now be on healing. The miracle is the means, the Atonement the principle, and the healing is the result. Those who speak of “the miracle OF healing” are combining two orders of reality inappropriately. Healing is NOT a miracle. The Atonement, or the final miracle, is EXTREMELY useful. It is purely a means, while any type of healing is a result.

As we noted, the Atonement is the REMEDY. The order of error to which It is applied is irrelevant. Essentially, ALL healing is the release from fear. But to undertake this you cannot be fearful yourself.

You do not understand healing because of your own fear. I have been hinting throughout (and once stated very directly) (because you were unfearful at the time) that you MUST heal others. The reason is that their healing merely witnesses or attests to yours.

A major step in the Atonement plan is to undo error at ALL levels. Illness, which is really “not Right Mindedness,” is the result of level confusion in the sense that it always entails the misbelief that what is amiss in one level can adversely affect another.

We have constantly referred to miracles as the means of correcting level confusion. In reality, all mistakes must be corrected at the level at which they occur. Only the mind is capable of error. The body can ACT erroneously, but this is only because it has responded to mis-THOUGHT. The body cannot create, and the belief that it CAN, a fundamental error responsible for most of the fallacies already referred to, produces all physical symptoms.

All physical illness represents a belief in magic. The whole distortion which created magic rested on the belief that there is a creative ability in matter, which can control the mind. This fallacy can work either way; i.e., it can be misbelieved either that the mind can miscreate IN the body, or that the body can miscreate in the mind. If it can be made clear that the mind, which is the only level of creation, cannot create beyond itself, then neither confusion need occur.

The reason why only the mind can create is more obvious than may be immediately apparent. The Soul has been created. The body is a learning device FOR the mind. Learning devices are not lessons in themselves. Their purpose is merely to facilitate the THINKING of the learner. The most that a faulty use of a learning device can do is to fail to facilitate. It does not have the power in itself to introduce actual learning errors.

The body, if properly understood, shares the invulnerability of the Atonement to two-edged application. This is not because the body is a miracle, but because it is not inherently open to misinterpretation. The body is merely a fact. Its ABILITIES can be, and frequently are, over-
evaluated. However, it is almost impossible to deny its existence. Those who do are engaging in a particularly unworthy form of denial. (The use of the word “unworthy” here implies simply that it is not necessary to protect the mind by denying the un-mindful. There is little doubt that the mind can miscreate. If one denies this unfortunate aspect of its power, one is also denying the power itself.)

All material means which man accepts as remedies for bodily ills are simply restatements of magic principles. It was the first level of the error to believe that the body created its own illness. Thereafter, it is a second mis-step to attempt to heal it through non-creative agents. It does not follow, however, that the application of these very weak corrective devices is evil. Sometimes the illness has sufficiently great a hold over an individual’s mind to render him inaccessible to Atonement. In this case, one may be wise to utilize a compromise approach to mind and body, in which something from the OUTSIDE is temporarily given healing belief. This is because the last thing that can help the non-Right-Minded (or the sick) is an increase in fear. They are already in a fear-weakened state. If they are inappropriately exposed to a straight and undiluted miracle, they may be precipitated into panic.

This is particularly likely to occur when upside down perception has induced the belief that miracles are frightening.

The value of the Atonement does not lie in the manner in which it is expressed. In fact, if it is truly used it will inevitably BE expressed in whatever way is most helpful to the receiver, not the giver.

[FIP T-2.V. The Function of the Miracle Worker]

The whole aim of the miracle is to RAISE the level of communication, not to impose regression (as improperly used) upon it. Before it is safe to let miracle workers loose in this world, it is essential that they understand fully the fear of release. Otherwise, they may unwittingly foster the misbelief that release is imprisonment, which is very prevalent. This misperception arose from the attempted protection device (or mis-defense) that harm can be limited to the body. This was because of the much greater fear (which this one counteracts) that the mind can hurt itself. Neither error is really meaningful, because the miscreations of the mind do not really exist. That recognition is a far better protection device than any form of level confusion, because of the advantages of introducing correction at the level of the error.

The Holy Spirit is described as the remaining communication link between God and His separated Sons. In order to fulfill this special function the Holy Spirit has assumed a dual function. He knows because He is part of God; He perceives because He was sent to save humanity. He is the great correction principle; the bringer of true perception, the inherent power of the vision of Christ. He is the light in which the forgiven world is perceived; in which the face of Christ alone is seen. He never forgets the Creator or His Creation. He never forgets the Son of God. He never forgets you. And He brings the Love of your Father to you in an eternal shining that will never be obliterated because God has put it there.

The idea for today is the springboard for vision. From this idea will the world open up before you, and you will look upon it and see in it what you have never seen before. Nor will what you saw before be even faintly visible to you.

Today we are trying to use the new kind of projection. We are not attempting to get rid of what we do not like by seeing it outside. Instead, we are trying to see in the world what is in our minds, and what we want to recognize is there. Thus we are trying to join with what we see, rather than keeping it apart from us. That is the fundamental difference between vision and the way you see.

Today’s idea should be applied as often as possible throughout the day. Whenever you have a moment or so, repeat it to yourself slowly, looking about you, and trying to realize that the idea applies to everything you do see now, or could see now if it were within the range of your sight. Real vision is not limited to concepts such as “near” and “far.” To help you begin to get used to this idea, try to think of things beyond your present range as well as those you can actually see, as you apply today’s idea.

Real vision is not only unlimited by space and distance, but it does not depend on the body’s eyes at all. The mind is its only source.

To aid in helping you to become more accustomed to this idea as well, devote several practice periods to applying today’s idea with your eyes closed, using whatever subjects come to mind, and looking within rather than without. Today’s idea applies equally to both.