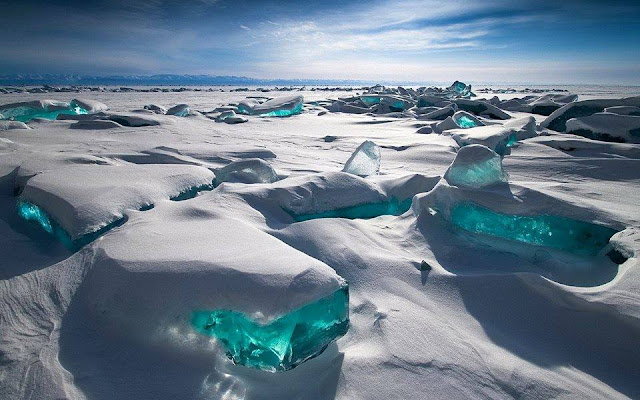 It is time to consider the whole world of the unconscious, or unwatched mind. This will frighten you, because it is the source of fright. You may look at it as a new theory of basic conflict, if you wish, which will not be entirely an intellectual approach, because I doubt if the truth will escape you entirely.


The unwatched mind is responsible for the whole content of the unconscious, which lies above the miracle-level. All psychoanalytic theorists have made some contribution to the truth in this connection, but none of them has seen it in its true entirety. (The correct grammar here is a sign of your better cooperation. Thank you.) Jung’s best contribution was an awareness of individual vs. collective unconscious levels. He also recognized the major place of the religious spirit in his schema.

His archetypes were also meaningful concepts. But his major error lay in regarding the deepest level of the unconscious as shared in terms of CONTENT. The deepest level of the unconscious is shared as an ABILITY. As MIRACLE-MINDEDNESS, the content, (or the particular miracles which an individual happens to perform) does not matter at all. They will, in fact, be entirely different, because, since I direct them, I make a point of avoiding redundancy. Unless a miracle actually heals, it is not a miracle at all.

The content of the miracle-level is not recorded in the individual’s unconscious, because if it were, it would not be automatic and involuntary, which we have said repeatedly it should be. However, the content IS a matter for the record, which is NOT within the individual himself.

All psychoanalysts made one common error, in that they attempted to uncover unconscious CONTENT. You cannot understand unconscious activity in these terms, because “content” is applicable ONLY to the more superficial unconscious levels to which the individual himself contributes. This is the level at which he can readily introduce fear, and usually does.

Freud was right in calling this level pre-conscious, and emphasizing that there is a fairly easy interchange between preconscious and conscious material. He was also right in regarding the censor as an agent for the protection of consciousness from fear. HIS major error lay in his insistence that this level is necessary at all in the psychic structure. If the psyche contains fearful levels from which it cannot escape without splitting, its integration is permanently threatened. It is essential not to control the fearful, but to ELIMINATE it.

Here, Rank’s concept of the will was particularly good, except that he preferred to ally it only with man’s own truly creative ability, but did not extend it to its proper union with God’s. His “birth trauma,” another valid idea, was also too limited, in that it did not refer to the Separation, which was really a FALSE idea of birth. Physical birth is not a trauma in itself. It can, however, remind the individual of the Separation, which was a very real cause of fear.

The idea of “will-THERAPY” was potentially a very powerful one, but Rank did not see its real potential because he himself used his mind partly to create a theory OF the mind, but also partly to attack Freud. His reactions to Freud stemmed from his own unfortunate acceptance of the deprivation-fallacy, which itself arose from the Separation. This led him to believe that his own mind-creation could stand only if the creation of another’s fell. In consequence, his theory emphasized rather than minimized the two-edged nature of defenses. This is an outstanding characteristic of his concepts, because it was outstandingly true of him.

He also misinterpreted the birth-trauma in a way that made it inevitable for him to attempt a therapy whose goal was to ABOLISH FEAR. This is characteristic of all later theorists, who do not attempt, as Freud did, to split off the fear in his own form of therapy.

No-one as yet has fully recognized either the therapeutic value of fear, or the only way in which it can truly be ended. When man miscreates, he IS in pain. The cause and effect principle here is temporarily a real expeditor. Actually, Cause is a term properly belonging to God, and Effect, which should also be capitalized, is HIS Sonship. This entails a set of Cause and Effect relationships which are totally different from those which man introduced into the miscreation.

The fundamental opponents in the real basic conflict are Creation and miscreation. All fear is implicit in the second, just as all love is inherent in the first. Because of this difference, the basic conflict IS one between love and fear.


The Psychic Energy of Creation


So much, then, for the true nature of the major opponents in the basic conflict. Since all such theories lead to a form of therapy in which a re-distribution of psychic energy results, it is necessary to consider OUR concept of libido next. In this respect, Freud was more accurate than his followers, who were essentially more wishful. Energy CAN emanate from both Creation AND miscreation, and the particular ratio between them which prevails at a given point in time DOES determine behavior AT that time. If miscreation did NOT engender energy in its own right, it would be unable to produce destructive behavior, which it very patently DOES.


Let us wait here in silence, and kneel down an instant in our gratitude to Him Who called to us and helped us hear His Call. And then let us arise and go in faith along the way to Him. Now we are sure we do not walk alone. For God is here, and with Him all our brothers. Now we know that we will never lose the way again. The song begins again which had been stopped only an instant, though it seems to be unsung forever. What is here begun will grow in life and strength and hope, until the world is still an instant and forgets all that the dream of sin had made of it.

Let us go out and meet the newborn world, knowing that Christ has been reborn in it, and that the holiness of this rebirth will last forever. We had lost our way, but He has found it for us. Let us come and bid Him welcome Who returns to us to celebrate salvation and the end of all we thought we made. The morning star of this new day looks on a different world where God is welcomed and His Son with Him. We who complete Him offer thanks to Him, as He gives thanks to us. The Son is still, and in the peace that God has given him enters his home and is at peace at last.

You will believe that you are part of where you think you are. That is because you surround yourself with the environment you want. And you want it to protect the image of yourself that you have made. The image is part of it. What you see while you believe you are in it is seen through the eyes of the image. It is not vision. Images cannot see.

The idea for today presents a very different view of yourself. By establishing your Source it establishes your Identity, and it describes you as you must really be in truth. We will use a somewhat different kind of application for today’s idea, because the emphasis for today is on the perceiver, rather than on what he perceives. For each of the three five-minute practice periods today, begin by repeating today’s idea to yourself, and then close your eyes and search your mind for the various kinds of descriptive terms in which you see yourself. Include all of the ego-based attributes which you ascribe to yourself, positive or negative, desirable or undesirable, grandiose or debased. All of them are equally unreal because you do not look upon yourself through the eyes of holiness.

In the earlier part of the mind searching period, you will probably emphasize what you consider to be the more negative aspects of your perception of yourself. Toward the latter part of the exercise period, however, more self-inflating descriptive terms may well cross your mind. Try to recognize that the direction of your fantasies about yourself does not matter. Illusions have no direction in reality. They are merely not true.

You should not think of these terms in an abstract way. They will occur to you as various situations, personalities and events in which you figure cross your mind. Pick up any specific situation that occurs to you, identify the descriptive term or terms which you feel are applicable to your reactions to that situation, and use them in applying today’s idea. After you have named each one, add:

During the longer exercise periods, there will probably be intervals in which nothing specific occurs to you. Do not strain to think up specific things to fill the interval, but merely relax and repeat today’s idea slowly until something occurs to you. Although nothing that does occur should be omitted from the exercises, nothing should be “dug out” with effort. Neither force nor discrimination should be used.

As often as possible during the day, pick up a specific attribute or attributes you are ascribing to yourself at the time, and apply the idea for today to them, adding the idea to each of them in the form stated above. If nothing particular occurs to you, merely repeat the idea to yourself, with closed eyes.