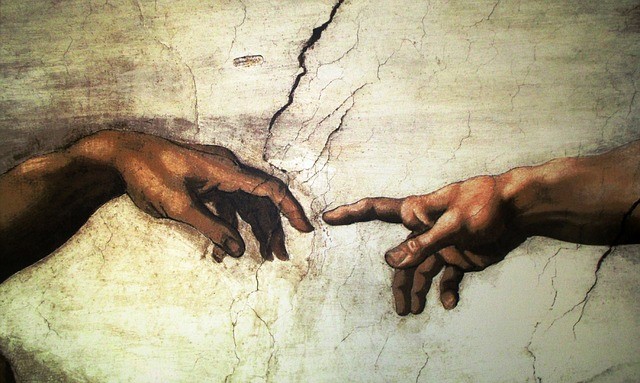 Everything that man creates has energy because, like the Creations of God, it comes FROM energy, and is endowed by its creator with the power to create. Miscreation is still a genuine creative act in terms of the underlying IMPULSE, but NOT in terms of the CONTENT of the creation. This, however, does not deprive the creation of its OWN creative power. It DOES, however, GUARANTEE that the power will be misused, or USED FEARFULLY.

To deny this is merely the previously mentioned fallacy of depreciation. Although Freud made a number of fallacies of his own, he DID avoid this one in connection with libido. The later theorists denied the split-energy concept, not by attempting to heal it, but by reinterpreting it instead of redistributing it.

This placed them in the illogical position of assuming that the split which their therapies were intended to heal had not occurred. The result of this approach is essentially a form of hypnosis. This is quite different from Freud’s approach, which merely ended in a deadlock.

A similar deadlock occurs when both the power of Creation and of miscreation coexist. This is experienced as conflict only because the individual feels AS IF both were occurring AT THE SAME LEVEL. He BELIEVES in what he has created in his own unconscious and he naturally believes it is real BECAUSE he has created it. He, thus, places himself in a position where the fearful becomes REAL.

Nothing but level-confusion can result as long as this belief is held in ANY form. Inappropriate denial and equally inappropriate identification of the REAL factors in the basic conflict will NOT solve the problem itself. The conflict CANNOT disappear until it is fully recognized that miscreation is NOT real, and therefore there IS no conflict. This entails a full realization of the basic fact that, although man has miscreated in a very real sense, he need neither continue to do so, nor to suffer from his past errors in this respect.

A REDISTRIBUTION of psychic energy, then, is NOT the solution. Both the idea that both kinds MUST exist, and the belief that ONE kind is amenable for use or misuse, are real distortions. The ONLY way out is to STOP MISCREATING NOW, and accept the Atonement for miscreations of the past. Only this can re-establish true single-mindedness. The structure of the psyche, as you very correctly noted yourself, follows along the lines of the particular libido concept the theorist employs.

(Helen: I still think it was the other way around. Answer: This confusion arises out of the fact that you DID change the order—several times in fact. Actually, it didn’t matter, because the two concepts DO flow from each other. It was a TERRIFIC waste of time, and one in which I hardly care to become engaged myself. Please!)

Freud’s psyche was essentially a good and evil picture, with very heavy weight given to the evil. This is because every time I mentioned the Atonement to him, which was quite often, he responded by defending his theory more and more against it. This resulted in his increasingly strong attempts to make the illogical sound more and more logical.

I was very sorry about this, because his was a singularly good mind, and it was a shame to waste it. However, the major purpose of his incarnation was not neglected. He DID succeed in forcing recognition of the unconscious into man’s calculations about himself, a step in the right direction which should not be minimized. Freud was one of the most religious men I have known recently.

Unfortunately, he was so afraid of religion that the only way he could deal with it was to regard IT (not himself) as sick. This naturally prevented healing.

Freud’s superego is a particularly interesting example of the real power of miscreation. It is noteworthy throughout the whole development of his theories that the superego never allied itself with freedom. The most it could do in this direction was to work out a painful truce in which both opponents LOST. This perception could not fail to force him to emphasize discontent in his view of civilization.

The Freudian id is really only the more superficial level of the unconscious, and not the deepest level at all. This, too, was inevitable, because Freud could not divorce miracles from magic. It was therefore his constant endeavor, (even preoccupation) to keep on thrusting more and more material between consciousness and the real deeper level of the unconscious, so that the latter became increasingly obscured. The result was a kind of bedlam, in which there was no order, no control, and no sense. This was exactly how he FELT about it.

The later theoretical switch to the primacy of anxiety was an interesting device intended to deny both the instinctive nature of destructiveness, and the force of the power of miscreation. By placing the emphasis on the RESULT, the generative nature of the power was minimized.

Destructive behavior IS instinctual. The instinct for creation is NOT obliterated in miscreation. That is why it is always invested with reality.

One of the chief ways in which man can correct his magic-miracle confusion is to remember that he did not create himself. He is apt to forget this when he becomes egocentric, and this places him in a position where belief in magic is virtually inevitable. His instincts for creation were given him by his own Creator, who was expressing the same instinct in His Creation. Since the creative ability rests solely in the mind, everything which man creates is necessarily instinctive.

We have already said that the basic conflict is one between love and fear, and that the proper organization of the psyche rests on a lack of level confusion. The section on psychic energy should be re-read very carefully, because it is particularly likely to be misinterpreted until this section is complete.

The role of teaching and learning is actually reversed in the thinking of the world. The reversal is characteristic. It seems as if the teacher and the learner are separated, the teacher giving something to the learner rather than to himself. Further, the act of teaching is regarded as a special activity in which one engages only a relatively small proportion of one's time. The course, on the other hand, emphasizes that to teach is to learn, so that teacher and learner are the same. It also emphasizes that teaching is a constant process; it goes on every moment of the day and continues into sleeping thoughts as well.

36. “My holiness envelops everything I see.”

Today’s idea extends the idea for yesterday from the perceiver to the perceived. You are holy because your mind is part of God’s. And because you are holy, your sight must be holy as well. “Sinless” means without sin. You cannot be without sin a little. You are sinless or not. If your mind is part of God’s you must be sinless, or a part of His Mind would be sinful. Your sight is related to His holiness, not to your ego and therefore not to your body.

Four three to five minute practice periods are required for today. Try to distribute them fairly evenly, and make the shorter applications frequently, to protect your protection throughout the day. The longer practice periods should take this form:

First, close your eyes and repeat the idea for today several times slowly. Then open your eyes and look quite slowly about you, applying the idea specifically to whatever you note in your casual survey. Say, for example:

“My holiness envelops that rug.”

“My holiness envelops that wall.”

“My holiness envelops these fingers.”

“My holiness envelops that chair.”

“My holiness envelops that body.”

“My holiness envelops this pen.”

Several times during these practice periods, close your eyes and repeat the idea to yourself. Then open your eyes, and continue as before.

For the shorter exercise periods, close your eyes and repeat the idea; look about you as you repeat it again; and conclude with one more repetition with your eyes closed. All applications should, of course, be made quite slowly, as effortlessly and unhurriedly as possible.