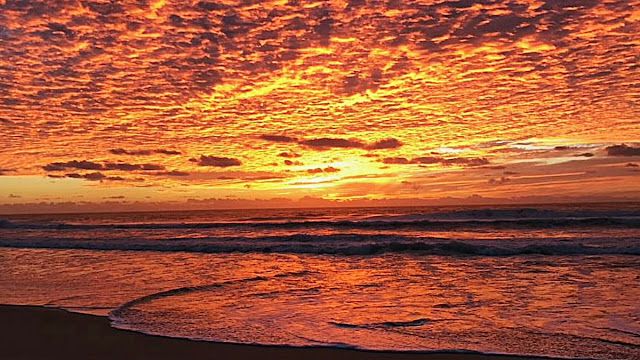 Mental retardation is a defense which, like the others EXCEPT the Atonement, can be used on behalf of error or truth, as elected. When it occurs in REALITY, it is a temporary device, agreed on beforehand, to check the miscreative abilities of strong but misdirected wills.

It is necessary that this appropriate use of the defense BE considered real, because otherwise it cannot serve. The lesson involves not only the individual himself, but also his parents, siblings, and all of those who come in close relation with him. The VALUE of the experience depends on the need of each particular learner. The person himself is a POOR learner, by definition, only as a step toward changing from a bad to a good one.

Mental retardation can also be used as a maladaptive defense, if the wrong (or attack) side is employed. This produces the “pseudo-retardation syndrome” which is justly classified as a psychiatric (or disturbed-level) symptom. Both of you do this all the time. Bill acts as if he does not understand even his OWN special language, let alone mine, and you cannot read at all.

This represents a joint attack on both yourselves AND me, because it renders YOUR mind weak, and mine incompetent. Remember, this puts you in a truly fearful position. If you cannot understand either your own mind OR mine, you do not KNOW what is really willed. It is thus IMPOSSIBLE to avoid conflict, as defined before, because even if you act ACCORDING TO will, you wouldn’t know it.

The next part of this course rests too heavily on the earlier part not to REQUIRE its study. Without this, you will become much too fearful when the unexpected DOES occur to make constructive use of it. However, as you study the notes, you will see some of the obvious implications, unless you still persist in misusing the defense of mental retardation. Please remember that its constructive use, described above, is hardly a REAL part of your own REAL proper equipment. It is a particularly inappropriate defense as you use it, and I can only urge you to avoid it.

The reason why a solid foundation is necessary at this point is because of the highly likely confusion of “fearful” and “awesome,” which most people do make. You will remember that we said once before that awe is inappropriate in connection with the Sons of God, because you should not experience awe in the presence of your own equals. But it WAS emphasized that awe IS a proper reaction of the Soul in the presence of its Creator.

So far, this course has had only indirect recourse to God, and rarely even refers to Him directly. I have repeatedly emphasized that awe is not appropriate in connection with me, BECAUSE of our inherent equality. I have been careful to clarify my own role in the Atonement, without either over or understating it. I have tried to do exactly the same things in connection with yours.

The next step, however, DOES involve the direct approach to God Himself. It would be most unwise to start on this step at all without very careful preparation, or awe will surely be confused with fear, and the experience will be more traumatic than beatific.

Healing is of God in the end. The means are carefully explained in the notes. Revelation has occasionally SHOWN you the end, but to reach it the means are needed.

How Error Interferes with Preparation

(The following Introduction dictated by Helen without notes.) The following is the only detailed description which need be written down as to how error interferes with preparation. The events specifically referred to here could be any events, nor does their particular influence matter. It is the process which is to be noted here, and not its results. The kind of beliefs, and the fallacious premises involved in mis-thought are as well exemplified here as elsewhere. There is nothing of special interest about the events described below, EXCEPT their typical nature. If this is a true course in mind-training, then the whole value of this section rests ONLY in showing you what NOT to do. The more constructive emphasis is, of course, on the positive approach. Mind-watching would have prevented any of this from occurring, and will do so any time you permit it to.

(Following is from notes) Tell Bill that the reason why he was so strained yesterday is because he allowed himself a number of fear-producing attitudes. They were fleeting enough to be more will-of-the-wisps than serious will-errors, but unless he watches this kind of thing, he WILL find the notes fearful, and, knowing him well, will mis-distantiate. His unprovoked irritation was unpardonable except by himself, and he did not choose to pardon it. YOU did, but I’m afraid you were under some strain in doing so. This was unfortunate, and weakened your own ability to behave healingly toward (Bill at the time, and later also toward) Louis, (both of whom) who did act stupidly. But one stupidity at a time is usually enough. (You are getting too close to the misuse of mental retardation when stupidity sets in all around.)

Bill, having already weakened himself, was very un-miracle-minded, first by not asking Dora if she wanted a lift (in the cab, which was going her way). Even if she didn’t (want it), she would have been able to use the thought well. There is probably no human error that is more fear-provoking (in the will/behavior conflict sense) than countering any form of error with error. The result can be highly inflammable. (By reacting to Dora’s stupidity with his own, all of the elements which are virtually certain to engender fear have been provided.)

This (The idea that the self you believe is real is what you teach) is inevitable. There is no escape from it. How could it be otherwise? Everyone who follows the world's curriculum, and everyone here does follow it until he changes his mind, teaches solely to convince himself that he is what he is not. Herein is the purpose of the world. What else, then, would its curriculum be? Into this hopeless and closed learning situation, which teaches nothing but despair and death, God sends His teachers. And as they teach His lessons of joy and hope, their learning finally becomes complete.

In today’s exercises, we will apply the power of your holiness to all problems, difficulties or suffering in any form that you happen to think of in yourself or someone else. We will make no distinctions because there are no distinctions.

In the four longer practice periods, each preferably to last a full five minutes, repeat the idea for today, close your eyes, and then search your mind for any sense of loss or unhappiness of any kind as you see it. Try to make as little distinction as possible between a situation that is difficult for you and one that is difficult for someone else. Identify the situation specifically, and also the name of the person concerned. Use this form in applying the idea for today:

“In the situation involving __________ in which I see myself, there is nothing that my holiness cannot do.”

From time to time you may want to vary this procedure, and add some relevant thoughts of your own. You might like, for example, to include thoughts such as:

“There is nothing my holiness cannot do because the power of God lies in it.”

Introduce whatever variations appeal to you, but keep the exercises focused on the theme, “There is nothing my holiness cannot do.”

The purpose of today’s exercises is to begin to instill in you a sense that you have dominion over all things because of what you are. In the frequent shorter applications, apply the idea in its original form unless a specific problem concerning you or someone else arises, or comes to mind. In that event, use the more specific form of application.

Email ThisBlogThis!Share to TwitterShare to FacebookShare to Pinterest
Labels: A Course in Miracles, Atonement, Errors, Fear, God, Healing, Salvation, Urtext, Use of Terms, Workbook for Students