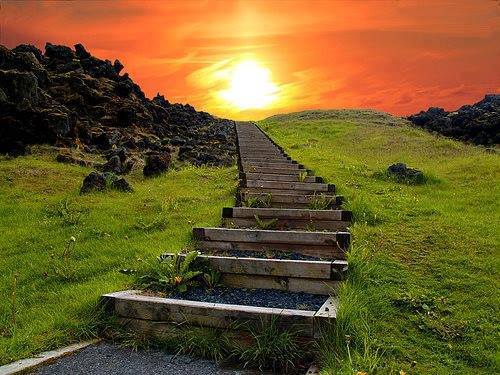 Because Cayce was a somewhat erratic listener, he was compelled to correct his own errors at very great length, and not always adequately. Consider the basis from which he started, when he began with “yes, we have the body.” It is noteworthy that in all these readings, a large section was actually devoted to the body, even though he usually concluded with the caution that the body cannot be healed by itself. It would have saved an enormous number of words if he had always begun with this.

Cayce and his devotion to me are in no way underestimated by the realization that he worked under very great strain, which is ALWAYS a sign that something is wrong. One of the difficulties inherent in trance states is that it is very difficult to overcome the split which the trance itself induces through the medium of communications made while in the trance state.

Cayce’s whole approach put him in a real double-bind, from which he did not recover. When he spoke of a dream in which he saw his own rather immanent reincarnation, he was perfectly accurate. He was sufficiently attuned to real communication to make it easy to correct his errors, and free himself to communicate without strain. It is noticeable throughout his notes that he frequently engaged in a fallacy that we have already noted in some detail: namely, the tendency to endow the physical with nonphysical properties.

Cayce suffered greatly from this error. He did not make either of the other three. However, you will remember that it is this one which is particularly vulnerable to magical associations. Cayce’s accuracy was so great that, even when he did this, he was able to apply it constructively. But it does not follow that this was a genuinely constructive approach.

It should also be noted that, when Cayce attempted to “see” the body in proper perspective, he saw physically discernible auras surrounding it. This is a curious compromise, in which the nonphysical attributes of the self are approached AS IF they could be seen with the physical eye.

Cayce’s illiteracy never stood in his way. This is because illiteracy does not necessarily imply any lack of love, and in Cayce’s case very definitely did not. He therefore had no difficulty at all in overcoming this seeming limitation. What DID hamper him was a profound sense of personal unworthiness, which, characteristically enough, was sometimes over-compensated for in what might be called a Christian form of grandiosity. Cayce was essentially uncharitable to himself. This made him very erratic in his own miracles, and, because he was genuinely anxious to help others, left himself in a highly vulnerable position.

His son comments both on the rather erratic nature of the Cayce household, and also on the rather uneven nature of Cayce’s temper. Both of these observations are true, and clearly point to the fact that Cayce did not apply the Peace of God to himself. Once this had occurred, particularly in a man whose communication channels were open, it was virtually impossible for him to escape external solutions.
Cayce was a very religious man, who should have been able to escape fear through religion. Being unable to apply his religion wholeheartedly to himself, he was forced to accept certain magical beliefs which were alien to his own Christianity. This is why he was so different when he was asleep, and even disowned what he said in this state.

The lack of integration which this split state implies is clearly shown in certain off-the-mark detours into areas such as the effects of stones on the mind, and some curious symbolic attempt to integrate churches and glands. (This is hardly more peculiar than some of your own confusion.)

Cayce’s mind was imprisoned to some extent by an error against which you have been cautioned several times. He looked to the past for an EXPLANATION of the present, but he never succeeded in separating the past FROM the present. When he said “mind is the builder,” he did not realize that it is only what it is building NOW that really creates the future. The past, in itself, does not have the ability to do this. Whenever we move from one instant to the next, the previous one no longer exists. In considering the body as the focus for healing, Cayce was expressing his own failure to accept this AS ACCOMPLISHED. He did not fail to recognize the value of the Atonement for others, but he did fail to accept its corrective merit for himself.

As we have frequently emphasized, man CANNOT control his own errors. Having created them, he does believe in them. Because of his failure to accept his own perfect freedom FROM the past, Cayce could not really perceive others as similarly free. This is why I have not wholly endorsed the Cayce documents for widespread use.

I am heartily supportive of the ARE’s endeavor to make Cayce’s singular contributions immortal, but it would be most unwise to have them promulgated as a faith until they have been purged of their essential errors. This is why there have been a number of unexplained setbacks in their explication. It is also one of the many reasons why the Cayce material, a major step in the speedup, must be properly understood before it can be meaningfully validated.

Cayce’s son has been wise in attempting to deal with reliability, which in Cayce’s case is very high. There is a way of validating the material, and Hugh Lynn is perfectly aware that this must be done eventually. He is also aware of the fact that he is unable to do it. In the present state of the material, it would be most unwise even to attempt it. There is too much that IS invalid. When the time comes that this can be corrected to the point of real safety, I assure you it will be accomplished. In tribute to Cayce, I remind you that no effort is wasted, and Cayce’s effort was very great.

It would be most ungrateful of me if I allowed his work to produce a generation of witch doctors. I am sorry that Cayce himself could not rid himself of a slight tendency in this direction. But fortunately I have a fuller appreciation of him than he had.

I am repeating here a Biblical injunction of my own, already mentioned elsewhere, that if my followers eat any deadly thing it shall not hurt them. This is what Cayce could NOT believe, because he could not see that, as a Son of God, he WAS invulnerable.

2. WHO ARE THEIR PUPILS?

Certain pupils have been assigned to each of God’s teachers, and they will begin to look for him as soon as he has answered the Call. They were chosen for him because the form of the universal curriculum that he will teach is best for them in view of their level of understanding. His pupils have actually been waiting for him, for his coming is certain. Again, it is only a matter of time. Once he has chosen to fulfill his role, they are ready to fulfill theirs. Time waits on his choice, but not whom he will serve. When he is ready to learn, the opportunities to teach will be provided for him.

In order to understand the teaching-learning plan of salvation, it is necessary to grasp the concept of time which the course sets forth. Atonement corrects illusions, not truth. Therefore, it corrects what never was. Further, the plan for this correction was established and completed simultaneously, for the Will of God is entirely apart from time. So is all reality, being of Him. The instant the idea of separation entered the mind of God's Son, in that same instant was God's Answer given. In time this happened very long ago. In reality it never happened at all.

Today we are continuing with the idea for yesterday, adding another dimension to it. You cannot see in darkness, and you cannot make light. You can make darkness and then think you see in it, but light reflects life, and is therefore an aspect of creation. Creation and darkness cannot coexist, but light and life must go together, being but different aspects of creation.

In order to see, one must recognize that light is within, not without. You do not see outside yourself. Nor is the equipment for seeing outside you. An essential part of this equipment is the light that makes seeing possible. It is with you always, making vision possible in every circumstance.

Today we are going to attempt to reach that light. For that purpose, we will use a form of practice which has been suggested once before, and which we will utilize increasingly. It is a particularly difficult form for the undisciplined mind because it represents a major goal of mind training. It embodies precisely what the untrained mind lacks. Yet the training must be accomplished if you are to see.

Have at least three practice periods today, each lasting three to five minutes. A longer time is highly recommended, but only if you find the time merely slipping by with little or no sense of strain. The form of exercise we will use today is the most natural and easy one in the world for the trained mind, just as it seems to be the most unnatural and difficult for the untrained mind.

Your mind is no longer wholly untrained. You are quite ready to learn the form of exercise we will use today, but you may find that you will encounter strong resistance. The reason is very simple. While you practice in this form, you leave behind everything that you now believe, and all the thoughts which you have made up. Properly speaking, this is the release from hell. Perceived through the ego’s eyes, it is loss of identity and a descent into hell.

If you can stand aside from the ego ever so little, you will have no difficulty in recognizing that its opposition and fears are meaningless. You might find it helpful to remind yourself from time to time that to reach light is to escape from darkness, whatever you may believe to the contrary. God is the Light in which you see. You are attempting to reach Him.

Begin the practice period by repeating today’s idea with your eyes open, and close them slowly, repeating the idea several times more. Then try to sink into your mind, letting go every kind of interference and intrusions by quietly sinking past them. Your mind cannot be stopped in this unless you choose to stop it. It is merely taking its natural course. Try to observe your passing thoughts without involvement, and slip quietly by them.

If resistance rises in any form, pause long enough to repeat today’s idea, keeping your eyes closed unless you are aware of fear. In that case, you will probably find it more reassuring to open your eyes briefly. Try, however, to return to the exercises as soon as possible.

If you are doing the exercises correctly, you should experience some sense of relaxation, and even a feeling that you are approaching, if not actually entering into light. Try to think of light, formless and without limit, as you pass by the thoughts of this world. And do not forget that they cannot hold you to the world unless you give them the power to do so.

Throughout the day, repeat the idea often, with eyes open or closed as seems better to you at the time. Do not forget. Above all, be determined not to forget today.