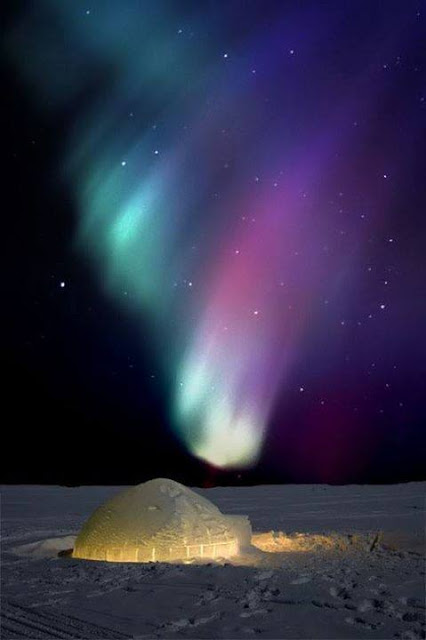 Conflict and the Ego

[FIP T-3.IV. Error and the Ego]
Most of the abilities man now possesses are only shadows of his real strengths. The Soul knows, loves, and creates. These are its unequivocal functions. All of the functions of man are equivocal, or open to question or doubt. This arises is because he can no longer be certain how he will USE them. He is therefore incapable of knowledge, because he is uncertain. He is also incapable of true loving, because he can perceive lovelessly. He cannot create surely, because perception deceives, and illusions are not sure pure.

Perception did not exist until the Separation had introduced degrees, aspects and intervals. The Soul has no levels, and ALL conflict arises from the concept of levels. Wars arise when some regard others as if they were on a different level. All interpersonal conflicts arise from this fallacy. Only the levels of the Trinity are capable of Unity. The levels which man created by the Separation are disastrous.

They cannot BUT conflict. This is because one is essentially meaningless to another. Freud realized this perfectly, and that is why he conceived as forever irreconcilable the different levels of his psyche. They were conflict-prone by definition, because they wanted different things and followed obeyed different principles.

In our picture of the psyche, there is an unconscious level, which properly consists ONLY of the miracle ability and should be under MY direction; and a conscious level, which perceives
or is aware of impulses from both the unconscious and the superconscious. These are the sources of the impulses it receives. Consciousness is thus the level of perception, but NOT of knowledge. Again, to PERCEIVE is NOT to know. (In this connection, Cayce is more accurate than Freud.)
Consciousness was the first split that man introduced into himself. He became a PERCEIVER rather than a creator in the true sense.

Consciousness is correctly identified as the domain of the ego. Jung was right indeed in insisting that the ego is NOT the self, and the self should be regarded as an achievement. He did not RECOGNIZE (a term we now understand) that the Achievement was God’s. In a sense, the ego was a man-made attempt to perceive himself as he wished, rather than as he IS. This is an example of the created/creator confusion we spoke of before. He can only KNOW himself as he IS, because that is all he can be SURE of. Everything else IS open to question.

The ego is the questioning compartment in the post-Separation psyche which man created for himself. It is capable of asking valid questions, but not of perceiving wholly valid answers, because these are cognitive, and cannot BE perceived. The endless speculation about the meaning of mind has led to considerable confusion because the mind IS confused. Only One-Mindedness is without confusion. A separate, or divided, mind MUST be confused. A divided mind is uncertain by definition. It HAS to be in conflict because it is out of accord with itself.

Intrapersonal conflict arises from the same basis as interpersonal. One part of the psyche perceives another part as on a different LEVEL, and does not understand it. This makes the parts strangers to each other, WITHOUT RECOGNITION. This is the essence of the fear-prone condition, in which attack is ALWAYS possible.

Man has every reason to feel anxious, as he perceives himself. This is why he cannot escape fear until he KNOWS that he DID not and CAN not create himself. He can NEVER make this misperception valid, and when he at last PERCEIVES clearly, he is GLAD HE CAN'T. His Creation is beyond his own error variance, and this is why he MUST eventually choose to heal the Separation.

Right-mindedness is not to be confused with the KNOWING mind, because it is applicable only to right perception. You can be right-minded or wrong-minded, and this is subject to degrees, a fact which clearly demonstrates a lack of association with knowledge. (No, Helen, this is PERFECTLY clear and DOES follow the previous section. Neither you nor I is at all confused, even in grammar.)

The term “right-mindedness” is properly used as the correction for wrong-mindedness, and applies to the state of mind which induces accurate perception. It is miraculous because it heals misperception, and healing is indeed a miracle, in view of how man perceives himself. Only the sick NEED healing. The Soul does not need healing, but the mind DOES.

Freud gave a very graphic but upside down account of how the divisions of the mind arose from the bottom UP. Actually, this is impossible, because the unconscious cannot create the conscious. You cannot create something you can't KNOW. Freud was greatly worried about this, being VERY bright, though misguided, and attempted to get around it by introducing a number of “borderline” areas which merely resulted in fuzziness. This was particularly unfortunate, because he was capable of going much higher, if he had not been so afraid. This is why he kept pulling the mind DOWN.

Perception ALWAYS involves some misuse of will, because it involves the mind in areas of uncertainty. The mind is very active because it has will-power. When it willed the Separation it willed to perceive. Until it chose to do this, it willed only to know. Afterwards, it had to will ambiguously, and the only way out of ambiguity IS clear perception.

3. WHAT ARE THE LEVELS OF TEACHING?

The teachers of God have no set teaching level. Each teaching-learning situation involves a different relationship at the beginning, although the ultimate goal is always the same; to make of the relationship a holy relationship, in which both can look upon the Son of God as sinless. There is no-one from whom a teacher of God cannot learn, so there is no-one whom he cannot teach. However, from a practical point of view he cannot meet everyone, nor can everyone find him. Therefore, the plan includes very specific contacts to be made for each teacher of God. There are no accidents in salvation. Those who are to meet will meet, because together they have the potential for a holy relationship. They are ready for each other.

If you are trusting your own strength, you have every reason to be apprehensive, anxious, and fearful. What can you predict or control? What is there in you that can be counted on? What would give you the ability to be aware of all the facets of any problem, and to resolve them in such a way that only good can come of it? What is there in you that gives you the recognition of the right solution, and the guarantee that it will be accomplished?

Today we will try to reach past your own weakness to the Source of real strength. Four five-minute practice periods are necessary today, and longer and more frequent ones are urged. Close your eyes and begin as usual by repeating today’s idea. Then spend a minute or two in searching for situations in your life which you have invested with fear, dismissing each one by telling yourself:

“God is the Strength in which I trust.”

Now try to slip past all concerns related to your own sense of inadequacy. It is obvious that any situation that causes you concern is associated with feelings of inadequacy, since otherwise you would believe that you could deal with the situation successfully. It is not by trusting yourself that you will gain confidence. But the strength of God in you is successful in all things.

The recognition of your own frailty is a necessary step in the correction of your errors. But it is hardly a sufficient one in giving confidence which you need and to which you are entitled.

Repeat the idea for today often. Use it as your answer to any disturbance. Remember that peace is your right because you are giving your trust to the strength of God.