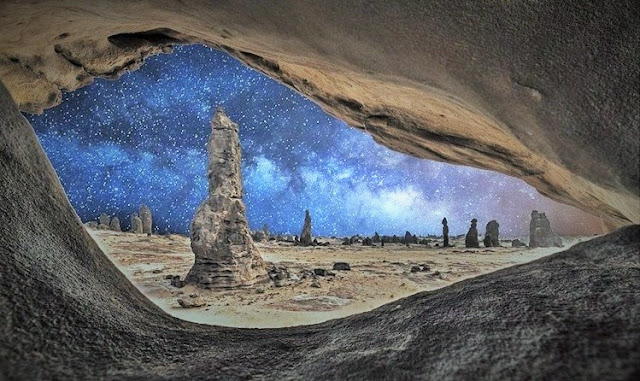 (Note that the term “insight,” though referring to lofty perception, is not an attribute of knowledge. This is why terms like “lofty” are meaningless in this context. Insight is not the way TO knowledge, but it IS a prerequisite FOR knowledge. Being of God, knowledge has nothing to do with your perceptions at all. That is why it can only be a gift of God TO you.)

The Loss of Certainty

We said before that the abilities which man possesses are only shadows of his true abilities. The Soul’s true functions are knowing, loving, and creating. The intrusion of the ability to perceive, which is inherently judgmental, was introduced only after the Separation. No-one has been sure of anything since then. You will also remember that I made it very clear that the Resurrection was the return to knowledge, which was accomplished by the union of my will with the Father’s.

Since the Separation, the words “create” and “make” are inevitably confused. When you make something, you make it first out of a sense of lack or need, and second, out of a something that already exists. Anything that is made is made for a specific purpose. It has no true generalizability.

When you make something to fill a perceived lack, which is obviously why you would make anything, you are tacitly implying that you believe in the Separation. Knowing does not lead to doing, as we have frequently observed already.

What appears to be contradictory about the difference between knowing and perceiving, and Revelation and miracles, is again the fallacy that is the root cause of all subsequent errors. The miracle was associated with perception, and not with knowing. However, we also noted that prayer is the medium of miracles, and also the natural communication of the Creator and the Created. Prayer is always an affirmation of knowledge, not of accurate perception. That is why unless perception has entered into it, it calls on Revelation.

The confusion between your own creation and what you create is so profound that it has literally become impossible to know anything, because knowledge is always stable. It is quite evident that human beings are not. Nevertheless, they are perfectly stable as God created them. In this sense, when their behavior is unstable, they are obviously disagreeing with God’s idea of the Creation. This is a fundamental right of man, although not one he would care to exercise if he were in his Right Mind.

The problem that is bothering you most is the fundamental question which man continually asks of himself, but which cannot properly be directed to himself at all. He keeps on asking “himself” what he is. This implies that the answer is not only one which he knows, but one which is up to him. The first part of this statement is perfectly true, but the second part is not. We have frequently commented on the absolute necessity of correcting all fallacious thinking which associates man in any way with his own Creation.

Man CANNOT perceive himself correctly. He has no image at all. The word “image” is always perception related, and is not a product of knowing. Images are symbolic, and stand for something else. The current emphasis on “changing your image” is a good description of the power of perception, but it implies that there is nothing to KNOW.

Prayer is the medium of miracles, not because God created perceptions, but because God created YOU. At the beginning of this course, we said that YOU are a miracle. Therefore, the miracle worker is a miracle NOT of his own creation. Unless perception rests on some knowing basis, it is so unstable that it doesn’t mean anything. Knowing is not open to interpretation, because its meaning is its own. It is possible to interpret meaning, but this is always open to error because it involves the perception of meaning. All of these wholly needless complexities are the result of man’s attempt to regard himself both as separated and unseparated at the same time. It is impossible to undertake a confusion as fundamental as this without engaging in further confusion.

Methodologically, man’s mind has been very creative. But, as always occurs when method and content are separated, it has not been utilized for anything but an attempt to escape a fundamental and entirely inescapable impasse. This kind of thinking cannot result in a creative outcome, though it has resulted in considerable ingenuity. It is noteworthy, however, that this ingenuity has almost totally divorced him from knowledge.

Knowledge does not require ingenuity at all. When we say “the truth shall set you free,” we mean that all this kind of thinking is a waste of time, but that you are free of the need of engaging in it.

Note again that the functions of the Soul were not referred to as abilities. This point requires clarification, because abilities are beliefs which are BASED on the scarcity fallacy, since they do not mean anything apart from within-group comparisons. As you yourself never fail to point out, “nobody has none of an ability, and nobody has all of it.” That is, of course, why the curve never rests on the line. The clearest implications of relativity, which properly inheres in this statement, DEMONSTRATE that abilities are not functions of the Soul. The Soul’s functions are NOT relative. They are ABSOLUTE. They are OF God and FROM God, and therefore God-like.

Urtext – Manual for Teachers (What are the Levels of Teaching? continued)

It is difficult to understand that levels of teaching the universal course is a concept as meaningless in reality as is time. The illusion of one permits the illusion of the other. In time, the teacher of God seems to begin to change his mind about the world with a single decision, and then learns more and more about the new direction as he teaches it. We have covered the illusion of time already, but the illusion of levels of teaching seems to be something different. Perhaps the best way to demonstrate that these levels cannot exist is simply to say that any level of the teaching-learning situation is part of God's plan for Atonement, and His plan can have no levels, being a reflection of His Will.

Salvation is always ready and always there. God's teachers work at different levels, but the result is always the same.

It is quite possible to listen to God’s Voice all day without interrupting your regular activities in any way. The part of your mind in which truth abides is in constant communication with God, whether you are aware of it or not. It is the other part of your mind that functions in the world and obeys the world’s laws. It is this part which is constantly distracted, disorganized, and highly uncertain.

The part that is listening to the Voice of God is calm, always at rest and wholly certain. It is really the only part there is. The other part is a wild illusion, frantic and distraught, but without reality of any kind. Try today not to listen to it. Try to identify with the part of your mind where stillness and peace reign forever. Try to hear God’s Voice call to you lovingly, reminding you that your Creator has not forgotten His Son.

We will need at least four five-minute practice periods today, and more if possible. We will try actually to hear the Voice reminding you of God and of your Self. We will approach this happiest and holiest of thoughts with confidence, knowing that in doing so we are joining our will with the Will of God. He wants you to hear His Voice. He gave It to you to be heard.

Do so with your eyes open when necessary, but closed when possible. And be sure that you sit quietly and repeat the idea for today slowly whenever you can, closing your eyes on the world, and realizing that you are inviting God’s Voice to speak to you.