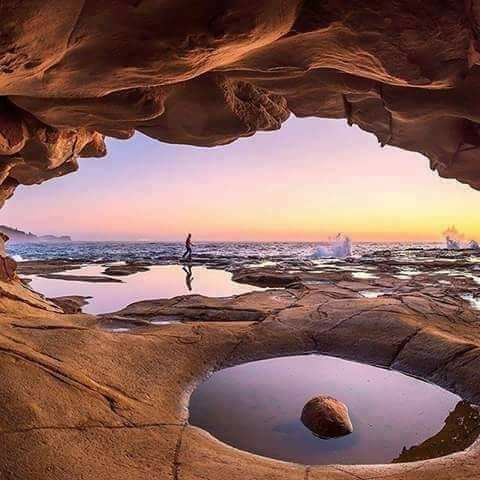 Prayer is a way of asking for something. When we said that prayer is the medium of miracles, we also said that the only meaningful prayer is for forgiveness, because those who have been forgiven HAVE everything. Once forgiveness has been accepted, prayer in the usual sense becomes utterly without meaning. Essentially, a prayer for forgiveness is nothing more than a request that we may be able to recognize something we already have.

In electing the ability to perceive instead of the will to know, man placed himself in a position where he could resemble his Father ONLY by perceiving miraculously. But he lost the knowledge that he HIMSELF is a miracle. MIRACULOUS CREATION was his own Source, and also his own real function. “God created man in his own image and likeness” is correct in meaning, but the words are open to considerable misinterpretation. This is avoided, however, if “image” is understood to mean “thought,” and “likeness” is taken as “of a like quality.” God DID create the Son in His own Thought, and of a quality like to His own. There IS nothing else.

Perception is impossible WITHOUT a belief in “more” and “less.” Unless perception, at every level, involves selectivity, it is incapable of organization. In all types of perception, there is a continual process of accepting and rejecting, of organizing and reorganizing, and of shifting and changing focus. Evaluation is an essential aspect of perception, because judgment MUST be made for selection. “Lack of lack” is a concept which is meaningless to a perceiver, because the ability to perceive at all RESTS ON lack.

What happens to perceptions if there ARE no judgments, and there is nothing BUT perfect equality?

Perception is automatically useless. Truth can only be KNOWN. All of it is equally true, and knowing any part of it IS to know all of it.

Only perception involves partial awareness. Knowledge transcends ALL of the laws which govern perception. Partial KNOWLEDGE is impossible. It is all One, and has no separate parts. (i.e. the parts have NOT separated.) This IS the real knowledge. You who are really one with it need but know YOURSELF and your knowledge is complete. To know God’s miracle is to know Him.

Forgiveness is the healing of the perception of separation. Correct perception of EACH OTHER is necessary ONLY because minds have willed to see themselves AS separate beings. Each Soul knows God completely. This IS the miraculous power of the Soul. The fact that each Soul has this power completely is a fact that is entirely alien to human thinking, in which if any ONE has everything, there is nothing LEFT.

God’s miracles are as total as His Thought, because they ARE His thoughts. God shines in them all with perfect light. If they recognize this light anywhere, they know it universally. Revelation cannot be explained, because it IS knowledge. Revelation HAPPENS. It is the only REALLY natural happening, because it reflects the nature of God.

As long as perception lasts, prayer has a place. Since perception rests on lack, those who perceive have not totally accepted the Atonement and given over themselves to truth. Perception IS a separated state, and the perceiver DOES need healing. Communion, not prayer, is the natural state of those who know. God and HIS miracles are inseparable.

All words, at best, are preparatory. THE word is really a thought. No one WORD is universally meaningful, because a word is a symbol, but thought is indivisible not divisible by creation. The original words name for “thought” and “word” was the same. The quotation should read “In the beginning was the thought, and the thought was with God, and the thought WAS God.” How beautiful indeed are the thoughts of God, who live in His light. Your worth is beyond perception because it is beyond doubt.

Do not perceive yourself in different lights. KNOW yourself in the One Light, where the miracle which is you is perfectly clear.

The prerequisites for therapy must include the following conditions:

1. The procedure must involve the recognition rather than the denial of the importance of thought.

2. The exact equality of everyone who is involved. This must include Me.

3. No-one is either therapist or patient. (Bill should add “teacher or pupil.”)

4. Above all EVERYONE involved must want to give up everything that is NOT true. The reason for the negative emphasis here is that therapy implies something HAS gone wrong. Even though the purpose is to correct, those who are ill ARE negative.

5. Therapy is EXACTLY the same as all other forms of miracle-working. It has no separate laws of its own. All of the points that were given for miracles apply to therapy because, UNLESS therapy proceeds from miracle-mindedness, it CANNOT heal.

6. The therapist (hopefully) does have the role of being the better perceiver. (This is also, again hopefully, true of the teacher.) It does not follow that he is the better knower. Temporarily, the therapist or teacher can help in straightening out twisted perceptions, which is also the only role that I would ever contribute myself. All therapy should do is try to place EVERYONE involved in the right frame of mind to help one another. It is essentially a process of true courtesy, including courtesy to Me.

Urtext – Manual for Teachers (What are the Levels of Teaching? continued)

Each teaching-learning situation is maximal in the sense that each person involved will learn the most that he can from the other person at that time. In this sense, and in this sense only, we can speak of levels of teaching. Using the term in this way, the second level of teaching is a more sustained relationship, in which, for a time, two people enter into a fairly intense teaching-learning situation and then appear to separate. As with the first level, these meetings are not accidental, nor is what appears to be the end of the relationship a real end. Again, each has learned the most he can at the time. Yet all who meet will someday meet again, for it is the destiny of all relationships to become holy. God is not mistaken in His Son.

Here is the answer to every problem that confronts you today and tomorrow and throughout time. In this world, you believe you are sustained by everything but God. Your faith is placed in the most trivial and insane symbols; pills, money, “protective” clothing, “influence,” “prestige,” being liked, knowing the “right” people, and an endless list of forms of nothingness which you endow with magical powers. All these things are your replacements for the Love of God. All these things are cherished to ensure a body identification. They are songs of praise to the ego.

Do not put your faith in the worthless. It will not sustain you. Only the Love of God will protect you in all circumstances. It will lift you out of every trial, and raise you high above all the perceived dangers of this world into a climate of perfect peace and safety. It will transport you into a state of mind which nothing can threaten, nothing can disturb, and nothing can intrude upon the eternal calm of the Son of God.

Put not your faith in illusions. They will fail you. Put all your faith in the Love of God within you, eternal, changeless and forever unfailing. This is the answer to whatever confronts you today. Through the Love of God in you, you can resolve all seeming difficulties without effort and in sure confidence. Tell yourself this often today. It is a declaration of release from the belief in idols. It is your acknowledgment of the truth about yourself.

Twice today, morning and evening, let the idea for today sink deep into your consciousness. Repeat it, think about it, let related thoughts come to help you recognize its truth, and allow peace to flow over you like a blanket of protection and surety. Let no idle and foolish thoughts enter to disturb the holy mind of the Son of God. Such is the Kingdom of Heaven. Such is the resting-place where your Father has placed you forever.