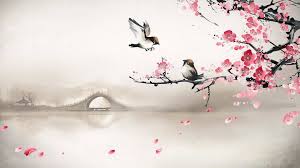 A Course in Miracles


Only those who give over all desire to reject can KNOW that their own rejection is impossible. You have not usurped the power of God, but you HAVE lost it. Fortunately, when you lose something, this does not mean that the something has gone. It merely means that YOU do not know where it is. Existence does not depend on your ability to identify it, or even to place it. It is perfectly possible to look on reality without judgment, and merely KNOW it is there. By knowing this, you are not doubting its reality at all.


Peace is a natural heritage of the Soul. Everyone is free to refuse to accept his inheritance, but he is NOT free to establish what his inheritance IS. The problem which everyone MUST decide is the fundamental question of his own authorship. All fear comes ultimately, and sometimes by way of very devious routes, from the denial of Authorship. The offense is never to God, but only to the denier himself. He has thrown away the reason for his own peace, and sees himself only in pieces. This strange perception IS an authority problem. It is also the basis for castration anxiety, since both forms of error are fundamentally the same.

Neither you nor Bill can find peace while this authority problem continues. But the truth is still that there IS no problem about this. There is no man who does not feel that he is imprisoned in some way. If this has been the result of his own free will, he must regard his will as if it were NOT free, or the obviously circular reasoning of his own position would be quite apparent.

Free will MUST lead to freedom. Judgment always imprisons, because it separates segments of reality according to highly unstable scales of desire. Wishes are not facts, by definition. To wish is to imply that willing is not sufficient. However, no-one really believes that what is wished is as real as what is willed. Instead of “seek you first the Kingdom of Heaven” say “Will ye first the Kingdom of Heaven,” and you have said “I know what I am, and I will to accept my own inheritance.”

This whole part goes after the special notes for Bill and His course. Two notes follow these ones from this point. And be sure you don’t stop without asking.

It is ESSENTIAL that this whole authority problem be voluntarily dismissed at once and for all before Bill’s course. Neither of you understands how important this is for your sanity. You are both quite insane on this point. (This is not a judgment. It is merely a fact. (No, Helen, you SHOULD use the word “fact.” This is just as much a fact as God is. A fact is literally a “making” or a starting point. You DO start from this point, and your thinking is inverted because of it.))

Creating versus the Self-Image

[FIP T-3.VII.]
Every system of thought MUST have a starting point. It begins with either a making or a creating, a difference which we have already covered. Both are acts of will, except that making involves doing, and creating involves active willing. Their resemblance lies in their power as FOUNDATIONS. Their difference lies in what rests upon them. Both are cornerstones for systems of belief by which men live.

It is a mistake to believe that a thought-system which is based on lies is weak. NOTHING made by a child of God is without power. It is absolutely essential that you realize this, because otherwise you will not understand why you have so much trouble with this course, and will be unable to escape from the prisons you have created for yourselves (This WAS an error. You should have said “made for yourselves”).

You have both made the error of the psychotherapist we described in some detail before, and it is particularly serious at this time. You cannot resolve your authority problem by depreciating the power of your minds. It CAN hurt you if you misuse it, because you KNOW its strength and you also know that belittling it you CANNOT weaken it any more than you can weaken God.

The devil is a frightening concept ONLY because he is thought of as extremely powerful and extremely active. He is perceived as a force in combat with God, battling Him for the possession of Souls. He deceives by lies, and builds kingdoms of his own, in which everything is in direct opposition to God. Yet, he ATTRACTS men rather than repels them, and they are perceived as willing to “sell” him their Souls in return for gifts they KNOW are of no real worth at all.

We have discussed the meaning of the fall or Separation before, but its meaning must be clearly understood, without symbols. The Separation is NOT symbolic. It is an order of reality, or a system of thought that is PERFECTLY real in time, though not in Eternity. All beliefs are real to the believer.

The fruit of only ONE tree was “forbidden” to man (in his symbolic garden). But God could not have forbidden it, or it could not have BEEN eaten. If God knows His children, and I assure you He does, would He have put them in a position where their own destruction was possible? The “tree” which was forbidden was correctly named “tree of knowledge.” Yet God created knowledge, and gave it freely to His Creations. The symbolism here is open to many interpretations, but you may be SURE that any interpretation which perceives either God OR His creations as if they were capable of destroying their own Purpose is wrong.

Urtext – Manual for Teachers (What are the Characteristics of God’s Teachers? cont.)

First, they must go through what might be called “a period of undoing.” This need not be painful, but it usually is so experienced. It seems as if things are being taken away, and it is
rarely understood initially that their lack of value is merely being recognized. How can lack of value be perceived unless the perceiver is in a position where he must see things in a different light? He is not yet at a point at which he can make the shift entirely internally. And so the plan will sometimes call for changes in what seem to be external circumstances. These changes are always helpful. When the teacher of God has learned that much, he goes on to the second stage.

Part I
Review I
﻿
﻿1 Beginning with today, we will have a series of review periods. Each of them will cover five of the ideas already presented, starting with the first and ending with the fiftieth. There will be a few short comments after each of the ideas which you should consider in your review. In the practice periods, the exercises should be done as follows:

2 Begin the day by reading the five ideas, with the comments included. Thereafter, it is not necessary to follow any particular order in considering them, though each one should be practiced at least once. Devote two minutes or more to each practice period, thinking about the idea and the related comments. Do this as often as possible during the day. If any one of the five ideas appeals to you more than the others, concentrate on that one. At the end of the day, however, be sure to review all of them once more.

3 It is not necessary to cover the comments that follow each idea literally or thoroughly in the practice periods. Rather, try merely to emphasize the central point and think about it as part of your review of the idea to which it relates.

4 The review exercises should be done with your eyes closed and when you are alone in a quiet place if possible. This is emphasized particularly for reviews at your stage of learning. It will be necessary, however, that you learn to require no special settings in which to apply what you have learned. You will need it most in situations which appear to be upsetting, rather than in those which already seem to be calm and quiet.

5 The purpose of your learning is to enable you to bring the quiet with you and to heal distress and turmoil. This is not done by avoiding them and seeking a haven of isolation for yourself. You will yet learn that peace is part of you and requires only that you be there to embrace any situation in which you are. And finally you will learn that there is no limit to where you are, so that your peace is everywhere, as you are.

6 You will note that for review purposes the ideas are not always given in quite their original form of statement. Use them as they are given here. It is not necessary to return to the original statements nor to apply the ideas as was suggested then. We are now emphasizing the relationships among the first fifty of the ideas we have covered and the cohesiveness of the thought system to which they are leading you.

﻿
1 These are the review ideas for today:

2 Neutral thoughts are impossible because all thoughts have power. They will either make a false world or lead me to the real one. But thoughts cannot be without effects. As the world I see arises from my thinking errors, so will the real world rise before my eyes as I let my errors be corrected. My thoughts cannot be neither true nor false. They must be one or the other. What I see shows me which they are.

[18] I am not alone in experiencing the effects of my seeing.

[19] I am not alone in experiencing the effects of my thoughts.

5 I am alone in nothing. Everything I think or say or do touches all the universe. A Son of God cannot think or speak or act in vain. He cannot be alone in anything. It is therefore in my power to change every mind along with mine, for mine is the power of God.

Email ThisBlogThis!Share to TwitterShare to FacebookShare to Pinterest
Labels: A Course in Miracles, Holy Spirit, Mind, Text, Workbook for Students