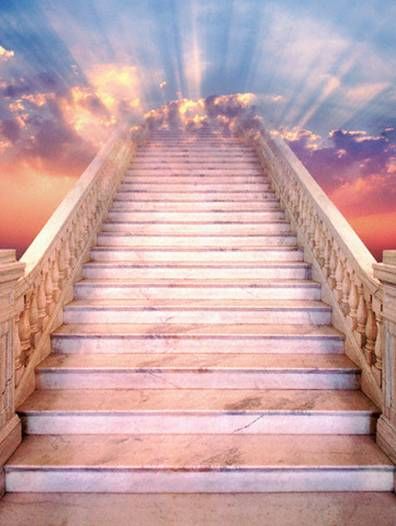 Grandeur is of God, and ONLY of Him. Therefore, it is in you. Whenever you become aware of it, however dimly, you abandon the ego automatically, because in the presence of the grandeur of God, the meaninglessness of the ego becomes perfectly apparent. Though it does not understand this, the ego believes that its “enemy” has struck, and attempts to offer gifts to induce you to return to its protection. SELF-inflation is the only offering it can make. The grandiosity of the ego is its alternative to the grandeur of God. Which will you choose?

Grandiosity is ALWAYS a cover for despair. It is without hope, because it is not real. It is an attempt to COUNTERACT your littleness, based on the belief THAT THE LITTLENESS IS REAL.

WITHOUT this belief, the grandiosity is meaningless, and you could not possibly WANT it. The essence of grandiosity is competitiveness, because it ALWAYS involves ATTACK. It is a delusional attempt to OUTDO, but NOT to UNdo. We said before that the ego vacillates between suspiciousness and viciousness. It remains suspicious as long as you DESPAIR of yourself. It switches shifts to viciousness whenever you will not tolerate self-debasement, and seek relief. Then it offers you the delusion of ATTACK as a solution.

The ego does not know the difference between grandeur and grandiosity, because it does not know the difference between miracle-impulses and ego-alien beliefs of its own. We once said that the ego IS aware of threat to itself, but does NOT make appropriate distinctions between two ENTIRELY different kinds of threat to its existence. Its own PROFOUND sense of vulnerability renders it incapable of judgment, EXCEPT in terms of attack. When it experiences threat, its ONLY decision is whether to attack NOW, or withdraw to attack later. If you ACCEPT its offer of grandiosity, it will attack immediately. If you do not, it will wait.

The ego is immobilized in the presence of God’s grandeur, because HIS grandeur establishes YOUR freedom. Even the faintest hint of your reality literally drives the ego from your mind, because of the complete lack of investment in it. Grandeur is totally WITHOUT illusion, and because it is real, it is compellingly convincing. But the conviction of reality will not REMAIN with you, UNLESS YOU DO NOT ALLOW THE EGO TO ATTACK IT.

The ego will make every effort to recover, and mobilize its energies AGAINST your release. It will tell you that you are insane, and argue that grandeur CANNOT be a real part of you, because of the littleness in which IT believes. But your grandeur is NOT delusional, BECAUSE YOU DID NOT MAKE IT. YOU have made grandiosity, and are afraid of it, because it is a form of ATTACK. But your grandeur is of God, who created it out of His love. From your grandeur you can only bless, because your grandeur is your ABUNDANCE. By blessing you hold it in your mind, protecting it from illusions, and keeping yourself in the Mind of God.

Remember always that you cannot be anywhere EXCEPT in the Mind of God. When you FORGET this, you WILL despair, and you WILL attack. The ego depends SOLELY on your willingness to tolerate it. But if you are willing to look upon your grandeur, you CANNOT despair, and therefore you cannot WANT the ego. Your grandeur is God’s ANSWER to the ego, because it is true. Littleness and grandeur cannot co-exist, nor is it possible for them to alternate in your awareness. Littleness and grandiosity can and MUST, since both are untrue, and therefore on the same level. Being the level of shift, it is experienced as shifting, and extremes are its essential characteristic.

But truth and littleness are DENIALS of each other, and grandeur IS truth. Truth does not vacillate; it is ALWAYS true. When grandeur slips away from you, YOU HAVE REPLACED IT WITH SOMETHING YOU HAVE MADE. Perhaps it is the belief in littleness; perhaps it is the belief in grandiosity. But it MUST be insane, because it is NOT TRUE. Your grandeur will NEVER deceive you, but your illusions ALWAYS will. Illusions ARE deceptions.

You CANNOT triumph, but you ARE exalted. And in your exalted state, you seek others like you, and rejoice with them. It is easy to distinguish grandeur from grandiosity, simply because love is returned, but pride is not. Pride will not produce miracles, and therefore will deprive you of the true witnesses to your reality. Truth is not obscure nor hidden, but its obviousness to YOU lies in the joy you bring to its witnesses, WHO SHOW IT TO YOU. They attest to your grandeur, but they cannot attest to pride because pride is not shared.

Urtext – Manual for Teachers (How should the Teacher of God Spend His Day? cont.,)

Madness but seems terrible. In truth it has no power to make anything. Like the magic which becomes its servant, it neither attacks nor protects. To see it and to recognize its thought system is to look on nothing. Can nothing give rise to anger? Hardly so. Remember then, teacher of God, that anger recognizes a reality that is not there; yet is the anger certain witness that you do believe in it as fact. Now is escape impossible until you see you have responded to your own interpretation, which you have projected on an outside world. Let this grim sword be taken from you now. There is no death. This sword does not exist. The fear of God is causeless. But His Love is Cause of everything beyond all fear, and thus forever real and always true.

(End of How Should the Teacher of God Spend His Day?)

There is no love but God's.

1 Perhaps you think that different kinds of love are possible. Perhaps you think there is a kind of love for this, a kind for that; a way of loving one, another way of loving still another. Love is one. It has no separate parts and no degrees; no kinds nor levels, no divergencies and no distinctions. It is like itself, unchanged throughout. It never alters with a person or a circumstance. It is the heart of God, and also of His Son.

2 Love's meaning is obscure to anyone who thinks that love can change. He does not see that changing love must be impossible. And thus he thinks that he can love at times and hate at other times. He also thinks that love can be bestowed on one and yet remain itself although it is withheld from others. To believe these things of love is not to understand it. If it could make such distinctions it would have to judge between the righteous and the sinner and perceive the Son of God in separate parts.

3 Love cannot judge. As it is one itself, it looks on all as one. Its meaning lies in oneness. And it must elude the mind that thinks of it as partial or in part. There is no love but God's, and all of love is His. There is no principle which rules where love is not. Love is a law without an opposite. Its wholeness is the power holding everything as one, the link between the Father and the Son which holds them both forever as the same.

5 No laws the world obeys can help you grasp love's meaning. What the world believes was made to hide love's meaning and to keep it dark and secret. There is not one principle the world upholds but violates the truth of what love is and what you are as well. Seek not within the world to find your Self. Love is not found in darkness and in death. Yet it is perfectly apparent to eyes that see and ears that hear its Voice.

6 Today we practice making free our mind of all the laws you think you must obey, of all the limits under which you live, and all the changes which you think are part of human destiny. Today we take the largest single step this course requests in your advance toward its established goal. If you achieve the faintest glimmering of what love means today, you have advanced in distance without measure and in time beyond the count of years to your release.

7 Let us together, then, be glad to give some time to God today and understand there is no better use for time than this. For 15 minutes twice today escape from every law in which you now believe. Open your mind and rest. The world that seems to hold you prisoner can be escaped by anyone who does not hold it dear. Withdraw all value you have placed upon its meager offerings and senseless gifts, and let the Gift of God replace them all.

8 Call to your Father, certain that His Voice will answer. He Himself has promised this. And He Himself will place a spark of truth within your mind wherever you give up a false belief, a dark illusion of your own reality and what love means. He will shine through your idle thoughts today and help you understand the truth of love. In loving gentleness, He will abide with you as you allow His Voice to teach love's meaning to your clean and open mind. And He will bless the L e s s o n with His Love.

9 Today the legion of the future years of waiting for salvation disappears before the timelessness of what you learn. Let us give thanks today that we are spared a future like the past. Today we leave the past behind us, never more to be remembered. And we raise our eyes upon a different present, where a future shines unlike the past in every attribute.

10 The world in infancy is newly born. And we will watch it grow in strength and health to shed its blessing upon all who come to learn to cast aside the world they thought was made in hate to be love's enemy. Now are they all made free along with us. Now are they all our brothers in God's Love.

11 We will remember them throughout the day because we cannot leave a part of us outside our love if we would know our Self. At least three times an hour think of one who makes the journey with you and who came to learn what you must learn. And as he comes to mind, give him this message from your Self:

12 I bless you, brother, with the Love of God
Which I would share with you. For I would learn
The joyous lesson that there is no love
But God's and yours and mine and everyone's.