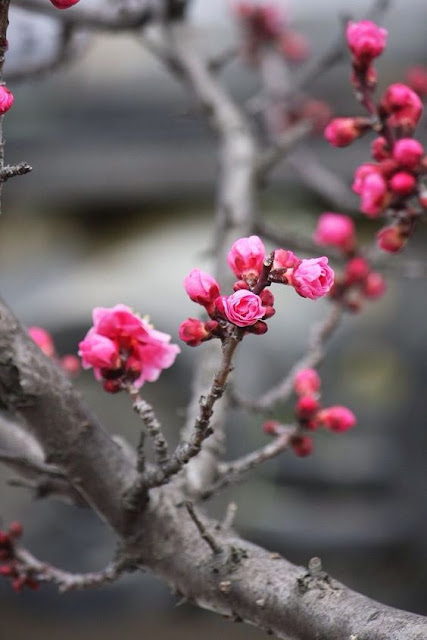 Day 148
The Lord is with you, yet but you know it not. Yet your Redeemer liveth, and abideth in you in the peace out of which He was created. Would you not exchange THIS awareness for the awareness of your fear? When we have OVERCOME fear, not by hiding it, not by minimizing it, not by denying its full import in ANY way, THIS IS WHAT YOU WILL REALLY SEE. You cannot lay aside the obstacle to real vision without looking upon it, for to lay aside means to judge AGAINST. If YOU will look, the Holy Spirit will judge, AND WILL JUDGE TRULY. He cannot shine away what YOU keep hidden, for you have not offered it TO Him, and He CANNOT take it FROM you.

We therefore are embarking on an organized, well-structured, and carefully planned program, aimed at learning how to offer to the Holy Spirit everything you do NOT want. HE knows what to DO with it. You do NOT know how to use what He knows. Whatever is revealed to Him that is not of God, is gone. But you must reveal it to YOURSELF in perfect willingness, for otherwise His knowledge remains useless TO you. Surely He will not fail to help you, since help is His ONLY purpose. Do you not have greater reason for fearing the world, as you perceive it, than for looking at the cause of fear, and letting it go forever?

The Investment in Reality

I once asked if you were willing to sell all you have, and give to the poor and follow me. This is what I meant: If you had no investment in anything in this world, you could teach the poor where THEIR treasure IS. The poor are merely those who have invested wrongly, and they are poor indeed! And because they are in need, it is given to you to help them, since you are among them. Consider how perfectly your lesson would be learned, IF YOU WERE UNWILLING TO SHARE THEIR POVERTY. For their For poverty is lack, and there is but one lack, since there is but one need.

Suppose a brother insists on having you do something you think you do not want to do. The very fact of his insistence should tell you that HE BELIEVES SALVATION LIES IN IT. If you insist on refusing, and experience a quick response of opposition, YOU are believing that YOUR salvation lies in NOT doing it. You, then, are making the same mistake that HE is, and are making his error real to both of you. Insistence means INVESTMENT, and what you invest in is ALWAYS related to your notion of salvation. The question is always two-fold; first, WHAT is to be saved, and second, how can it be saved?

Whenever you become angry with a brother, for WHATEVER reason, you are believing that the EGO is to be saved, AND TO BE SAVED BY ATTACK. If HE attacks, you are agreeing with this belief, and if YOU attack, you are reinforcing it. REMEMBER THAT THOSE WHO ATTACK ARE POOR. Their poverty asks for gifts, NOT for further impoverishment. You who could help them are surely acting destructively, if you accept their poverty AS YOURS. If you had not invested AS THEY HAD, it would never occur to you to overlook their need.

RECOGNIZE WHAT DOES NOT MATTER, and if your brothers ask you for something “outrageous,” do it BECAUSE it does not matter. Refuse, and your OPPOSITION establishes
that it DOES matter to you. It is only you, therefore, who have MADE the request outrageous, for nothing can BE asked OF you, and EVERY request of a brother is FOR you. Why would you insist in DENYING him? For to do so is to deny yourself, and impoverish both. HE is asking for salvation, as YOU are. Poverty is of the ego, and never of God. No “outrageous” request CAN be made of one who recognizes what is valuable, and wants to accept nothing else.

Salvation is for the mind, and it is attained through peace. This is the only thing that CAN be saved, and the ONLY way to save it. Any response OTHER than love, arises from a confusion about both the “what” and the “how” of salvation. And this is the ONLY answer. Never lose sight of this, and never allow yourself to believe, even for an instant, that there is another answer. For you will surely place yourself among the poor, who do not understand that they dwell in abundance and that salvation is come.

To identify with the ego is to attack yourself, and MAKE YOURSELF POOR. That is why everyone who identifies with the ego FEELS DEPRIVED. What he EXPERIENCES is then depression or anger, but what he DID is to exchange his self-love for self-hate, MAKING HIM AFRAID OF HIMSELF. He does NOT realize this. Even if he is fully aware of ANXIETY, he does NOT perceive its source AS HIS OWN EGO IDENTIFICATION, and he ALWAYS tried to handle it by making some sort of insane “arrangement” with the world. He ALWAYS perceives this world as OUTSIDE HIMSELF, for this is crucial to his adjustment. He does NOT realize that HE MAKES THIS WORLD, for there IS no world outside him.

For our purposes, it would not be helpful to take any definite stand on reincarnation. A teacher of God should be as helpful to those who believe in it as to those who do not. If a definite stand on it were required of him, it would merely limit his usefulness as well as his own decision-making. Our course is not concerned with any concept that is not acceptable to anyone, regardless of his formal beliefs. His ego will be enough for him to cope with, and it is not the part of wisdom to add sectarian controversies to his burdens. Nor would there be an advantage in his premature acceptance of the course merely because it advocates a long-held belief of his own.

It cannot be too strongly emphasized that this course aims at a complete reversal of thought. When this is finally accomplished issues such as the validity of reincarnation become meaningless. Until then they are likely to be merely controversial. The teacher of God is therefore wise to step away from all such questions, for he has much to teach and learn apart from them. He should both learn and teach that theoretical issues but waste time, draining it away from its appointed purpose. If there are aspects to any concept or belief that will be helpful, he will be told about it. He will also be told how to use it. What more need he know?

136. "Sickness is a defense against the truth."