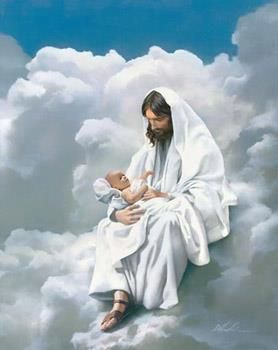 
I. Introduction
1 We said before that when a situation has been dedicated wholly to truth, peace is inevitable. Its attainment is the criterion by which the wholeness of the dedication can be safely assumed. Yet we also said that peace without faith will never be attained, for what is wholly dedicated to truth as its only goal is brought to truth by faith. This faith encompasses everyone involved, for only thus the situation is perceived as meaningful and as a whole. And everyone must be involved in it, or else your faith is limited and your dedication incomplete.

2 Every situation properly perceived becomes an opportunity to heal the Son of God. And he is healed because you offered faith to him, giving him to the Holy Spirit and releasing him from every demand your ego would make of him. Thus do you see him free, and in this vision does the Holy Spirit share. And since He shares it, He has given it, and so He heals through you. It is this joining Him in a united purpose which makes this purpose real because you make it whole. And this is healing. The body is healed because you came without it and joined the Mind in which all healing rests.

II. Healing and the Mind

3 The body cannot heal because it cannot make itself sick. It needs no healing. Its health or sickness depends entirely on how the mind perceives it and the purpose which the mind would use it for. And it is obvious that a segment of the mind can see itself as separated from the Universal Purpose. When this occurs, the body becomes its weapon used against this Purpose to demonstrate the "fact" that separation has occurred. The body thus becomes the instrument of illusion, acting accordingly; seeing what is not there, hearing what truth has never said, and behaving insanely, being imprisoned by insanity.

4 Do not overlook our earlier statement that faithlessness leads straight to illusions. For faithlessness is the perception of a brother as a body, and the body cannot be used for purposes of union. If, then, you see your brother as a body, you have established a condition in which uniting with him becomes impossible. Your faithlessness to him has separated you from him and kept you both apart from being healed. Your faithlessness has thus opposed the Holy Spirit's purpose and brought illusions centered on the body to stand between you. And the body will seem to be sick, for you have made of it an "enemy" of healing and the opposite of truth.

6 Both cannot be together nor perceived in the same place. To dedicate yourself to both is to set up a goal forever impossible to attain, for part of it is sought through the body, thought of as a means for seeking out reality through attack, while the other part would heal and therefore calls upon the mind and not the body. The inevitable compromise is the belief that the body must be healed, and not the mind. For this divided goal has given both an equal reality, which could be possible only if the mind is limited to the body and divided into little parts of seeming wholeness but without connection. This will not harm the body, but it will keep the delusional thought system in themind.

7 Here then is healing needed. And it is here that healing is. For God gave healing not apart from sickness, nor established remedy where sickness cannot be. They are together, and when they are seen together, all attempts to keep both truth and illusion in the mind, where both must be, are recognized as dedication to illusion and given up when brought to truth and seen as totally irreconcilable with truth in any respect or in any way.

8 Truth and illusion have no connection. This will remain forever true, however much you seek to connect them. But illusions are always connected, as is truth. Each is united, a complete thought system, but totally disconnected to each other. Where there is no overlap, there separation must be complete. And to perceive this is to recognize where separation is and where it must be healed. The result of an idea is never separate from its source. The ideaof separation produced the body and remains connected to it, making it sick because of its identification with it. You think you are protecting the body by hiding this connection, for this concealment seems to keep your identification safe from the "attack" of truth.

9 If you but understood how much this strange concealment has hurt your mind and how confused your own identification has become because of it! You do not see how great the devastation wrought by your faithlessness. For faithlessness is an attack which seems to be justified by its results. For by withholding faith, you see what is unworthy of it and cannot look beyond the barrier to what is joined with you.

10 To have faith is to heal. It is the sign that you have accepted the Atonement for yourself and would therefore share it. By faith you offer the gift of freedom from the past, which you received. You do not use anything your brother has done before to condemn him now. You freely choose to overlook his errors, looking past all barriers between your self and his and seeing them as one. And in that one you see your faith is fully justified. There is no justification for faithlessness, but faith is always justified.

11 Faith is the opposite of fear, as much a part of love as fear is of attack. Faith is the acknowledgment of union. It is the gracious acknowledgment of everyone as a Son of your most loving Father, loved by Him like you and therefore loved by you as yourself. It is His love that joins you, and for His love you would keep no one separate from yours. Each one appears just as he is perceived in the holy instant, united in your purpose to be released from guilt. You saw the Christ in him, and he was healed because you looked on what makes faith forever justified in everyone.

12 Faith is the gift of God, through Him Whom God has given you. Faithlessness looks upon the Son of God and judges him unworthy of forgiveness. But through the eyes of faith, the Son of God is seen already forgiven, free of all the guilt he laid upon himself. Faith sees him only now because it looks not to the past to judge him, but would see in him only what it would see in you. It sees not through the body's eyes nor looks to bodies for its justification. It is the messenger of the new perception sent forth to gather witnesses unto its coming and to return their messages to you. Faith is as easily exchanged for knowledge as is the real world. For faith arises from the Holy Spirit's perception and is the sign you share it with Him. Faith is a gift you offer to the Son of God through Him, and wholly acceptable to his Father as to him. And therefore offered you.

13 Your holy relationship, with its new purpose, offers you faith to give unto each other. Your faithlessness had driven you apart, and so you did not recognize salvation in each other. Yet faith unites you in the holiness you see, not through the body's eyes but in the sight of Him Who joined you and in Whom you are united. Grace is not given to a body, but to a mind. And the mind that receives it looks instantly beyond the body and sees the holy place where it was healed. There is the altar where the grace was given, in which it stands. Do you, then, offer grace and blessing to each other, for you stand at the same altar where grace was laid for both of you. And be you healed by grace together, that you may heal through faith.

14 In the holy instant, you stand before the altar God has raised unto Himself and both of you. Lay faithlessness aside and come to it together. There will you see the miracle of your relationship as it was made again through faith. And there it is that you will realize that there is nothing faith cannot forgive. No error interferes with its calm sight, which brings the miracle of healing with equal ease to all of them. For what the messengers of love are sent to do they do, returning the glad tidings that it was done to you who stand together before the altar from which they were sent forth.

15 As faithlessness will keep your little kingdoms barren and separate, so will faith help the Holy Spirit prepare the ground for the most holy garden which He would make of it. For faith brings peace, and so it calls on truth to enter and make lovely what has already been prepared for loveliness. Truth follows faith and peace, completing the process of making lovely which they begin. For faith is still a learning goal, no longer needed when the lesson has been learned. Yet truth will stay forever.

16 Let then your dedication be to the eternal and learn how not to interfere with it and make it slave to time. For what you think you do to the eternal you do to you. Whom God created as His Son is slave to nothing, being lord of all along with his Creator. You can enslave a body, but an idea is free, incapable of being kept in prison or limited in any way except by the mind that thought it. For it remains joined to its source, which is its jailor or its liberator, according to which it chooses as its purpose for itself.

For I am still as God created me.

[188] The peace of God is shining in me now.
I will be still and let the earth be still
along with me. and in that stillness, we
will find the peace of God. It is within
my heart, which witnesses to God himself.