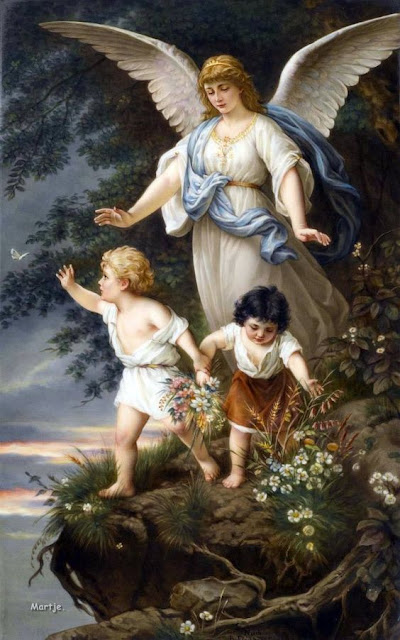 Day 219
The holy relationship is a phenomenal teaching accomplishment. In all its aspects, as it begins, develops, and becomes accomplished, it represents the REVERSAL of the unholy relationship. Be comforted in this; The ONLY difficult phase is the beginning. For here, the GOAL of the relationship is abruptly shifted to the EXACT OPPOSITE of what it was. This is the FIRST result of OFFERING the relationship to the Holy Spirit, to use for HIS purposes. This invitation is ACCEPTED IMMEDIATELY, and the Holy Spirit wastes no time in introducing the practical results of asking Him to enter. AT ONCE, HIS goal REPLACES yours.

This is accomplished very rapidly. But it makes the relationship seem disturbed, disjunctive and even quite distressing. The reason is quite clear. For the relationship, AS IT IS, is out of line with its own goal, and clearly unsuited to the purpose which has been ACCEPTED for it. In its UNholy condition, YOUR goal was all that SEEMED to give it meaning. Now, it seems to make NO sense. Many relationships have been broken off at this point, and the pursuit of the old goal re-established in ANOTHER relationship. For, once the unholy relationship has ACCEPTED the goal of holiness, it can never again be what it was.

The temptation of the ego becomes extremely intense, with this shift in goals. For the relationship has NOT, as yet, been changed sufficiently to make its former goal completely WITHOUT attraction, and its structure is ‘threatened’ by the recognition of its inappropriateness for meeting its new purpose. The conflict between the goal and the structure of the relationship is SO apparent that they CANNOT co-exist. Yet now, THE GOAL WILL NOT BE CHANGED. Set firmly in the unholy relationship, there IS no course except to CHANGE THE RELATIONSHIP to fit the goal. Until this HAPPY solution is seen and accepted as the ONLY WAY OUT of this conflict, the RELATIONSHIP seems to be severely strained.

It would NOT be kinder to shift the goal more slowly. For the CONTRAST would be obscured, and the ego given time to re-interpret each slow step, according to its liking. Only a radical shift in purpose COULD induce a COMPLETE change of mind about what the whole relationship IS FOR. As this change develops, and is finally accomplished, it grows increasingly beneficent and joyous. But, at the beginning, the situation is experienced as very precarious. A relationship, undertaken by two individuals for their unholy purposes, suddenly has HOLINESS for its goal.

As these two CONTEMPLATE their relationship from the point of view of this new purpose, they are inevitably appalled. Their perception of the relationship may even become quite disorganized. And yet, the FORMER organization of their perception, no longer serves the purpose THEY have agreed to set. THIS IS THE TIME FOR FAITH. You LET this goal be set for you. That WAS an act of faith. Do not ABANDON faith, now that the REWARDS of faith are being introduced. If you believed the Holy Spirit was THERE to ACCEPT the relationship, why would you now not STILL believe that He is there, to PURIFY what He has taken under His guidance?

Have faith in EACH OTHER in what but SEEMS to be a trying time. THE GOAL IS SET. And your relationship has SANITY as its purpose. Now you find yourselves in an INSANE relationship, RECOGNIZED as such IN THE LIGHT OF ITS GOAL. Now the ego counsels thus; substitute for this ANOTHER relationship, to which your FORMER goal was QUITE appropriate. You can ESCAPE from your distress, ONLY BY GETTING RID OF EACH OTHER. You need not part entirely, if you choose not to do so. But you MUST exclude MAJOR AREAS of fantasy FROM each other, TO SAVE YOUR SANITY.

Hear not this now! Have faith in Him Who ANSWERED you. He heard; has He not been very explicit in His answer? You are NOT now wholly insane. Can you DENY that He HAS given a MOST explicit statement? Now He asks for faith a little longer, even in bewilderment. For this will go, and you will see the JUSTIFICATION for your faith emerge, to bring you shining conviction. Abandon Him not now, NOR EACH OTHER. This relationship HAS BEEN reborn as holy. Accept with gladness what you do not understand, and LET it be explained to you, as you perceive its purpose work in it, to MAKE it holy.

Urtext – Psychotherapy: Purpose, Process and Practice
(The Process of Psychotherapy, cont., The Definition of Healing, cont.,)

No-one is healed alone. This is the joyous song salvation sings to all who hear its Voice. This statement cannot be too often remembered by all who see themselves as therapists. Their patients can but be seen as the bringers of forgiveness, for it is they who come to demonstrate their sinlessness to eyes that still believe that sin is there to look upon. Yet will the proof of sinlessness, seen in the patient and accepted in the therapist, offer the mind of both a covenant in which they meet and join and are as one.
(End of The Definition of Healing)

I am not a body. I am free.
For I am still as God created me.

[199] I am not a body. I am free.
I am God's Son. Be still, my mind, and think
an instant upon this. And then return
to earth without confusion as to what
my Father loves forever as His Son.