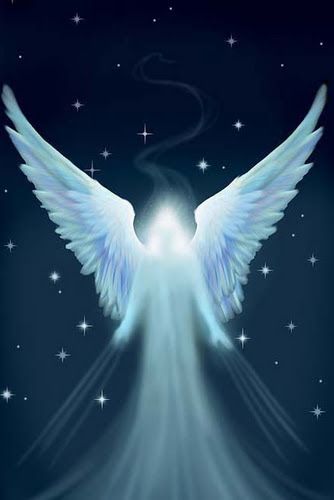 It is ESSENTIAL that error be not confused with “sin.” And it is this distinction which makes salvation possible. For error can be corrected, and the wrong made right. But sin, were it possible, WOULD be irreversible. The belief in sin is necessarily based on the firm conviction that minds, NOT bodies, can attack. And thus the mind IS guilty, and will forever so remain, unless a mind NOT part of it can give it absolution. Sin calls for punishment, as error for correction. And the belief that punishment IS correction, is clearly insane.

Sin is not error. For sin entails an arrogance which the idea of error lacks. To sin would be to violate reality, AND TO SUCCEED. Sin is the proclamation that attack is real, and guilt is JUSTIFIED. It assumes the Son of God IS guilty, and has thus SUCCEEDED in losing his innocence, and making himself what God created NOT. Thus is creation seen as NOT eternal; the Will of God open to opposition AND DEFEAT. Sin is the “grand illusion” underlying ALL the ego’s grandiosity. For BY it, God HIMSELF is changed, and rendered incomplete.

The Son of God CAN be mistaken; he CAN deceive himself; he can even turn the power of his mind AGAINST himself. But he can NOT sin. There is NOTHING he can do that would REALLY change his reality in ANY way, nor make him REALLY guilty. That is what sin WOULD do, for such is its PURPOSE. Yet, for all the wild insanity inherent in the whole IDEA of sin, IT IS IMPOSSIBLE. For the wages of sin IS death, and how can the immortal die?

A MAJOR tenet in the ego’s insane religion is that sin is NOT error, but TRUTH. And it is INNOCENCE that would deceive. PURITY is seen as arrogance, and the acceptance of the self AS SINFUL is perceived as holiness. And it is this doctrine that REPLACES the reality of the Son of God, as his Father created him, and willed that he be forever. Is this HUMILITY? Or is it rather an attempt to wrest creation AWAY from truth, and keep it separate?

ANY attempt to re-interpret sin as error is wholly indefensible to the ego. The IDEA of sin is WHOLLY sacrosanct in its thought-system, and quite unapproachable except through reverence (and awe). It is the most “holy” concept in the ego’s system; lovely and powerful, wholly true, and NECESSARILY protected with every defense at its disposal. For here lies its “best” defense, which all the others serve. Here is its armor, its protection, and the fundamental PURPOSE of the special relationship, in its interpretation.

It can indeed be said the ego MADE its world on sin. Only in such a world COULD everything be upside down. This IS the strange illusion which makes the clouds of guilt seem heavy and impenetrable. The solidness this world’s foundation SEEMS to have is FOUND in this. For sin HAS changed creation from an Idea of God to an IDEAL the EGO wants; a world IT rules, made up of bodies, mindless, and capable of COMPLETE corruption and decay.

If this is a MISTAKE, it can be undone easily by truth. ANY mistake can be corrected, if TRUTH be left to judge it. But, if the mistake is given the STATUS of truth, to what CAN it be brought? The “holiness” of sin is kept in place by just this strange device. As TRUTH, it IS inviolate, and everything is brought to IT for judgment. As a MISTAKE, IT must be brought to truth. It is impossible to have faith in sin, for sin IS faithlessness. But it IS possible to have faith that a MISTAKE can be corrected.

There is no stone in all the ego’s embattled citadel more heavily defended than the idea that sin is real; the NATURAL expression of what the Son of God has MADE himself to be, AND WHAT HE IS. To the ego, THIS IS NO MISTAKE. For this IS its reality; this is the “truth,” from which escape will ALWAYS be impossible. This is his past, his present, and his future. For he has somehow managed to corrupt his Father, and change His Mind COMPLETELY. Mourn then the death of God, Whom sin has killed!

And this WOULD be the ego’s wish, which, in its madness, it thinks it has ACCOMPLISHED. Would you not RATHER that all this be nothing more than a MISTAKE, ENTIRELY correctable, and so easily escaped from that its whole correction is like walking through a mist into the sunlight? For that is all it IS. Perhaps you would be tempted to AGREE with the ego, that it is far better to be sinful than be mistaken. But think you carefully before you allow yourself to make this choice. Approach it not lightly, for it IS the choice of hell or Heaven.

Urtext – Psychotherapy: Purpose, Process and Practice
(The Practice of Psychotherapy, cont., The Question of Payment cont.,)

The therapists of this world are indeed useless to the world's salvation. They make demands, and so they cannot give. Patients can pay only for the exchange of illusions. This, indeed, must demand payment, and the cost is great. A "bought" relationship cannot offer the only gift whereby all healing is accomplished. Forgiveness, the Holy Spirit's only dream, must have no cost. For if it does, it merely crucifies God's Son again. Can this be how he is forgiven? Can this be how the dream of sin will end?

The “right to live” is something no-one need fight for. It is promised him, and guaranteed by God. Therefore it is a right the therapist and patient share alike. If their relationship is to be holy, whatever one needs is given by the other; whatever one lacks the other supplies. Herein is the relationship made holy, for herein both are healed. The therapist repays the patient in gratitude, as does the patient repay him. There is no cost to either. But thanks are due to both, for the release from long imprisonment and doubt. Who would not be grateful for such a gift? Yet who could possibly imagine that it could be bought?

Urtext – Workbook for Students
239. “The glory of my Father is my own.”

Let not the truth about ourselves today be hidden by a false humility. Let us instead be thankful for the gifts our Father gave us. Can we see in those with whom He shares His glory any trace of sin and guilt? And can it be that we are not among them, when He loves His Son forever and with perfect constancy, knowing he is as He created him?

“We thank You, Father, for the light that shines forever in us. And we honor it, because You share it with us. We are one, united in this light and one with You, at peace with all creation and ourselves.”