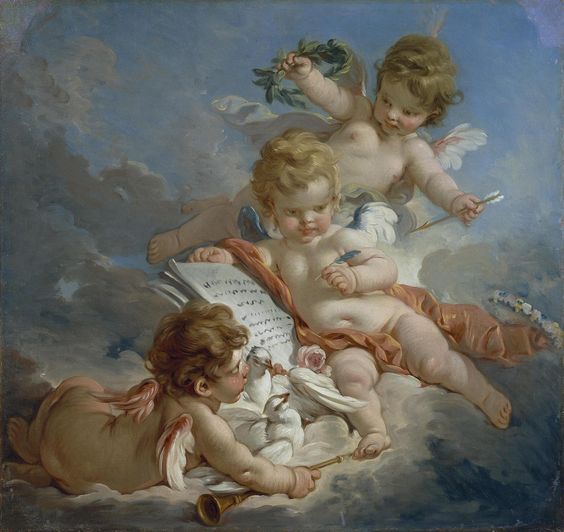 16 The opposite of illusions is not disillusionment, but truth. Only to the ego, to which truth is meaningless, do they appear to be the only alternatives and different from each other. In truth they are the same. Both bring the same amount of misery, though each one seems to be the way to lose the misery the other brings. Every illusion carries pain and suffering in the dark folds of the heavy garments with which it hides its nothingness. Yet in these dark and heavy garments are those who seek illusions covered and hidden from the joy of truth.

17 Truth is the opposite of illusions because it offers joy. What else but joy could be the opposite of misery? To leave one kind of misery and seek another is hardly an escape. To change illusions is to make no change. The search for joy in misery is senseless, for how could joy be found in misery? All that is possible in the dark world of misery is to select some aspects out of it, see them as different, and define the difference as joy. Yet to perceive a difference where none exists will surely fail to make a difference.

18 Illusions carry only guilt and suffering, sickness and death to their believers. The form in which they are accepted is irrelevant. No form of misery in reason's eyes can be confused with joy. Joy is eternal. You can be sure indeed that any seeming happiness that does not last is really fear. Joy does not turn to sorrow, for the eternal cannot change. But sorrow can be turned to joy, for time gives way to the eternal. Only the timeless must remain unchanged, but everything in time can change with time. Yet if the change be real and not imagined, illusions must give way to truth and not to other dreams that are but equally unreal. This is no difference.

19 Reason will tell you that the only way to escape from misery is to recognize it and go the other way. Truth is the same and misery the same, but they are different from each other in every way, in every instance, and without exception. To believe that one exception can exist is to confuse what is the same with what is different. One illusion cherished and defended against the truth makes all truth meaningless and all illusions real. Such is the power of belief. It cannot compromise. And faith in innocence is faith in sin if the belief excludes one living thing and holds it out apart from its forgiveness.

20 Both reason and the ego will tell you this, but what they make of it is not the same. The ego will assure you now that it is impossible for you to see no guilt in anyone. And if this vision is the only means by which escape from guilt can be attained, then the belief in sin must be eternal. Yet reason looks on this another way, for reason sees the source of an idea as what will make it true or false. This must be so if the idea is like its source. Therefore, says reason, if escape from guilt was given to the Holy Spirit as His purpose, and by One to Whom nothing He wills canbe impossible, the means for its attainment are more than possible. They must be there, and you must have them.

21 This is a crucial period in this course, for here the separation of you and the ego must be made complete. For if you have the means to let the Holy Spirit's purpose be accomplished, they can be used. And through their use will you gain faith in them. Yet to the ego this must be impossible, and no one undertakes to do what holds no hope of ever being done. You know what your Creator wills is possible, but what you made believes it is not so. Now must you choose between yourself and an illusion of yourself. Not both, but one. There is no point in trying to avoid this one decision. It must be made. Faith and belief can fall to either side, but reason tells you that misery lies only on one side and joy upon the other.

22 Forsake not now each other. For you who are the same will not decide alone nor differently. Either you give each other life or death; either you are each other's savior or his judge, offering him sanctuary or condemnation. This course will be believed entirely or not at all. For it is wholly true or wholly false and cannot be but partially believed. And you will either escape from misery entirely or not at all. Reason will tell you that there is no middle ground where you can pause uncertainly, waiting to choose between the joy of Heaven and the misery of hell. Until you choose Heaven, you are in hell and misery.

23 There is no part of Heaven you can take and weave into illusions. Nor is there one illusion you can enter Heaven with. A savior cannot be a judge, nor mercy condemnation. And vision cannot damn, but only bless. Whose function is to save will save. How he will do it is beyond your understanding, but when must be your choice. For time you made, and time you can command. You are no more a slave to time than to the world you made.

24 Let us look closer at the whole illusion that what you made has power to enslave its maker. This is the same belief that caused the separation. It is the meaningless idea that thoughts can leave the thinker's mind, be different from it, and in opposition to it. If this were true, thoughts would not be the mind's extensions but its enemies. And here we see again another form of the same fundamental illusion we have seen many times before. Only if it were possible the Son of God could leave his Father's Mind, make himself different, and oppose His Will, would it be possible that the self he made and all it made should be his master.

25 Behold the great projection, but look on it with the decision that it must be healed and not with fear. Nothing you made has any power over you unless you still would be apart from your Creator and with a will opposed to His. For only if you would believe His Son could be His enemy does it seem possible that what you made is yours. You would condemn His joy to misery and make Him different. And all the misery you made has been your own. Are you not glad to learn it is not true? Is it not welcome news to hear not one of the illusions that you made replaced the truth?

26 Only your thoughts have been impossible. Salvation cannot be. It is impossible to look upon your savior as your enemy and recognize him. Yet it is possible to recognize him for what he is if God would have it so. What God has given to your holy relationship is there. For what He gave the Holy Spirit to give to you, He gave. Would you not look upon the savior that has been given you? And would you not exchange in gratitude the function of an executioner you gave him for the one he has in truth? Receive of him what God has given him for you, not what you tried to give yourself.

27 Beyond the bodies that you interposed between you and shining in the golden light which reaches it from the bright endless circle that extends forever is your holy relationship, beloved of God Himself. How still it rests, in time and yet beyond, immortal yet on earth. How great the power that lies in it. Time waits upon its will, and earth will be as it would have it be. Here is no separate will nor the desire that anything be separate. Its will has no exceptions, and what it wills is true. Every illusion brought to its forgiveness is gently overlooked and disappears. For at its center Christ has been reborn to light His home with vision that overlooks the world. Would you not have this holy home be yours as well? No misery is here, but only joy.

28 All you need do to dwell in quiet here with Christ is share His vision. Quickly and gladly is His vision given to anyone who is but willing to see his brother sinless. And no one can remain beyond this willingness if you would be released entirely from all effects of sin. Would you have partial forgiveness for yourself? Can you reach Heaven while a single sin still tempts you to remain in misery? Heaven is the home of perfect purity, and God created it for you. Look on your holy brother, sinless as yourself, and let him lead you there.


Today I will judge nothing that occurs.

1 I will be honest with myself today. I will not think that I already know what must remain beyond my present grasp. I will not think I understand the whole from bits of my perception, which are all that I can see. Today I recognize that this is so. And so I am relieved of judgment which I cannot make. Thus do I free myself and what I look upon, to be in peace as God created us.

2 Father, today I leave creation free to be itself. I honor all its parts, in which I am included. We are one because each part contains Your memory, and truth must shine in all of us as one.