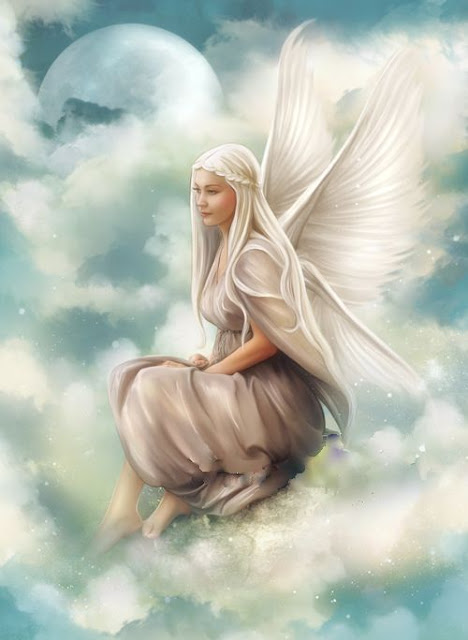 Chapter Twenty Three: The War Against Yourself

41 Is it not true you do not recognize some of the forms attack can take? If it is true attack in any form will hurt you and will do so just as much as in another form which you do recognize, then it must follow that you do not always recognize the source of pain. Attack in any form is equally destructive. Its purpose does not change. Its sole intent is murder, and what form of murder serves to cover the massive guilt and frantic fear of punishment the murderer must feel? He may deny he is a murderer and justify his savagery with smiles as he attacks. Yet he will suffer and will look on his intent in nightmares where the smiles are gone and where the purpose rises to meet his horrified awareness and pursue him still. For no one thinks of murder and escapes the guilt the thought entails. If the intent is death, what matter the form it takes?

42 Is death in any form, however lovely and charitable it may seem to be, a blessing and a sign the Voice for God speaks through you to your brother? The wrapping does not make the gift you give. An empty box, however beautiful and gently given, still contains nothing. And neither the receiver nor the giver is long deceived. Withhold forgiveness from your brother, and you attack him. You give him nothing and receive of him but what you gave.

43 Salvation is no compromise of any kind. To compromise is to accept but part of what you want—to take a little and give up the rest. Salvation gives up nothing. It is complete for everyone. Let the idea of compromise but enter, and the awareness of salvation's purpose is lost because it is not recognized. It is denied where compromise has been accepted, for compromise is the belief salvation is impossible. It would maintain you can attack a little, love a little, and know the difference. Thus it would teach a little of the same can still be different, and yet the same remain intact as one. Does this make sense? Can it be understood?

44 This course is easy just because it makes no compromise. Yet it seems difficult to those who still believe that compromise is possible. They do not see that, if it is, salvation is attack. Yet it is certain the belief that salvation is impossible cannot uphold a quiet, calm assurance it has come. Forgiveness cannot be withheld a little. Nor is it possible to attack for this and love for that and understand forgiveness. Would you not want to recognize assault upon your peace in any form, if only thus does it become impossible that you lose sight of it? It can be kept shining before your vision, forever clear and never out of sight if you defend it not.

45 Those who believe that peace can be defended and that attack is justified on its behalf cannot perceive it lies within them. How could they know? Could they accept forgiveness side by side with the belief that murder takes some forms by which their peace is saved? Would they be willing to accept the fact their savage purpose is directed against themselves? No one unites with enemies nor is at one with them in purpose. And no one compromises with an enemy but hates him still for what he kept from him.

46 Mistake not truce for peace, nor compromise for the escape from conflict. To be released from conflict means that it is over. The door is open; you have left the battleground. You have not lingered there in cowering hope because the guns are stilled an instant and the fear that haunts the place of death is not apparent that it will not return. There is no safety in a battleground. You can look down on it in safety from above and not be touched. But from within it, you can find no safety. Not one tree left standing still will shelter you. Not one illusion of protection stands against the faith in murder. Here stands the body, torn between the natural desire to communicate and the unnatural intent to murder and to die. Think you the form that murder takes can offer safety? Can guilt be absent from a battlefield? [Do not remain in conflict, for there is no war without attack.]

A COURSE IN MIRACLES
DAILY LESSON
WHAT IS SIN?

ST251:1Sin is insanity. It is the means by which the mind is driven mad and seeks to let illusions take the place of truth. And being mad, it sees illusions where the truth should be and where it really is. Sin gave the body eyes, for what is there the sinless would behold? What need have they of sights or sounds or touch? What would they hear or reach to grasp? What would they sense at all? To sense is not to know. And truth can be but filled with knowledge and with nothing else.

2 The body is the instrument the mind made in its striving to deceive itself. Its purpose is to strive. Yet can the goal of striving change. And now the body serves a different aim for striving. What it seeks for now is chosen by the aim the mind has taken as replacement for the goal of self-deception. Truth can be its aim as well as lies. The senses then will seek instead for witnesses to what is true.

3 Sin is the home of all illusions, which but stand for things imagined, issuing from thoughts which are untrue. They are the "proof" that what has no reality is real. Sin "proves" God's Son is evil; timelessness must have an end; eternal life must die. And God Himself has lost the Son He loves, with but corruption to complete Himself, His Will forever overcome by death, love slain by hate, and peace to be no more.

4 A madman's dreams are frightening, and sin appears indeed to terrify. And yet what sin perceives is but a childish game. The Son of God may play he has become a body, prey to evil and to guilt, with but a little life that ends in death. But all the while his Father shines on him and loves him with an everlasting Love which his pretenses cannot change at all.

5 How long, oh Son of God, will you maintain the game of sin? Shall we not put away these sharp-edged children's toys? How soon will you be ready to come home? Perhaps today? There is no sin. Creation is unchanged. Would you still hold return to Heaven back? How long, oh holy Son of God, how long?


I am in need of nothing but the truth.

1 I sought for many things and found despair. Now do I seek but one, for in that one is all I need and only what I need. All that I sought before I needed not and did not even want. My only need I did not recognize. But now I see that I need only truth. In that, all needs are satisfied, all cravings end, all hopes are finally fulfilled, and dreams are gone. Now have I everything that I could need. Now have I everything that I could want. And now at last I find myself at peace.

2 And for that peace, our Father, we give thanks. What we denied ourselves You have restored, and only that is what we really want.