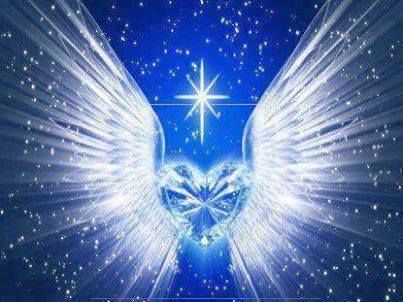 
III. The Treachery of Specialness


12 Comparison must be an ego device, for love makes none. Specialness always makes comparisons. It is established by a lack seen in another and maintained by searching for and keeping clear in sight all lacks it can perceive. This does it seek, and this it looks upon. And always whom it thus diminishes would be your savior had you not chosen to make of him a tiny measure of your specialness instead. Against the littleness you see in him, you stand as tall and stately, clean and honest, pure and unsullied by comparison with what you see. Nor do you understand it is yourself that you diminish thus.

13 Pursuit of specialness is always at the cost of peace. Who can attack his savior and cut him down yet recognize his strong support? Who can detract from his omnipotence yet share his power? And who can use him as the gauge of littleness and be released from limits? You have a function in salvation. Its pursuit will bring you joy. But the pursuit of specialness must bring you pain. Here is a goal that would defeat salvation and thus run counter to the Will of God. To value specialness is to esteem an alien will to which illusions of yourself are dearer than the truth.

14 Specialness is the idea of sin made real. Sin is impossible even to imagine without this base. For sin arose from it out of nothingness; an evil flower with no roots at all. Here is the self-made "savior," the "creator" who creates unlike the Father and which made His Son like to itself and not like unto Him. His "special" sons are many, never one, each one in exile from himself and Him of Whom they are a part. Nor do they love the Oneness Which created them as one with Him. They chose their specialness instead of Heaven and instead of peace and wrapped it carefully in sin to keep it "safe" from truth.

15 You are not special. If you think you are and would defend your specialness against the truth of what you reallyare, how can you know the truth? What answer that the Holy Spirit gives can reach you when it is your specialness to which you listen and which asks and answers? Its tiny answer, soundless in the melody which pours from God to you eternally in loving praise of what you are, is all you listen to. And that vast song of honor and of love for what you are seems silent and unheard before its "mightiness." You strain your ears to hear its soundless voice, and yet the Call of God Himself is soundless to you.

16 You can defend your specialness, but never will you hear the Voice for God beside it. They speak a different language and they fall on different ears. To every special one a different message, and one with different meaning, is the truth. Yet how can truth be different to each one? The special messages the special hear convince them they are different and apart—each in his special sins and "safe" from love, which does not see his specialness at all. Christ's vision is their "enemy," for it sees not what they would look upon, and it would show them that the specialness they think they see is an illusion. What would they see instead?

17 The shining radiance of the Son of God—so like his Father that the memory of Him springs instantly to mind. And with this memory, the Son remembers his own creations, as like to him as he is to his Father. And all the world he made and all his specialness and all the sins he held in its defense against himself will vanish as his mind accepts the truth about himself as it returns to take their place. This is the only "cost" of truth: you will no longer see what never was, nor hear what makes no sound. Is it a sacrifice to give up nothing and to receive the love of God forever?

18 You who have chained your savior to your specialness and given it his place, remember this: He has not lost the power to forgive you all the sins you think you placed between him and the function of salvation given him for you. Nor will you change his function, any more than you can change the truth in him and in yourself. But be you certain that the truth is just the same in both. It gives no different messages and has one meaning. And it is one you both can understand, and one which brings release to both of you. Here stands your brother with the key to Heaven in his hand held out to you. Let not the dream of specialness remain between you. What is one is joined in truth.

19 Think of the loveliness that you will see within yourself when you have looked on him as on a friend. He is the enemy of specialness but only friend to what is real in you. Not one attack you thought you made on him has taken from him the gift that God would have him give to you. His need to give it is as great as yours to have it. Let him forgive you all your specialness and make you whole in mind and one with him. He waits for your forgiveness only that he may return it unto you. It is not God Who has condemned His Son. But only you, to save his specialness and kill his Self.

20 You have come far along the way of truth—too far to falter now. Just one step more and every vestige of the fear of God will melt away in love. Your brother's specialness and yours are enemies and bound in hate to kill each other and deny they are the same. Yet it is not illusions which have reached this final obstacle that seems to make God and His Heaven so remote that they cannot be reached. Here in this holy place does truth stand waiting to receive you both in silent blessing and in peace so real and so encompassing that nothing stands outside. Leave all illusions of yourself outside this place to which you come in hope and honesty.

21 Here is your savior from your specialness. He is in need of your acceptance of himself as part of you, as you for his. You are alike to God as God is to Himself. He is not special, for He would not keep one part of what He is unto Himself, not given to His Son but kept for Him alone. And it is this you fear, for if He is not special, then He willed His Son be like Him, and your brother is like you. Not special, but possessed of everything including you.

22 Give him but what he has, remembering God gave Himself to both of you in equal love that both might share the universe with Him Who chose that love could never be divided and kept separate from what it is and must forever be. You are your brother's; part of love was not denied to him. But can it be that you have lost because he is complete? What has been given him makes you complete, as it does him. God's love gave you to him and him to you because He gave Himself. What is the same as God is one with Him. And only specialness could make the truth of God and you as one seem anything but Heaven and the hope of peace at last in sight.

23 Specialness is the seal of treachery upon the gift of love. Whatever serves its purpose must be given to kill. No gift that bears its seal but offers treachery to giver and receiver. Not one glance from eyes it veils but looks on sight of death. Not one believer in its potency but seeks for bargains and for compromise that would establish sin love's substitute and serve it faithfully. And no relationship that holds its purpose dear but clings to murder as safety's weapon and the great defender of all illusions from the "threat" of love.

24 The hope of specialness makes it seem possible God made the body as the prison-house which keeps His Son from Him. For it demands a special place God cannot enter and a hiding-place where none is welcome but your tiny self. Nothing is sacred here but unto you and you alone, apart and separate from all your brothers, safe from all intrusions of sanity upon illusions, safe from God, and safe for conflict everlasting. Here are the gates of hell you closed upon yourself, to rule in madness and in loneliness your special kingdom, apart from God, away from truth and from salvation.

25 The key you threw away God gave your brother, whose holy hands would offer it to you when you were ready to accept His plan for your salvation in place of yours. How could this readiness be reached save through the sight of all your misery and the awareness that your plan has failed and will forever fail to bring you peace and joy of any kind? Through this despair you travel now, yet it is but illusion of despair. The death of specialness is not your death but your awaking into life eternal. You but emerge from an illusion of what you are to the acceptance of yourself as God created you.

1 The way to God is through forgiveness here. There is no other way. If sin had not been cherished by the mind, what need would there have been to find a way to where you are? Who would still be uncertain? Who could be unsure of who he is? And who would yet remain asleep in heavy clouds of doubt about the holiness of him who God created sinless? Here we can but dream. But we can dream we have forgiven him in whom all sin remains impossible, and it is this we choose to dream today. God is our goal; forgiveness is the means by which our minds return to Him at last.

2 And so, our Father, would we come to You in Your appointed way. We have no goal except to hear Your Voice and find the way Your sacred Word has pointed out to us.