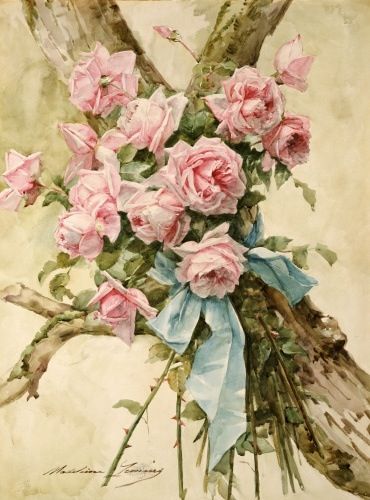 Day 261
It is impossible the Son of God be merely driven by events OUTSIDE him. It is impossible that the happenings that come to him were NOT his choice. His power of decision is the DETERMINER of every situation in which he seems to FIND himself by chance or accident. No accident or chance is POSSIBLE within the universe as God created it, OUTSIDE of which is nothing. Suffer, and YOU decided sin was your goal. Be happy, and you GAVE the power of decision to Him Who MUST decide for God for you. This is the little gift you offer to the Holy Spirit, and even this He gave to you to give yourself. For, BY this gift, is given you the power to release your Savior, that HE may give salvation unto YOU.

Begrudge not, then, this little offering. WITHHOLD it, and you keep the world as now you see it. GIVE IT AWAY, and everything YOU see goes with it. Never was so much given for so little. In the holy instant is this exchange effected and MAINTAINED. Here is the world you do NOT want, brought to the one you DO. And here the one you do is GIVEN you, BECAUSE you want it. But, for this, the POWER of your wanting must first be RECOGNIZED. You must accept its STRENGTH, and NOT its weakness. You must perceive that what is strong enough to MAKE a world, can let it go. And CAN accept correction, if it is willing to see that it was wrong.

The world you see is but the idle witness that you were RIGHT. This witness is insane. You trained it in its testimony, and, as it gave it BACK to you, you listened and convinced yourself that what it saw was true. YOU DID THIS TO YOURSELF. See only this, and you will also see how circular the reasoning on which your “seeing” rests. This was NOT given you. This was your GIFT to you AND TO YOUR BROTHER. Be willing, then, to have it taken FROM him, and be replaced with truth. And, as you look upon the change in HIM, it will be given you to see it in YOURSELF.

Perhaps you do not see the need for you to give this little offering. Look closer, then, at what it IS. And, very simply, see in it the whole exchange of separation for salvation. All that the ego is, is an idea that it is possible that things should HAPPEN to the Son of God, WITHOUT his will. And thus, without the Will of his Creator, Whose Will cannot BE separated from his own. This is the Son of God’s REPLACEMENT for his will, a mad revolt against what must forever be. This is the statement that he HAS the power to make God powerLESS. And so to take it from HIMSELF, and leave himself WITHOUT what God has willed FOR him.

This is the mad idea you have enshrined upon your altars, AND WHICH YOU WORSHIP. And anything that threatens this, seems to ATTACK your faith. For here it is invested. Think not that you are faithless, for your belief and trust in THIS is strong indeed. The Holy Spirit can GIVE you faith in holiness, and vision to see it, easily enough. But you have not left open and unoccupied the altar where the gift belongs. Where THEY should be, YOU have set up your idols to something ELSE. This OTHER will, which seems to TELL you what must happen, you GAVE reality. And what would SHOW you otherwise must therefore seem unreal.

All that is asked of you is to MAKE ROOM for truth. You are NOT asked to make or do what lies BEYOND your understanding. All you are asked to do is LET IT IN. Only to stop your INTERFERENCE with what will happen OF ITSELF. Simply to recognize again the presence of what you THOUGHT you gave away. Be willing, for an instant, to leave your altars free of what YOU placed upon them and what is REALLY there you CANNOT fail to see. The holy instant is NOT an instant of creation, but of RECOGNITION. For recognition comes of vision and SUSPENDED judgment. Then only is it possible to look within and see what MUST be there, plainly in sight, and wholly INDEPENDENT of inference and judgment.

Undoing is not YOUR task, but it IS up to you to welcome it or not. Faith and desire go hand in hand. For everyone believes in what he wants. We have already said that wishful thinking is how the ego deals with what it wants, to make it so. There is no better demonstration of the power of wanting, and therefore of FAITH, to make its goals seem real and possible. Faith in the UNreal leads to ADJUSTMENTS of reality, to make it fit the goal of madness. The goal of sin induces the perception of a fearful world, to JUSTIFY its purpose. What you desire, you WILL see. And if its reality is false, you will UPHOLD it by NOT realizing all the adjustments YOU have introduced, to MAKE it so.

When vision is DENIED, confusion of cause and effect becomes inevitable. The PURPOSE now becomes to KEEP OBSCURE the cause of the effect, and make effect appear to BE a cause. This seeming independence of effect enables it to be regarded as STANDING BY ITSELF, and capable of serving as a CAUSE of the events and feelings its maker thinks IT causes. Long ago, we spoke of your desire to create your own Creator, and be father and not Son to Him. This is the same desire. The Son is the effect, whose Cause he would deny. And so he seems to BE the cause, producing real EFFECTS.

Nothing can have effects WITHOUT a cause, and to confuse the two is merely to fail to understand them both. It is as needful that you recognize you MADE the world you see, as that you recognize that you did NOT create yourself. THEY ARE THE SAME MISTAKE. Nothing created NOT by your Creator, has ANY influence over you. And if you think what YOU have made can TELL you what you see and feel, and place your faith in its ability to do so, you ARE denying your Creator, and BELIEVING that you made yourself. For, if you think the world you made has power to make you what IT wills, you ARE confusing Son and Father; effect and Source.

Urtext – Song of Prayer (Prayer, cont.,)
D. Praying for Others
We said that prayer is always for yourself, and this is true. Why, then, should you pray for others at all? And if you should, how should you do it? Praying for others, if rightly understood, becomes a means for lifting your projections of guilt from your brother, and enabling you to recognize it is not he who is hurting you. The poisonous thought that he IS your enemy, your evil counterpart, your nemesis, must be relinquished before YOU can be saved from guilt. For this the means is prayer, of rising power and with ascending goals, until it reaches even up to God.

Urtext – Workbook for Students
What is the Body?

The body is a fence the Son of God imagines he has built to separate parts of his Self from other parts. It is within this fence he thinks he lives, to die as it decays and crumbles. For within this fence he thinks that he is safe from love. Identifying with his safety, he regards himself as what his safety is. How else could he be certain he remains within the body, keeping love outside?

The body will not stay. Yet this he sees as double safety. For the Son of God’s impermanence is “proof” his fences work, and do the task his mind assigns to them. For if his oneness still remained untouched, who could attack and who could be attacked? Who could be victor? Who could be his prey? Who could be victim? Who the murderer? And if he did not die, what “proof” is there that God’s eternal Son has been destroyed?

The body is a dream. Like other dreams, it sometimes seems to picture happiness, but can quite suddenly revert to fear, where every dream is born. For only love creates in truth, and truth can never fear. Made to be fearful, must the body serve the purpose given it. But we can change the purpose which the body will obey by changing what we think that it is for.

The body is the means by which God’s Son returns to sanity. Though it was made to fence him into hell without escape, yet has the goal of Heaven been exchanged for the pursuit of hell. The Son of God extends his hand to reach his brother, and to help him walk along the road with him. Now is the body holy. Now it serves to heal the mind that it was made to kill.

I will identify with what I think is refuge and security. I will behold myself where I perceive my strength, and think I live within the citadel where I am safe, and cannot be attacked. Let me today seek not security in danger, nor attempt to find my peace in murderous attack. I live in God. In Him I find my refuge and my strength. In Him is my identity. In Him is everlasting peace. And only there will I remember Who I really am.

“Let me not seek for idols. I would come, my Father, home to You today. I choose to be as You created me, and find the Son whom You created as my Self.”