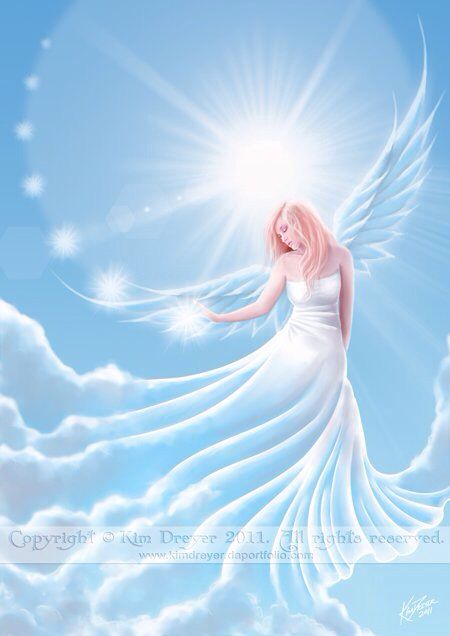 62 How bitterly does everyone tied to this world defend the specialness he wants to be the truth! His wish is law unto him, and he obeys. Nothing his specialness demands does he withhold. Nothing it needs does he deny to what he loves. And while it calls to him, he hears no other Voice. No effort is too great, no cost too much, no price too dear to save his specialness from the least slight, the tiniest attack, the whispered doubt, the hint of threat, or anything but deepest reverence. This is your son, beloved of you as you are to your Father.
Yet it stands in place of your creations, who are son to you, that you might share the Fatherhood of God, not snatch it from Him. What is this son that you have made to be your strength? What is this child of earth on whom such love is lavished? What is this parody of God's creation that takes the place of yours? And where are they, now that the host of God has found another son which he prefers to them?

63 The memory of God shines not alone. What is within your brother still contains all of creation, everything created and creating, born and unborn as yet, still in the future or apparently gone by. What is in him is changeless, and your changelessness is recognized in its acknowledgment. The holiness in you belongs to him. And by your seeing it in him, returns to you. All of the tribute you have given specialness belongs to him and thus returns to you. All of the love and care, the strong protection, the thought by day and night, the deep concern, the powerful conviction this is you belong to him. Nothing you gave to specialness but is his due. And nothing due him is not due to you.

64 How can you know your worth while specialness claims you instead? How can you fail to know it is in his holiness? Seek not to make your specialness the truth, for if it were, you would be lost indeed. Be thankful, rather, it is given you to see his holiness because it is the truth. And what is true in him must be as true in you.

65 Ask yourself this: can you protect the mind? The body, yes, a little—not from time, but temporarily. And much you think you save, you hurt. What would you save it for? For in that choice lie both its health and harm. Save it for show, as bait to catch another fish, to house your specialness in better style or weave a frame of loveliness around your hate, and you condemn it to decay and death. And if you see this purpose in your brother's, such is your condemnation of your own. Weave, rather then, a frame of holiness around him that the truth may shine on him and give you safety from decay.

66 The Father keeps what He created safe. You cannot touch it with the false ideas you made because it was created not by you. Let not your foolish fancies frighten you. What is immortal cannot be attacked; what is but temporal has no effect. Only the purpose that you see in it has meaning, and if that is true, its safety rests secure. If not, it has no purpose and is means for nothing. Whatever is perceived as means for truth shares in its holiness and rests in light as safely as itself. Nor will that light go out when it is gone. Its holy purpose gave it immortality, setting another light in Heaven, where your creations recognize a gift from you, a sign that you have not forgotten them.

67 The test of everything on earth is simply this: "What is it for?" The answer makes it what it is for you. It has no meaning of itself, yet you can give reality to it according to the purpose which you serve. Here you are but means, along with it. God is a Means as well as End. In Heaven, means and end are one, and one with Him. This is the state of true creation, found not within time, but in eternity. To no one here is this describable. Nor is there any way to learn what this condition means. Not till you go past learning to the Given; not till you make again a holy home for your creations is it understood.

68 A co-creator with the Father must have a Son. Yet must this Son have been created like Himself. A perfect being, all-encompassing and all-encompassed, nothing to add and nothing taken from—not born of size nor weight nor time nor held to limits or uncertainties of any kind. Here do the means and end unite as one, nor does this one have any end at all. All this is true, and yet it has no meaning to anyone who still retains one unlearned lesson in his memory, one thought with purpose still uncertain, or one wish with a divided aim.

69 This course makes no attempt to teach what cannot easily be learned. Its scope does not exceed your own, except to say that what is yours will come to you when you are ready. Here are the means and purpose separate because they were so made and so perceived. And therefore do we deal with them as if they were. It is essential it be kept in mind that all perception still is upside down until its purpose has been understood. Perception does not seem to be a means. And it is this that makes it hard to grasp the whole extent to which it must depend on what you see it for. Perception seems to teach you what you see. Yet it but witnesses to what you taught. It is the outward picture of a wish—an image that you wanted to be true.

70 Look at yourself, and you will see a body. Look at this body in a different light, and it looks different. And without a light, it seems that it is gone. Yet you are reassured that it is there because you still can feel it with your hands and hear it move. Here is an image that you want to be yourself. It is the means to make your wish come true. It gives the eyes with which you look on it, the hands that feel it, and the ears with which you listened to the sounds it makes. It proves its own reality to you.

71 Thus is the body made a theory of yourself with no provisions made for evidence beyond itself and no escape within its sight. Its course is sure when seen through its own eyes. It grows and withers, flourishes and dies. And you cannot conceive of you apart from it. You brand it sinful, and you hate its acts, judging it evil. Yet your specialness whispers, "Here is my own beloved son, in whom I am well pleased." Thus does the "son" become the means to serve his "father's" purpose. Not identical, not even like, but still a means to offer to the "father" what hewants. Such is the travesty on God's creation. For as His Son's creation gave Him joy and witness to His love and shared His purpose, so does the body testify to the idea that made it and speak for its reality and truth.

72 And thus are two sons made, and both appear to walk this earth without a meeting-place and no encounter. One do you see outside yourself, your own beloved son. The other rests within, His Father's Son, within your brother as he is in you. Their difference does not lie in how they look, nor where they go, nor even what they do. They have a different purpose. It is this that joins them to their like and separates each from all aspects with a different purpose. The Son of God retains His Father's Will. The son of man perceives an alien will and wishes it were so. And thus does his perception serve his wish by giving it appearances of truth. Yet can perception serve another goal. It is not bound to specialness but by your choice. And it is given you to make a different choice and use perception for a different purpose. And what you see will serve that purpose well and prove its own reality to you.


Let me perceive no differences today.

1 Father, You have one Son. And it is he that I would look upon today. He is Your one creation. Why should I perceive a thousand forms in what remains as one? Why should I give this one a thousand names, when only one suffices? For Your Son must bear Your Name, for You created him. Let me not see him as a stranger to his Father, nor as stranger to myself. For he is part of me and I of him, and we are part of You Who are our Source, eternally united in Your Love, eternally the holy Son of God.


2 We who are one would recognize this day the truth about ourselves. We would come home and rest in unity. For there is peace, and nowhere else can peace be sought and found.