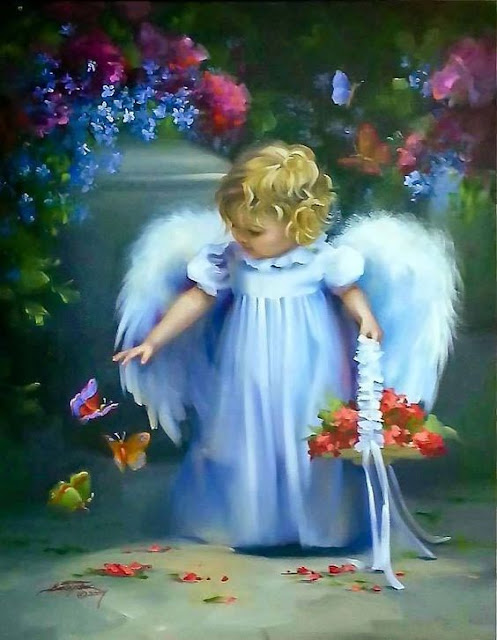 
IV. The Fundamental Law of Perception

23 To the extent to which you value guilt, to that extent will you perceive a world in which attack is justified. To the extent to which you recognize that guilt is meaningless, to that extent will you perceive attack cannot be justified. This is in strict accord with vision's fundamental law: you see what you believe is there, and you believe it there because you want it there. Perception has no other law than this. The rest but stems from this, to hold it up and offer it support. This is perception's form adapted to this world of God's more basic law that love creates itself and nothing but itself.

24 God's laws do not obtain directly to a world perception rules, for such a world could not have been created by the Mind to which perception has no meaning. Yet are His laws reflected everywhere. Not that the world where this reflection is, is real at all. Only because His Son believes it is, and from His Son's belief He could not let Himself be separate entirely. He could not enter His Son's insanity with him, but He could be sure His sanity went there with him so he could not be lost forever in the madness of his wish.

25 Perception rests on choosing; knowledge does not. Knowledge has but one law because it has but one Creator. But this world has two who made it, and they do not see it as the same. To each it has a different purpose, and to each it is a perfect means to serve the goal for which it is perceived. For specialness it is the perfect frame to set it off—the perfect battleground to wage its wars, the perfect shelter for the illusions which it would make real. Not one but it upholds in its perception; not one but can be fully justified.

26 There is another Maker of the world, the simultaneous Corrector of the mad belief that anything could be established and maintained without some link that kept it still within the laws of God; not as the law itself upholds the universe as God created it, but in some form adapted to the need the Son of God believes he has. Corrected error is the error's end. And thus has God protected still His Son, even in error. There is another purpose in the world that error made because it has another Maker Who can reconcile its goal with His Creator's purpose. In His perception of the world, nothing is seen but justifies forgiveness and the sight of perfect sinlessness. Nothing arises but is met with instant and complete forgiveness.

27 Nothing remains an instant to obscure the sinlessness that shines unchanged beyond the pitiful attempts of specialness to put it out of mind where it must be and light the body up instead of it. The lamps of Heaven are not for it to choose to see them where it will. If it elects to see them elsewhere from their home, as if they lit a place where they could never be, and you agree, then must the Maker of the world correct your error, lest you remain in darkness where the lamps are not. Everyone here has entered darkness, yet no one has entered it alone. [Nor need he stay more than an instant.] For he has come with Heaven's Help within him ready to lead him out of darkness into light at any time.

28 The time he chooses can be any time, for help is there, awaiting but his choice. And when he chooses to avail himself of what is given him, then will he see each situation that he thought before was means to justify his anger turned to an event which justifies his love. He will hear plainly that the calls to war he heard before are really calls to peace. He will perceive that where he gave attack is but another altar where he can with equal ease and far more happiness bestow forgiveness. And he will reinterpret all temptation as just another chance to bring him joy. How can a misperception be a sin? Let all your brother's errors be to you nothing except a chance for you to see the workings of the Helper given you to see the world He made, instead of yours.

29 What then is justified? What do you want? For these two questions are the same. And when you see them asthe same, your choice is made. For it is seeing them as one that brings release from the belief there are two ways to see. This world has much to offer to your peace and many chances to extend your own forgiveness. Such its purpose is to those who want to see peace and forgiveness descend on them and offer them the light.

30 The Maker of the world of gentleness has perfect power to offset the world of violence and hate that seems to stand between you and His gentleness. It is not there in His forgiving eyes. And therefore it need not be there in yours. Sin is the fixed belief perception cannot change. What has been damned is damned and damned forever, being forever unforgivable. If then it is forgiven, sin's perception must have been wrong. And thus is change made possible. The Holy Spirit too sees what He sees as far beyond the chance of change. But on His vision sin cannot encroach, for sin has been corrected by His sight. And thus it must have been an error, not a sin. For what it claimed could never be has been. Sin is attacked by punishment and so preserved. But to forgive it is to change its state from error into truth.

31 The Son of God could never sin, but he can wish for what would hurt him. And he has the power to think he can be hurt. What could this be except a misperception of himself? Is this a sin or a mistake, forgivable or not? Does he need help or condemnation? Is it your purpose that he be saved or damned? Forgetting not that what he is to you will make this choice your future? For you make it now, the instant when all time becomes a means to reach a goal. Make then your choice. But recognize that in this choice the purpose of the world you see is chosen and will be justified.

V. The Joining of Minds


32 Minds that are joined and recognize they are can feel no guilt. For they cannot attack, and they rejoice that this is so, seeing their safety in this happy fact. Their joy is in the innocence they see. And thus they seek for it because it is their purpose to behold it and rejoice. Everyone seeks for what will bring him joy as he defines it. It is not the aim as such that varies. Yet it is the way in which the aim is seen that makes the choice of means inevitable and beyond the hope of change unless the aim is changed. And then the means are chosen once again, as what will bring rejoicing is defined another way and sought for differently.

33 Perception's basic law could thus be said, "You will rejoice at what you see because you see it to rejoice." And while you think that suffering and sin will bring you joy, so long will they be there for you to see. Nothing is harmful or beneficent apart from what you wish. It is your wish that makes it what it is in its effects on you. Because you chose it as a means to gain these same effects, believing them to be the bringers of rejoicing and of joy. Even in Heaven does this law obtain. The Son of God creates to bring him joy, sharing his Father's purpose in his own creation that his joy might be increased and God's along with his.

34 You makers of a world that is not so, take rest and comfort in another world where peace abides. This world you bring with you to all the weary eyes and tired hearts that look on sin and beat its sad refrain. From you can come their rest. From you can rise a world they will rejoice to look upon and where their hearts are glad. In you there is a vision which extends to all of them and covers them in gentleness and light. And in this widening world of light, the darkness they thought was there is pushed away until it is but distant shadows, far away, not long to be remembered as the sun shines them to nothingness. And all their "evil" thoughts and "sinful" hopes, their dreams of guilt and merciless revenge, and every wish to hurt and kill and die will disappear before the sun you bring.

35 Would you not do this for the love of God? And for yourself? For think what it would do for you. Your "evil" thoughts that haunt you now will seem increasingly remote and far away from you. And they go farther and farther off because the sun in you has risen that they may be pushed away before the light. They linger for a while, a littlewhile, in twisted forms too far away for recognition and are gone forever. And in the sunlight you will stand in quiet, in innocence, and wholly unafraid. And from you will the rest you found extend, so that your peace can never fall away and leave you homeless. Those who offer peace to everyone have found a home in Heaven the world cannot destroy. For it is large enough to hold the world within its peace.

36 In you is all of Heaven. Every leaf that falls is given life in you. Each bird that ever sang will sing again in you. And every flower that ever bloomed has saved its perfume and its loveliness for you. What aim can supersede the Will of God and of His Son that Heaven be restored to him for whom it was created as his only home? Nothing before and nothing after it. No other place, no other state nor time. Nothing beyond nor nearer. Nothing else. In any form. This can you bring to all the world and all the thoughts that entered it and were mistaken for a little while. How better could your own mistakes be brought to truth than by your willingness to bring the light of Heaven with you as you walk beyond the world of darkness into light?


Creation's gentleness is all I see.

1 I have indeed misunderstood the world because I laid my "sins" on it and saw them looking back at me. How fierce they seemed! And how deceived was I to think that what I feared was in the world instead of in my mind alone. Today I see the world in the celestial gentleness with which creation shines. There is no fear in it. Let no appearance of my "sins" obscure the light of Heaven, shining on the world. What is reflected here is in God's Mind. The images I see reflect my thoughts. Yet is my mind at one with God's. And so I can perceive creation's gentleness.

2 In quiet would I look upon the world, which but reflects Your Thoughts and mine as well. Let me remember that they are the same, and I will see creation's gentleness.