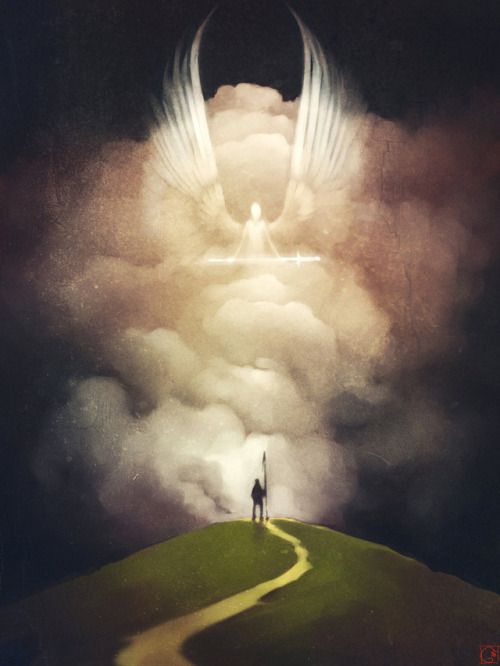 Day 267
Reason, like love, would REASSURE you, and NOT seek to frighten you. The power to HEAL the Son of God is given you, BECAUSE he MUST be one with you. You ARE responsible for how he sees himself. But reason tells you it is GIVEN you to change his whole mind, which is one with YOU, in just an instant. And ANY instant serves to bring COMPLETE correction of his errors, and make him whole. The instant that you choose to let YOURSELF be healed, in that same instant is his whole salvation seen as complete WITH yours. Reason is given you to UNDERSTAND that this is so. For reason, kind as is the purpose for which it is the means, leads steadily AWAY from madness, toward the goal of truth.

And here you will lay down the burden of DENYING truth. THIS is the burden that is terrible, and NOT the truth. That you are JOINED is your salvation; the gift of Heaven, NOT the gift of fear. Does Heaven seem to be a BURDEN to you? In madness, yes; and yet what madness sees, MUST be dispelled by reason. Reason assures you Heaven is what you WANT, and ALL you want. Listen to Him Who SPEAKS with reason, and brings YOUR reason in line with HIS. Be willing to let reason be the means by which He would direct you how to leave INSANITY behind. Hide not BEHIND insanity, in order to ESCAPE from reason.

What madness would CONCEAL, the Holy Spirit still holds out, for everyone to look upon with gladness. You ARE your brother’s Savior. He is YOURS. Reason speaks happily indeed of this. This gracious plan was given love by Love. And what Love plans is like Itself in this: Being united, It would have you learn what YOU must be. And being ONE with It, it MUST be given you to give what IT has given, and gives still. Spend but an instant in the glad ACCEPTANCE of what is given you to give your brother, and learn, with him, what has been given BOTH of you.

To give is no MORE blessed than to receive. But neither is it LESS. The Son of God is ALWAYS blessed as one. And, as his gratitude goes out to you who blessed him, reason will tell you that it CANNOT be you stand APART from blessing. The gratitude he offers you reminds you of the thanks your Father gives you for completing HIM. And here alone does reason tell you that you can understand what you MUST be. Your Father is as close to you as is your brother. Yet what is there that could be nearer you, than is your Self?

The power that YOU have over the Son of God is NOT a threat to his reality. It but ATTESTS to it. Where COULD his freedom lie but in himself, if he be free ALREADY? And who could bind him but HIMSELF, if he DENY his freedom? God is not mocked; no more His Son can BE imprisoned, save by his own desire. And it is BY his own desire that he is freed. Such is his STRENGTH, and NOT his weakness. He IS at his own mercy. And where he CHOOSES to be merciful, there is he free. But where he chooses to condemn instead, there is he held a prisoner, waiting in chains his pardon on HIMSELF, to set him free.

Do you not see that all your misery comes from the strange belief that you are powerless? BEING HELPLESS IS THE COST OF SIN. Helplessness is sin’s CONDITION; the ONE requirement that it demands, to be believed. Only the helpless COULD believe in it. Enormity has no appeal, save to the little. And only those who FIRST believe that they are little, could SEE attraction there. Treachery to the Son of God is the defense of those who do NOT identify with him. And you are FOR him or AGAINST him; either you love him or attack him; protect his unity, or see him shattered and slain by your attack. No-one believes the Son of God is powerless. And those who see themselves as helpless MUST believe that they are NOT the Son of God. What can they BE, except his enemy? And what can they do but ENVY him his power, and BY their envy, make themselves AFRAID of it? These are the dark ones, silent and afraid, alone and not communicating, fearful the power of the Son of God will strike them dead, and raising up their helplessness AGAINST him. They join the army of the powerless, to wage their war of vengeance, bitterness, and spite on him, to make him one with THEM.

Because they do not know that they are one with HIM, they know not WHOM they hate. They are indeed a sorry army, each one as likely to attack his brother or turn upon himself, as to remember they THOUGHT they had a common cause. Frantic and loud and strong the dark ones SEEM to be. Yet they know not their enemy, EXCEPT THEY HATE HIM. In hatred they HAVE come together, but have NOT joined EACH OTHER. For, had they done so, hatred would be impossible. The army of the powerless MUST be disbanded in the presence of STRENGTH.

Urtext – Song of Prayer (Prayer, cont., Praying with Others, cont.,)

Now it is possible to help in prayer, and so reach up yourself. This step [“We go together, you and I.”] begins the quicker ascent, but there are still many lessons to learn. The way is open, and hope is justified. Yet it is likely at first that what is asked for even by those who join in prayer is not the goal that prayer should truly seek. Even together they may ask for things, and thus set up but an illusion of a goal they share. They may ask together for specifics, and not realize that they are asking for effects without the cause. And this they cannot have. For no-one can receive effects alone, and choose a cause from which they do not come to offer them to him. Even the joining, then, is not enough, if those who pray together do not ask, before all else, what is the Will of God. From this Cause only can the Answer come in which are all specifics satisfied; all separate wishes unified in one.

Urtext – Workbook for Students
267. “My heart is beating in the Peace of God.”

Surrounding me is all the life that God created in His Love. It calls to me in every heartbeat and in every breath; in every action and in every thought. Peace fills my heart, and floods my body with the purpose of forgiveness. Now my mind is healed, and all I need to save the world is given me. Each heartbeat brings me peace; each breath infuses me with strength. I am a messenger of God, directed by His Voice, sustained by Him in love, and held forever quiet and at peace within His loving arms. Each heartbeat calls His Name, and everyone is answered by His Voice, assuring me I am at home in Him.

“Let me attend Your Answer, not my own. Father, my heart is beating in the peace the Heart of Love created. It is there and only there that I can be at home.”

Email ThisBlogThis!Share to TwitterShare to FacebookShare to Pinterest
Labels: A Course in Miracles, Daily Devotional, Prayer, Urtext, Workbook for Students