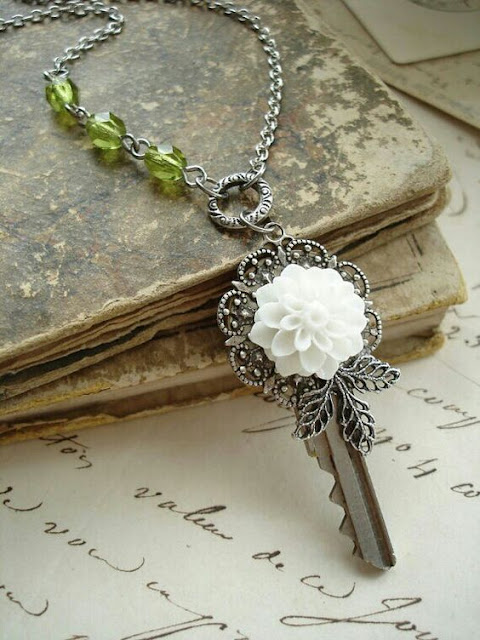 
X. The Justice of Heaven

78 What can it be but arrogance to think your little errors cannot be undone by Heaven's justice? And what could this mean except that they are sins and not mistakes, forever uncorrectable, and to be met with vengeance not with justice? Are you willing to be released from all effects of sin? You cannot answer this until you see all that the answer must entail. For if you answer "yes," it means you will forgo all values of this world in favor of the peace of Heaven. Not one sin would you retain. And not one doubt that this is possible will you hold dear that sin be kept in place. You mean that truth has greater value now than all illusions. And you recognize that truth must be revealed to you because you know not what it is.

79 To give reluctantly is not to gain the gift because you are reluctant to accept it. It is saved for you until reluctance to receive it disappears, and you are willing it be given you. God's justice warrants gratitude, not fear. Nothing you give is lost to you or anyone, but cherished and preserved in Heaven, where all of the treasures given to God's Son are kept for him and offered anyone who but holds out his hand in willingness they be received. Nor is the treasure less as it is given out. Each gift but adds to the supply. For God is fair. He does not fight against His Son's reluctance to perceive salvation as a gift from Him. Yet would His justice not be satisfied until it is received by everyone.

80 Be certain any answer to a problem the Holy Spirit solves will always be one in which no one loses. And this must be true because He asks no sacrifice of anyone. An answer which demands the slightest loss to anyone has not resolved the problem but has added to it and made it greater, harder to resolve, and more unfair. It is impossible the Holy Spirit could see unfairness as a resolution. To Him, what is unfair must be corrected because it is unfair. And every error is a perception in which one at least is seen unfairly. Thus is justice not accorded to the Son of God. When anyone is seen as losing, he has been condemned. And punishment becomes his due instead of justice.

81 The sight of innocence makes punishment impossible and justice sure. The Holy Spirit's perception leaves no ground for an attack. Only a loss could justify attack, and loss of any kind He cannot see. The world solves problems in another way. It sees a resolution as a state in which it is decided who shall win and who shall lose—how much the one shall take and how much can the loser still defend.

82 Yet does the problem still remain unsolved, for only justice can set up a state in which there is no loser, no one left unfairly treated and deprived, and thus with grounds for vengeance. Problem solving cannot be vengeance, which at best can bring another problem added to the first, in which the murder is not obvious. The Holy Spirit's problem solving is the way in which the problem ends. It has been solved because it has been met with justice. Until it has, it will recur because it has not yet been solved. The principle that justice means no one can lose is crucial to this course. For miracles depend on justice. Not as it is seen through this world's eyes, but as God knows it, and as knowledge is reflected in the sight the Holy Spirit gives.

83 No one deserves to lose. And what would be unjust to him cannot occur. Healing must be for everyone because he does not merit an attack of any kind. What order can there be in miracles, unless someone deserves to suffer more and others less? And is this justice to the wholly innocent? A miracle is justice. It is not a special gift to some to be withheld from others as less worthy, more condemned, and thus apart from healing. Who is there who can be separate from salvation if its purpose is the end of specialness? Where is salvation's justice if some errors are unforgivable and warrant vengeance in place of healing and return of peace?

84 Salvation cannot seek to help God's Son be more unfair than he has sought to be. If miracles, the Holy Spirit's gift, were given specially to an elect and special group and kept apart from others as less deserving, then is He allyto specialness. What He cannot perceive He bears no witness to. And everyone is equally entitled to His gift of healing and deliverance and peace. To give a problem to the Holy Spirit to solve for you means that you want it solved. To keep it for yourself to solve without His help is to decide it should remain unsettled, unresolved, and lasting in its power of injustice and attack. No one can be unjust to you, unless you have decided first to be unjust. And then must problems rise to block your way and peace be scattered by the winds of hate.

85 Unless you think that all your brothers have an equal right to miracles with you, you will not claim your right to them because you were unjust to one with equal rights. Seek to deny, and you will feel denied. Seek to deprive, and you have been deprived. A miracle can never be received because another could receive it not. Only forgiveness offers miracles. And pardon must be just to everyone.

86 The little problems that you keep and hide become your secret sins because you did not choose to let them be removed for you. And so they gather dust and grow until they cover everything that you perceive and leave you fair to no one. Not one right do you believe you have. And bitterness, with vengeance justified and mercy lost, condemns you as unworthy of forgiveness. The unforgiven have no mercy to bestow upon another. That is why your sole responsibility must be to take forgiveness for yourself. The miracle that you receive you give. Each one becomes an illustration of the law on which salvation rests—that justice must be done to all if anyone is to be healed. No one can lose, and everyone must benefit.

87 Each miracle is an example of what justice can accomplish when it is offered to everyone alike. It is received and given equally. It is awareness that giving and receiving are the same. Because it does not make the same unlike, it sees no differences where none exist. And thus it is the same for everyone because it sees no differences in them. Its offering is universal, and it teaches but one message:

88 What is God's belongs to everyone and is his due.

A COURSE IN MIRACLES
DAILY LESSON
WHAT IS THE CHRIST?


1 Christ is God's Son as He created Him. He is the Self we share, uniting us with one another and with God as well. He is the Thought Which still abides within the Mind That is His Source. He has not left His holy home nor lost the innocence in which He was created. He abides unchanged forever in the Mind of God.

2 Christ is the link that keeps you one with God and guarantees that separation is no more than an illusion of despair. For hope forever will abide in Him. Your mind is part of His and His of yours. He is the part in which God's Answer lies, where all decisions are already made and dreams are over. He remains untouched by anything the body's eyes perceive. For though in Him His Father placed the means for your salvation, yet does He remain the Self Who, like His Father, knows no sin.

3 Home of the Holy Spirit and at home in God alone, does Christ remain at peace within the Heaven of your holy mind. This is the only part of you that has reality in truth. The rest is dreams. Yet will these dreams be given unto Christ to fade before His glory and reveal your holy Self, the Christ, to you at last.

4 The Holy Spirit reaches from the Christ in you to all your dreams and bids them come to Him to be translated into truth. He will exchange them for the final dream which God appointed as the end of dreams. For when forgiveness rests upon the world and peace has come to every Son of God, what could remain to keep things separate, for what remains to see except Christ's face?

5 And how long will this holy face be seen, when it is but the symbol that the time for learning now is over and the goal of the Atonement has been reached at last? So therefore let us seek to find Christ's face and look on nothing else. As we behold His glory will we know we have no need of learning or perception or of time, or anything except the holy Self, the Christ Whom God created as His Son.


Christ's is the vision I will use today.

1 Each day, each hour, every instant, I am choosing what I want to look upon, the sounds I want to hear, the witnesses to what I want to be the truth for me. Today I choose to look upon what Christ would have me see, to listen to God's Voice, and seek the witnesses to what is true in God's creation. In Christ's sight, the world and God's creation meet, and as they come together, all perception disappears. His kindly sight redeems the world from death. For nothing that He looks on but must live, remembering the Father and the Son; Creator and Creation unified.

2 Father, Christ's vision is the way to You. What He beholds invites Your memory to be restored to me. And this I choose to be what I would look upon today.