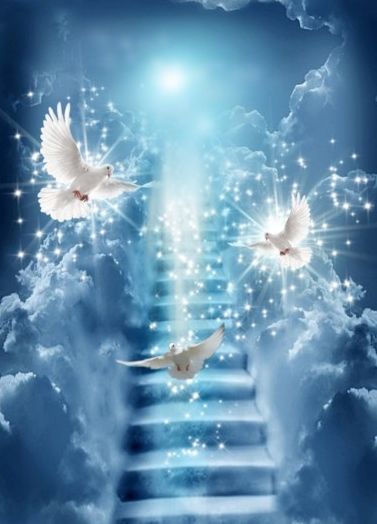 Day 281
You who believe you walk in sanity, with feet on solid ground, and through a world where meaning CAN be found, consider this: These ARE the laws on which your “sanity” appears to rest. These ARE the principles which make the ground beneath your feet seem solid. And it IS here you look for meaning.
These are the laws YOU made for your salvation. They hold in place the substitute for Heaven that you prefer. This is their PURPOSE; they were MADE for this. There is no point in asking what they mean. This is apparent. The MEANS of madness MUST be insane. Are you as certain that you realize the GOAL is madness?

NO-ONE wants madness, nor does anyone cling to his madness if he sees that this is what it IS. What PROTECTS madness is the belief THAT IT IS TRUE. It is the FUNCTION of insanity to TAKE THE PLACE of truth. It must be seen AS truth, to be believed. And, if it IS the truth, then must its opposite, which was the truth before, be madness now. Such a reversal, COMPLETELY turned around, with madness sanity, illusions true, attack a kindness, hatred love, and murder benediction, IS the goal the laws of chaos serve. These are the means by which the laws of God APPEAR to be reversed. Here do the laws of sin APPEAR to hold love captive, and let sin go free.

These do not SEEM to be the goals of chaos. For, by the great reversal, they appear to be the laws of ORDER. How could it NOT be so? Chaos is lawlessness, and HAS no laws. To be believed, its SEEMING laws must be perceived as REAL. Their goal of madness MUST be seen as sanity. And fear, with ashen lips and sightless eyes, blinded and terrible to look upon, is lifted to the throne of love, its dying conqueror, its substitute, the savior from salvation. How lovely do the laws of fear make death appear! Give thanks unto the hero on love’s throne, who saved the Son of God for fear and death!

And yet, how can it be that laws like these can BE believed? There is a strange device that makes this possible. Nor is it unfamiliar; we have seen how it APPEARS to function many times before. In truth, it does NOT function, yet in dreams, where ONLY shadows play the major roles, it seems most powerful. No law of chaos COULD compel belief, but for the emphasis on form, AND DISREGARD OF CONTENT. No-one who thinks that one of them is true SEES WHAT IT SAYS. Some FORMS it takes seem to have meaning, and that is all.

How can some FORMS of murder NOT mean death? Can an attack in ANY form be love? What FORM of condemnation is a blessing? Who makes his Savior powerless, and FINDS salvation? Let not the FORM of the attack on him deceive you. You CANNOT seek to harm him, and be saved. Who can find SAFETY from attack by turning on himself? How can it matter what the FORM this madness takes? It is a judgment that defeats ITSELF, condemning what it says it wants to save. Be not deceived when madness takes a form you think is lovely. What is intent on your destruction, is NOT your friend.

You would maintain, and think it true, that you do NOT believe such senseless laws, nor act upon them. And, when you look at what they SAY, they CANNOT be believed. Brothers, you DO believe them. For how else could you PERCEIVE the form they take, with content such as this? Can ANY form of this be tenable? Yet you believe them FOR the forms they take, and DO NOT RECOGNIZE the content. IT never changes. Can you paint rosy lips upon a skeleton, dress it in loveliness, pet it and pamper it, AND MAKE IT LIVE? And can you be content with an illusion that YOU are living?

There IS no life outside of Heaven. Where God created life, there life must be. In ANY state apart from Heaven, life is illusion. At best, it SEEMS like life; at worst, like death. Yet both are judgments on what is NOT life, equal in their inaccuracy and lack of meaning. Life not in Heaven is impossible, and what is NOT in Heaven is not ANYWHERE. Outside of Heaven, only the conflict of illusions stands; senseless, impossible, and beyond ALL reason, and yet perceived as an eternal BARRIER to Heaven. Illusions ARE but forms. Their content is NEVER true.

The laws of chaos govern ALL illusions. Their forms conflict, making it SEEM quite possible to value some above the others. Yet each one rests as surely on the belief the laws of chaos ARE the laws of order, as do the others. Each one upholds these laws completely, offering a certain witness that these laws are true. The seeming gentler FORM of the attack is no less certain in its witnessing, OR ITS RESULTS. Certain it is illusions will bring fear, because of the beliefs that they imply, NOT for their form. And lack of faith in love, in ANY form, attests to chaos AS REALITY.

From the belief in sin, the faith in chaos MUST follow. It is BECAUSE it follows that it seems to be a logical conclusion; a valid step in ordered thought. The steps to chaos DO follow neatly from their starting-point. Each is a different form in the progression of truth’s reversal, leading still deeper into terror, and AWAY from truth. Think not one step is smaller than another, nor that return from one is easier. The whole descent from Heaven lies in each one. And where your thinking starts, there must it end.

Brothers, take not one step in the descent to hell. For, HAVING taken one, you will NOT RECOGNIZE the rest for what they are. And they WILL follow. Attack in ANY form has placed your foot upon the twisted stairway that leads FROM Heaven. Yet, any instant, it is possible to have this all undone. How can you know whether you chose the stairs to Heaven or the way to hell? Quite easily. What do you feel? Is peace in your awareness? Are you CERTAIN which way you go? And are you sure the goal of Heaven CAN be reached? If not, you walk alone. Ask, then, your Friend to JOIN with you, and GIVE you certainty of where you go.

Another form, still very like the first if it is understood, does not appear in quite such blatant arrogance. The one who would forgive the other does not claim to be the better. Now he merely says that here is one whose sinfulness he shares, since both have been unworthy and deserve the retribution of the wrath of God. This can appear to be a humble act, and can indeed become a rivalry in baseness and in guilt. It is not love for God's creation and the holiness that is His gift forever. Can His Son condemn himself and still remember Him?

What is the Holy Spirit?

The Holy Spirit mediates between illusions and the truth. As He must bridge the gap between reality and dreams, perception leads to knowledge through the grace that God has given Him, to be His gift to everyone who turns to Him for truth. Across the bridge that He provides are dreams all carried to the truth, to be dispelled before the light of knowledge. There are sights and sounds forever laid aside. And where they were perceived before, forgiveness has made possible perception’s tranquil end.

The goal the Holy Spirit’s teaching sets is just this end of dreams. For sights and sounds must be translated from the witnesses of fear to those of love. And when this is entirely accomplished, learning has achieved the only goal it has in truth.

For learning, as the Holy Spirit guides it to the outcome He perceives for it, becomes the means to go beyond itself, to be replaced by the Eternal Truth. If you but knew how much your Father yearns to have you recognize your sinlessness, you would not let His Voice appeal in vain, nor turn away from His replacement for the fearful images and dreams you made .

The Holy Spirit understands the means you made, by which you would attain what is forever unobtainable. And if you offer them to Him, He will employ the means you made for exile, to restore your mind to where it truly is at home.

From knowledge, where He has been placed by God, the Holy Spirit calls to you, to let forgiveness rest upon your dreams, and be restored to sanity and peace of mind. Without forgiveness will your dreams remain to terrify you. And the memory of all your Father’s Love will not return to signify the end of dreams has come. Accept your Father’s gift. It is a call from Love to Love, that It be but Itself.

The Holy Spirit is His gift, by Which the quietness of Heaven is restored to God’s beloved Son. Would you refuse to take the function of completing God, when all He wills is that you be complete?


“Father, Your Son is perfect. When he thinks that he is hurt in any way, it is because he has forgotten who he is. And that he is as You created him. Your Thoughts can only bring me happiness. If ever I am sad or hurt or ill, I have forgotten what You think, and put my little, meaningless ideas in place of where Your Thoughts belong, and where They are. I can be hurt by nothing but my thoughts. The Thoughts I think with You can only bless. The Thoughts I think with You alone are true.”

I will not hurt myself today. For I am far beyond all pain. My Father placed me safe in Heaven, watching over me. And I would not attack the Son He loves, for what He loves is mine to love as well.