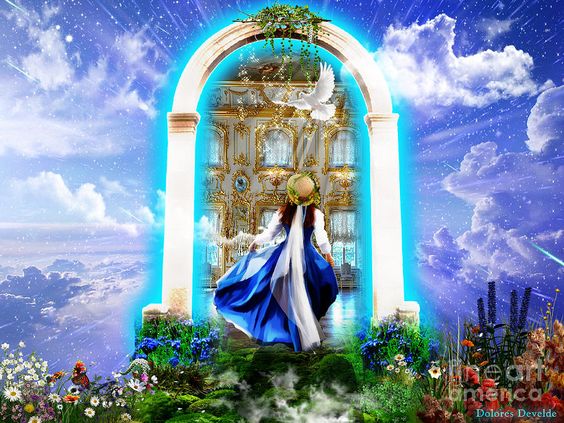 Chapter Twenty Seven: The Body and the Dream
I. Introduction

1 The wish to be unfairly treated is a compromise attempt that would combine attack and innocence. Who can combine the wholly incompatible and make a unity of what can never join? Walk you the gentle way, and you will fear no evil and no shadows in the night. But place no terror symbols on your path, or you will weave a crown of thorns from which your brother and yourself will not escape. You cannot crucify yourself alone.
And if you are unfairly treated, he must suffer the unfairness that you see. You cannot sacrifice yourself alone. For sacrifice is total. If it could occur at all, it would entail the whole of God's creation and the Father with the sacrifice of his beloved Son.

2 In your release from sacrifice is his made manifest, and shown to be his own. But every pain you suffer do you see as proof that he is guilty of attack. Thus would you make yourself to be the sign that he has lost his innocence and need but look on you to realize that he has been condemned. And what to you has been unfair will come to him in righteousness. The unjust vengeance that you suffer now belongs to him, and when it rests on him are you set free. Wish not to make yourself a living symbol of his guilt, for you will not escape the death you made for him. But in his innocence, you find your own.

Chapter Twenty Seven: The Body and the Dream
II. The Picture of the Crucifixion

3 Whenever you consent to suffer pain, to be deprived, unfairly treated, or in need of anything, you but accuse your brother of attack upon God's Son. You hold a picture of your crucifixion before his eyes that he may see his sins are writ in Heaven in your blood and death and go before him, closing off the gate and damning him to hell. Yet this is writ in hell and not in Heaven, where you are beyond attack and prove his innocence. The picture of yourself you offer him you show yourself and give it all your faith. The Holy Spirit offers you to give to him a picture of yourself in which there is no pain and no reproach at all. And what was martyred to his guilt becomes the perfect witness to his innocence.

4 The power of witness is beyond belief because it brings conviction in its wake. The witness is believed because he points beyond himself to what he represents. A sick and suffering you but represents your brother's guilt—the witness which you send lest he forget the injuries he gave from which you swear he never will escape. This sick and sorry picture you accept, if only it can serve to punish him. The sick are merciless to everyone, and in contagion do they seek to kill. Death seems an easy price if they can say, "Behold me, brother; at your hand I die." For sickness is the witness to his guilt, and death would prove his errors must be sins.

5 Sickness is but a "little" death; a form of vengeance not yet total. Yet it speaks with certainty for what it represents. The bleak and bitter picture you have sent your brother you have looked upon in grief. And everything that it has shown to him have you believed because it witnessed to the guilt in him which you perceived and loved. Now in the hands made gentle by His touch, the Holy Spirit lays a picture of a different you. It is a picture of a body still, for what you really are cannot be seen nor pictured. Yet this one has not been used for purpose of attack and therefore never suffered pain at all. It witnesses to the eternal truth that you cannot be hurt and points beyond itself to both your innocence and his.

6 Show this unto your brother, who will see that every scar is healed and every tear is wiped away in laughter and in love. And he will look on his forgiveness there and with healed eyes will look beyond it to the innocence that he beholds in you. Here is the proof that he has never sinned—that nothing which his madness bid him do was ever done or ever had effects of any kind; that no reproach he laid upon his heart was ever justified, and no attack can ever touch him with the poisoned and relentless sting of fear. Attest his innocence and not his guilt. Yourhealing is his comfort and his health because it proves illusions are not true.

7 It is not will for life, but wish for death that is the motivation for this world. Its only purpose is to prove guilt real. No worldly thought or act or feeling has a motivation other than this one. These are the witnesses that are called forth to be believed and lend conviction to the system they speak for and represent. And each has many voices, speaking to your brother and yourself in different tongues. And yet to both the message is the same. Adornment of the body seeks to show how lovely are the witnesses for guilt. Concerns about the body demonstrate how frail and vulnerable is your life; how easily destroyed is what you love. Depression speaks of death and vanity of real concern with anything at all. The strongest witness to futility, which bolsters all the rest and helps them paint the picture in which sin is justified, is sickness in whatever form it takes.

8 The sick have reason for each one of their unnatural desires and strange needs. For who could live a life so soon cut short and not esteem the worth of passing joys? What pleasures could there be that will endure? Are not the frail entitled to believe that every stolen scrap of pleasure is their righteous payment for their little lives? Their death will pay the price for all of them if they enjoy their benefits or not. The end of life must come, whatever way that life be spent. And so take pleasure in the quickly passing and ephemeral.

9 These are not sins, but witnesses unto the strange belief that sin and death are real, and innocence and sin will end alike within the termination of the grave. If this were true, there would be reason to remain content to seek for passing joys and cherish little pleasures where you can. Yet in this picture is the body not perceived as neutral and without a goal inherent in itself. For it becomes the symbol of reproach, the sign of guilt whose consequences still are there to see, so that the cause can never be denied.

10 Your function is to show your brother sin can have no cause. How futile must it be to see yourself a picture of the proof that what your function is can never be! The Holy Spirit's picture changes not the body into something it is not. It only takes away from it all signs of accusation and of blamefulness. Pictured without a purpose, it is seen as neither sick nor well, nor bad nor good. No grounds are offered that it may be judged in any way at all. It has no life, but neither is it dead. It stands apart from all experience of fear or love. For now it witnesses to nothing yet, its purpose being open and the mind made free again to choose what it is for. Now is it not condemned, but waiting for a purpose to be given that it may fulfill the function that it will receive.

11 Into this empty space, from which the goal of sin has been removed, is Heaven free to be remembered. Here its peace can come and perfect healing take the place of death. The body can become a sign of life, a promise of redemption, and a breath of immortality to those grown sick of breathing in the fetid scent of death. Let it have healing as its purpose. Then will it send forth the message it received and by its health and loveliness proclaim the truth and value that it represents. Let it receive the power to represent an endless life, forever unattacked. And to your brother let its message be, "Behold me, brother; at your hand I live."

12 The simple way to let this be achieved is merely this—to let the body have no purpose from the past, when you were sure you knew its purpose was to foster guilt. For this insists your crippled picture is a lasting sign of what it represents. This leaves no space in which a different view, another purpose, can be given it. You do not know its purpose. You but gave illusions of a purpose to a thing you made to hide your function from yourself. This thing without a purpose cannot hide the function that the Holy Spirit gave. Let, then, its purpose and your function both be reconciled at last and seen as one.

1 Father, I made an image of myself, and it is this I call the Son of God. Yet is creation as it always was, for Your creation is unchangeable. Let me not worship idols. I am He my Father loves. His holiness remains the light of Heaven and the Love of God. Is not what is beloved of You secure? Is not the light of Heaven infinite? Is not Your Son my true Identity, when You created everything that is?

2 Now are we one in shared identity, with God our Father as our only Source and everything created part of us. And so we offer blessing to all things, uniting lovingly with all the world, which our forgiveness has made one with us.