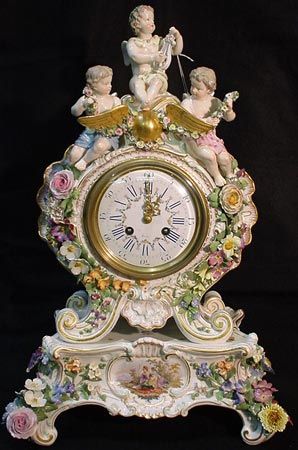 Day 287
The special ones are all asleep, surrounded by a world of loveliness they do not see. Freedom and peace and joy stand there, beside the bier on which they sleep, and call them to come forth and waken from their dream of death. Yet they hear nothing. They are lost in dreams of specialness. They hate the call that would awaken them.
And they curse God because He did not make their dream reality. Curse God and die, but not by Him Who made not death, but only in the dreams. Open your eyes a little; see the Savior God gave to you that you might look on him, and give him back his birthright. It is YOURS.

The slaves of specialness will yet be free. Such is the Will of God, and of His Son. Would God condemn HIMSELF to hell and to damnation? And do YOU will that this be done unto your Savior?

God calls to you from him to join His Will to save you BOTH from hell. Look on the print of nails upon his hands that he holds out for your forgiveness. God asks your mercy on His Son, and on Himself. Deny them not. They ask of you but that your will be done. They seek your love that you may love yourself. Love not your specialness instead of them. The print of nails is on your hands as well. Forgive your Father it was NOT His Will that you be crucified.

Specialness is a lack of trust in anyone except yourself. Faith is invested in yourself alone. Everything else becomes your enemy, feared and attacked, deadly and dangerous, hated and worthy only of destruction. Whatever gentleness it offers is but deception, but its hate is real. In danger of destruction, it MUST kill, and YOU are drawn to it, to kill it first. And such is guilt’s attraction. Here is death enthroned as savior; crucifixion is now redemption, and salvation can ONLY mean destruction of the world, EXCEPT YOURSELF.

What could the purpose of the body be BUT specialness? And it is this that makes it frail and helpless in its own defense. It was CONCEIVED to make YOU frail and helpless. The goal of separation is its curse. But bodies HAVE no goal. Purpose is of the mind. And minds can change, as they desire. What they ARE, and all their attributes, CANNOT change. But what they hold as purpose CAN be changed, and body states must shift accordingly. Of itself, the body can do nothing. See it as means to hurt, and it is hurt. See it as means to heal, and it is healed.

YOU CAN BUT HURT YOURSELF. This has been oft repeated, but is difficult to grasp as yet. To minds intent on specialness, it is impossible. But to those who wish to heal and NOT attack, it is quite obvious. The purpose of attack is in the MIND, and its effects are felt but where it IS. Nor is mind limited; so must it be that harmful purpose hurts the mind AS ONE. Nothing could make LESS sense to specialness. Nothing could make MORE sense to miracles. For miracles are merely change of purpose from hurt to healing.

This shift in purpose DOES “endanger” specialness, but only in the sense that all illusions are “threatened” by the truth. They will NOT stand before it, yet what comfort has ever been in them, that you would keep the gift your Father asks from Him, and give it there instead? Given to HIM, the universe is yours. Offered to THEM, no gifts can be returned. What you have given specialness has left you bankrupt, and your treasure-house barren and empty, with an open door inviting everything that would disturb your peace to enter and destroy.

Long ago we said consider not the means by which salvation is attained, nor how to reach it. But DO consider, and consider well, whether it be your WISH that you might see your brother sinless. To specialness the answer MUST be “no.” A sinless brother IS its enemy, while sin, if it were possible, WOULD be its friend. Your brother’s “sins” would justify itself, and GIVE it meaning that the truth denies. All that is real proclaims his sinlessness. All that is false proclaims his sins as real. If HE is sinful, then is YOUR reality not real, but just a dream of specialness which lasts an instant, crumbling into dust.

Do not defend this senseless dream, in which God is bereft of what He loves, and you remain beyond salvation. Only this is certain, in this shifting world which has NO meaning in reality: When peace is not with you ENTIRELY, and when you suffer pain of ANY kind, you have beheld some sin within your brother, AND HAVE REJOICED at what you thought was there. Your specialness seemed safe BECAUSE of it. And thus you saved what YOU appointed to be your savior, and crucified the one whom God has given you instead. So are you bound with him, for you ARE one with him. And so is specialness HIS enemy, and YOURS as well.

Urtext – Song of Prayer (Forgiveness, cont.,)
C. Forgiveness-for-Salvation
Forgiveness-for-salvation has one form, and only one. It does not ask for proof of innocence, nor pay of any kind. It does not argue, nor evaluate the errors that it wants to overlook. It does not offer gifts in treachery, nor promise freedom while it asks for death. Would God deceive you? He but asks for trust and willingness to learn how to be free. He gives His Teacher to whoever asks, and seeks to understand the Will of God. His readiness to give lies far beyond your understanding and your simple grasp. Yet He has willed you learn the way to Him, and in His willing there is certainty.

Where would I go but Heaven? What could be a substitute for happiness? What gift could I prefer before the peace of God? What treasure would I seek and find and keep that can compare with my Identity? And would I rather live with fear than love?