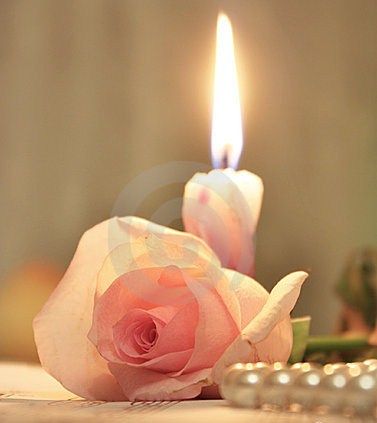 Day 309
Forgiveness turns the world of sin into a world of glory, wonderful to see. Each flower shines in light, and every bird sings of the joy of Heaven. There is no sadness and there is no parting here, for everything is TOTALLY forgiven. And what has been forgiven MUST join, for nothing stands BETWEEN, to keep them separate and apart.
The sinless MUST perceive that they are one, for nothing stands between, to push the other off, and in the space which sin left vacant do they JOIN as one, in gladness recognizing what is part of them has NOT been kept apart and separate. The holy place on which you stand is but the space that sin has left. And here you see the Face of Christ arising in its place.

Who could behold the Face of Christ, and NOT recall His Father as He really is? Who could fear love, and stand upon the ground where sin has left a place for Heaven’s altar to rise and tower far above the world, and reach beyond the universe to touch the heart of ALL creation? What IS Heaven, but a song of gratitude and love and praise, by everything created, to the Source of its creation? The holiest of altars is set where once was sin believed to be. For here does every light of heaven come, to be rekindled and increased in joy. For here is what was lost to them restored, and all their radiance made whole again.

Forgiveness brings no little miracles to lay before the gate of Heaven. Here the Son of God Himself comes to receive each gift that brings him nearer to his home. Not one is lost, and none is cherished more than any other. Each reminds him of His Father’s Love as surely as the rest. And each one teaches him that what he fears he loves the most. What BUT a miracle could change his mind, so that he understands that love cannot BE feared? What other miracle is there but this? And what else NEED there be, to make the space between you disappear? Where sin once was perceived will rise a world which will become an altar to the truth. And YOU will join the lights of Heaven there, and sing their song of gratitude and praise.

For as they come to YOU to be complete, so will you go with them. For no-one hears the song of Heaven, and remains without a voice that adds its power to the song, and makes it sweeter still. And each one joins the singing at the altar which was raised within the tiny spot that sin proclaimed to be its own. And what WAS tiny then has soared into a magnitude of song, in which the universe has joined with but a single voice. This tiny spot of sin that stands between you still is holding back the happy opening of Heaven’s gate. How LITTLE is the hindrance which withholds the wealth of Heaven from you. And how GREAT will be the joy in Heaven when you join the mighty chorus to the Love of God.

A little hindrance can seem large indeed to those who do not understand that miracles are all the same. But teaching that is what this course is FOR. That is its only purpose, for only that is all there is to learn. And you can learn it many different ways. All learning is a help or hindrance to the gate of Heaven. Nothing in between is possible. There are TWO teachers only, who point in different ways. And you will go along the way your chosen teacher leads. There are but TWO directions you can take, while time remains and choice is meaningful. For never will another road be made, except the way to Heaven. You but choose whether to go TOWARD Heaven, or away to nowhere. There is nothing else to choose.

Nothing is ever lost but time, which, in the end, IS nothing. It is but a little hindrance to eternity, quite meaningless to the real Teacher of the world. But since you DO believe in its reality, why should you waste it going nowhere, when it CAN be used to reach a goal as high as learning can achieve? Think not the way to Heaven’s gate is difficult at all. Nothing you undertake with certain purpose and high resolve and happy confidence, holding each other’s hand and keeping step to Heaven’s song, is difficult to do. But it IS hard indeed to wander off, alone and miserable, down a road which leads to nothing, and which HAS no purpose.

God gave His Teacher to REPLACE the one you made, NOT to CONFLICT with it. And what He would replace HAS BEEN replaced. Time lasted but an instant in your mind, with NO effect upon eternity. And so is ALL time past, and everything EXACTLY as it was before the way to nothingness was made. The tiny tick of time, in which the first mistake was made, and ALL of them within that ONE mistake, held also the Correction for that one, and ALL of them that came within the first. And in that tiny instant time was gone, for that was all it ever was. What God gave Answer to IS answered, and IS gone.

As witness to forgiveness, aid to prayer, and the effect of mercy truly taught, healing is blessing. And the world responds in quickened chorus through the voice of prayer. Forgiveness shines its merciful reprieve upon each blade of grass and feathered wing and all the living things upon the earth. Fear has no haven here, for love has come in all its holy oneness. Time remains only to let the last embrace of prayer rest on the earth an instant, as the world is shined away. This instant is the goal of all true healers, whom the Christ has taught to see His likeness and to teach like Him.

Urtext – Workbook for Students
309. “I will not fear to look within today.”

Within me is Eternal Innocence, because it is God’s Will that It be there forever and forever. I, His Son, whose will is limitless as is His own, can will no change in this. For to deny my Father’s Will is to deny my own. To look within is but to find my will as God created it, and as it is. I fear to look within because I think I made another will which is not true, and made it real. Yet it has no effects. Within me is the holiness of God. Within me is the memory of Him.

“The step I take today, my Father, is my sure release from idle dreams of sin. Your altar stands serene and undefiled. It is the holy altar to my Self, and there I find my true Identity.”