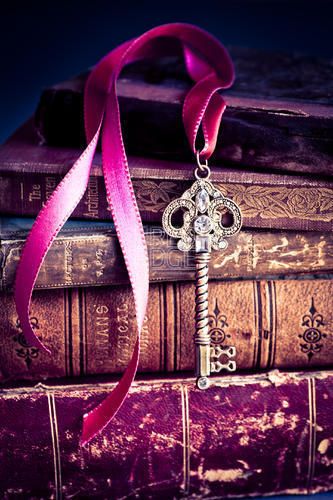 Day 330
The miracle establishes you dream a dream, and that its content is not true. This is a crucial step in dealing with illusions. No-one is AFRAID of them, when he perceives HE MADE THEM UP. The fear was held in place BECAUSE he did not see that he was AUTHOR of the dream, and not a figure IN the dream. He gives HIMSELF the consequences that he dreams he gave his brother. And it is but this the dream has put together and has offered him, to show him that his wishes have been done.

Thus does he fear his OWN attack, but sees it at another’s hands. As victim, he is suffering from its effects, but NOT their cause. He authored NOT his own attack, and he is innocent of what he caused.

The miracle does nothing but to show him that HE has done nothing. What he fears is cause WITHOUT the consequences which would MAKE it cause. And so it never was. The separation started with the dream the Father was deprived of His effects, and powerless to keep them, since He was no longer their Creator. In the dream, the dreamer made HIMSELF, but what he made had turned AGAINST him, taking on the role of its creator, as the dreamer had. And, as he hated HIS Creator, so the figures in the dream have hated HIM. His body is their slave, which they abuse because the motives HE has given it have THEY adopted as their own. And hate it for the vengeance IT would offer THEM.

It is THEIR vengeance on the body which appears to prove the dreamer COULD not be the maker of the dream. Effect and cause are first split off, and then REVERSED, so that effect becomes a cause; the cause, effect. This is the separation’s final step, with which salvation, which proceeds to go the OTHER way, begins. This final step is an effect of what has gone before, APPEARING as a cause. The miracle is the first step in giving BACK to cause the function of causation, NOT effect. For THIS confusion has produced the dream, and, while it lasts, will wakening be feared. Nor will the Call to wakening be heard, because it SEEMS to be the call of fear.

Like EVERY lesson that the Holy Spirit requests you learn, the miracle is clear.

It DEMONSTRATES what He would have you learn, and SHOWS you its effects are what you WANT. In its forgiving dream, are the EFFECTS of yours undone, and hated enemies perceived as friends, with merciful intent. Their enmity is seen as causeless now, BECAUSE they did not make it. And you can accept the role of maker of their hate BECAUSE you see that it has no effects. Now are you freed from this much of the dream; the world is neutral, and the bodies which still seem to move about as separate things NEED NOT BE FEARED. And so they are NOT sick.

The miracle returns the CAUSE of fear to you who made it. But it ALSO shows that, HAVING no effects, it is NOT cause, because the function of causation is to HAVE effects. And where effects are gone, there IS no cause. Thus is the body healed by miracles BECAUSE they show the mind MADE sickness, and employed the body to be victim, or EFFECT, of what it made. But HALF the lesson will not teach the whole. The miracle is useless, if you learn but that the BODY can be healed, for this is NOT the lesson it was sent to teach. The lesson is the MIND was sick that thought the body COULD be sick; projecting OUT its guilt caused NOTHING, and had NO effects.

This world is full of miracles. They stand in shining silence next to every dream of pain and suffering, of sin and guilt. They are the dream’s ALTERNATIVE, the choice to be the dreamer, rather than deny the active role in making up the dream. They are the glad effects of taking back the consequence of sickness to its cause. The body is released, because the mind acknowledges “this is not DONE TO me, but I am doing this.” And thus the mind is free to make another choice instead.

Beginning here, salvation will proceed to change the course of every step in the descent to separation, until all the steps have been retraced, the ladder gone, and ALL the dreaming of the world undone.

(What have you kept from God that you would hide behind your judgment? What have you concealed beneath the cloak of kindness and concern? Use no one for your needs, for that is “sin”, and you will pay the penalty in guilt. Remember you need nothing, but you have an endless store of loving gifts to give. But teach this lesson only to yourself. Your brother will not learn it from your words or from the judgments you have laid on him. You need not even speak a word to him. You cannot ask, “What shall I say to him?” and hear God’s answer. Rather ask instead, “Help me to see this brother through the eyes of truth and not of judgment,” and the help of God and all His angels will respond.

For only here we rest. We cast away our little judgments and our petty words; our tiny problems and our false concerns. We have attempted to be master of our destiny and thought that peace lay there. Freedom and judgment is impossible. But by your side is One Who knows the way. Step back for Him and let Him lead you to the rest and silence of the Word of God.)
(End of Special Message)

Urtext – Workbook for Students
330. “I will not hurt myself again today.”

Let us this day accept forgiveness as our only function. Why should we attack our minds, and give them images of pain? Why should we teach them they are powerless, when God holds out His power and His Love, and bids them take what is already theirs? The mind that is made willing to accept God’s gifts has been restored to Spirit, and extends its freedom and its joy, as is the Will of God united with its own. The Self Which God created cannot sin, and therefore cannot suffer. Let us choose today that He be our Identity, and thus escape forever from all things the dream of fear appears to offer us.

“Father, Your Son can not be hurt. And if we think we suffer, we but fail to know our one Identity we share with You. We would return to It today, to be made free forever from all our mistakes, and to be saved from what we thought we were.”