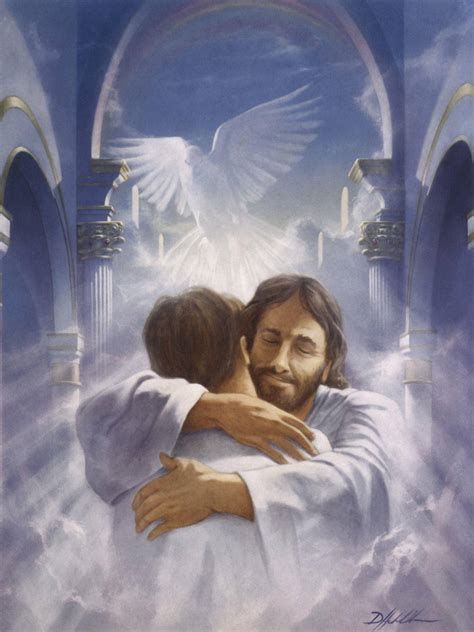 Do you believe that truth can be but SOME illusions? They are dreams BECAUSE they are not true. Their EQUAL lack of truth becomes the basis for the miracle, which MEANS that you have understood that dreams are dreams, and that escape depends, NOT on the dream, but ONLY on awaking. COULD it be some dreams are KEPT, and others WAKENED FROM? The choice is NOT between which dreams to keep, but ONLY if you want to live in dreams, or to awaken from them. Thus it is the miracle does not select SOME dreams to leave untouched by its beneficence. You cannot dream some dreams and wake from some. For you are either sleeping OR awake. And dreaming goes with only ONE of these.

The dreams you THINK you like would hold you back, as much as those in which the fear is seen. For EVERY dream is but a dream of fear, no matter what the form it seems to take. The fear is seen within, without, or both. Or it can be disguised in pleasant form. But never is it ABSENT from the dream. For fear is the material of dreams, from which they ALL are made. Their form can change, but they cannot be MADE of something else. The miracle were treacherous indeed if it allowed you still to be afraid, because you did not RECOGNIZE the fear. You would not then be WILLING to awake, for which the miracle prepares the way.

In simplest form, it can be said attack is a response to function unfulfilled AS YOU PERCEIVE THE FUNCTION. It can be in you or someone else, but where it is perceived, it will be there it is attacked. Depression or assault must be the theme of every dream, for they are made of fear. The thin disguise of pleasure and of joy in which they may be wrapped but slightly veils the heavy lump of fear which is their core. And it is THIS the miracle perceives, and NOT the wrappings in which it is bound. When you are angry, is it not because someone has failed to fill the function YOU allotted him? And does not THIS become the “reason” your attack is justified?

The dreams you THINK you like are those in which the functions YOU have given have been filled; the needs which YOU ascribe to you are met. It does not matter if they be fulfilled, or merely wanted. It is the idea that they EXIST from which the fears arise. Dreams are not wanted more or less. They are desired or not. And each one represents some function which you have assigned; some goal which an event, or body, or a thing SHOULD represent, and SHOULD achieve for you. If it succeeds, you think you LIKE the dream. If it should fail, you think the dream is sad. But whether it succeeds or fails is not its core, but just the flimsy covering.

How happy would your dreams become, if you were NOT the one who gave the “proper” role to every figure that the dream contains. No-one can fail but your IDEA of him, and there IS no betrayal but of this. The core of dreams the Holy Spirit gives is NEVER one of fear. The coverings may not appear to change, but what they MEAN has changed BECAUSE they cover something else. Perceptions are determined by their purpose, in that they seem to BE what they are FOR. A shadow figure who attacks becomes a brother giving you a chance to help, if this becomes the FUNCTION of the dream. And dreams of sadness thus are turned to joy.

What is your brother FOR? You do not know, because YOUR function is obscure to you. Do NOT ascribe a role to him which you imagine would bring happiness to you. And do not try to hurt him, when he fails to take the part which you assigned to him in what you dream your life was meant to be. He asks for help in every dream he has, and you have Help to give him if you see the FUNCTION of the dream as He perceives its function, Who can utilize all dreams as means to serve the Function given Him. Because He loves the dreamer, NOT the dream, each dream becomes an offering of love. For at its center is His Love for you, which lights WHATEVER form it takes with love.

I do not fail my promises. When I promised you a year of radiance and peace, I meant it. What is the massing [of darkness preventing progress toward truth] but a point of nothingness to us? Darkness does not exist. When the light comes it is gone. And it will be, and very soon.

Urtext – Workbook for Students
339. “I will receive whatever I request.”

No-one desires pain. But he can think that pain is pleasure. No-one would avoid his happiness. But he can think that joy is painful, threatening and dangerous. Everyone will receive what he requests. But he can be confused indeed about the things he wants; the state he would attain. What can he then request that he would want when he receives it? He has asked for what will frighten him, and bring him suffering. Let us resolve today to ask for what we really want, and only this, that we may spend this day in fearlessness, without confusing pain with joy, or fear with love.

“Father, this is Your day. It is a day in which I would do nothing by myself, but hear Your Voice in everything I do; requesting only what You offer me, accepting only Thoughts You share with me.”