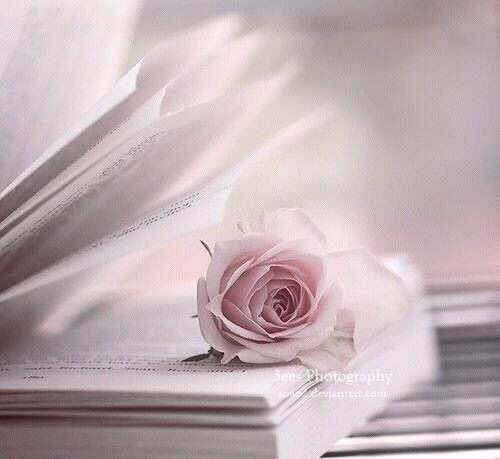 A COURSE IN MIRACLES
MANUAL FOR TEACHERS
#5. HOW IS HEALING ACCOMPLISHED?


1 Healing involves an understanding of what the illusion of sickness is for. Healing is impossible without this


The Perceived Purpose of Sickness

2 Healing is accomplished the instant the sufferer no longer sees any value in pain. Who would choose suffering unless he thought it brought him something, and something of value to him? He must think it is a small price to pay for something of greater worth. For sickness is an election, a decision. It is the choice of weakness in the mistaken conviction that it is strength. When this occurs, real strength is seen as threat and health as danger. Sickness is a method, conceived in madness, for placing God's Son on his Father's throne. God is seen as outside, fierce and powerful, eager to keep all power for Himself. Only by His death can He be conquered by His Son.

3 And what, in this insane conviction, does healing stand for? It symbolizes the defeat of God's Son and the triumph of his Father over him. It represents the ultimate defiance in a direct form which the Son of God is forced to recognize. It stands for all that he would hide from himself to protect his life. If he is healed, he is responsible for his thoughts. And if he is responsible for his thoughts, he will be killed to prove to him how weak and pitiful he is. But if he chooses death himself, his weakness is his strength. Now has he given himself what God would give to him and thus entirely usurped the throne of his Creator.


The Shift in Perception


4 Healing must occur in exact proportion in which the valuelessness of sickness is recognized. One need but say, "There is no gain to me at all in this," and he is healed. But to say this one must first recognize certain facts. First, it is obvious that decisions are of the mind, not of the body. If sickness is but a faulty problem-solving approach, it is a decision. And if it is a decision, it is the mind and not the body that makes it. The resistance to recognizing this is enormous because the existence of the world as we perceive it depends on the body being the decision-maker. Terms like "instincts," "reflexes" and the like represent attempts to endow the body with non-mental motivators. Actually, such terms merely state or describe the problem. They do not answer it.

5 The acceptance of sickness as a decision of the mind for a purpose for which it would use the body is the basis of healing. And this is so for healing in all forms. A patient decides that this is so, and he recovers. If he decides against recovery, he will not be healed. Who is the physician? Only the mind of the patient himself. The outcome is what he decides that it is. Special agents seem to be ministering to him, yet they but give form to his own choice. He chooses them to bring tangible form to his desires. And it is this they do, and nothing else. They are not actually needed at all. The patient could merely rise up without their aid and say, "I have no use for this." There is no form of sickness that would not be cured at once.

6 What is the single requisite for this shift in perception? It is simply this: the recognition that sickness is of the mind and has nothing to do with the body. What does this recognition "cost"? It costs the whole world we see, for the world will never again appear to rule the mind. For with this recognition is responsibility placed where it belongs—not with the world but on him who looks on the world and sees it as it is not. He looks on what he chooses to see. No more and no less. The world does nothing to him. He only thought it did. Nor does he do anything to the world because he was mistaken about what it was. Herein is the release from guilt and sickness both, for they are one. Yet to accept this release, the insignificance of the body must be an acceptable idea.

7 With this idea is pain forever gone. But with this idea goes also all confusion about creation. Does not this follow of necessity? Place cause and effect in their true sequence in one respect, and the learning will generalize and transform the world. The transfer value of one true idea has no end nor limit. The final outcome of this lesson is the remembrance of God. What do guilt and sickness, pain, disaster, and all suffering mean now? Having no purpose, they are gone. And with them also go all the effects they seemed to cause. Cause and effect but replicate creation. Seen in their proper perspective, without distortion and without fear, they re-establish Heaven.


The Function of the Teacher of God


8 If the patient must change his mind in order to be healed, what does the teacher of God do? Can he change the patient's mind for him? Certainly not. For those already willing to change their mind he has no function except to rejoice with them, for they have become teachers of God with him. He has, however, a more specific function for those who do not understand what healing is. These patients do not realize they have chosen sickness. On the contrary, they believe that sickness has chosen them. Nor are they open-minded on this point. The body tells them what to do, and they obey. They have no idea how insane this concept is. If they even suspected it, they would be healed. Yet they suspect nothing. To them the separation is quite real.

9 To them God's teachers come to represent another choice which they had forgotten. The simple presence of a teacher of God is a reminder. His thoughts ask for the right to question what the patient has accepted is true. As God's messengers, His teachers are the symbols of salvation. They ask the patient for forgiveness for God's Son in his own name. They stand for the alternative. With God's Word in their minds they come in benediction, not to heal the sick but to remind them of the remedy God has already given them. It is not their hands that heal. It is not their voice that speaks the Word of God. They merely give what has been given them. Very gently they call to their brothers to turn away from death. Behold, you Son of God, what life can offer you. Would you choose sickness in place of this?

10 Not once do the advanced teachers of God consider the forms of sickness in which their brother believes. To do this is to forget that all of them have the same purpose and therefore are not really different. They seek for God's Voice in this brother who would so deceive himself as to believe God's Son can suffer. And they remind him that he has not made himself and must remain as God created him. They recognize illusions can have no effect. The truth in their minds reaches out to the truth in the minds of their brothers, so that illusions are not reinforced. They are thus brought to truth, and truth is not brought to them. So are they dispelled, not by the will of another but by the union of the One Will with itself. And this is the function of God's teachers—to see no will as separate from their own, nor theirs as separate from God's.

1 Father, I thank You for today and for the freedom I am certain it will bring. This day is holy, for today Your Son will be redeemed. His suffering is done. For he will hear Your Voice directing him to find Christ's vision through forgiveness and be free forever from all suffering. Thanks for today, my Father. I was born into this world but to achieve this day and what it holds in joy and freedom for Your holy Son and for the world he made, which is released along with him today.


2 Be glad today! Be glad! There is no room for anything but joy and thanks today. Our Father has redeemed His Son this day! Not one of us but will be saved today. Not one who will remain in fear, and none the Father will not gather to Himself, awake in Heaven in the Heart of Love.