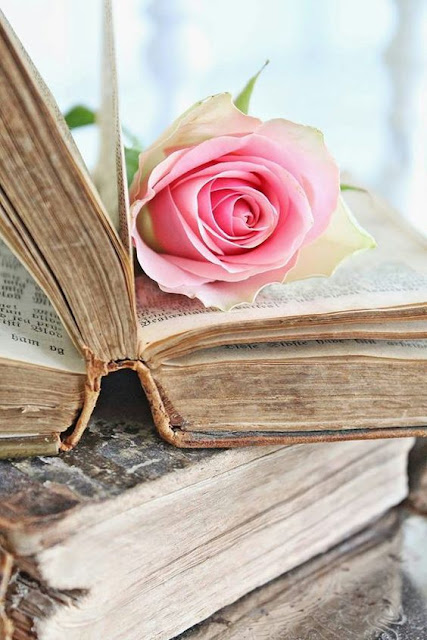 A COURSE IN MIRACLES
MANUAL FOR TEACHERS
#6. IS HEALING CERTAIN?


1 Healing is always certain. It is impossible to let illusions be brought to truth and keep the illusions. Truth demonstrates illusions have no value. The teacher of God has seen the correction of his errors in the mind of the patient, recognizing it for what it is. Having accepted the Atonement for himself, he has also accepted it for the patient. Yet what if the patient uses sickness as a way of life, believing healing is the way to death? When this is so, a sudden healing might precipitate intense depression, and a sense of loss so deep that the patient might even try to destroy himself. Having nothing to live for, he may ask for death. Healing must wait, for his protection.

2 Healing will always stand aside when it would be seen as threat. The instant it is welcome it is there. Where healing has been given, it will be received. And what is time before the gifts of God? We have referred many times in the text to the storehouse of treasures laid up equally for the giver and the receiver of God's gifts. Not one is lost, for they can but increase. No teacher of God should feel disappointed if he has offered healing and it does not appear to have been received. It is not up to him to judge when his gift should be accepted. Let him be certain it has been received and trust that it will be accepted when it is recognized as a blessing and not a curse.

3 It is not the function of God's teachers to evaluate the outcome of their gifts. It is merely their function to give them. Once they have done that, they have also given the outcome, for that is part of the gift. No one can give if he is concerned with the result of the giving. That is a limitation on the giving itself, and neither the giver nor the receiver would have the gift. Trust is an essential part of giving; in fact, it is the part that makes sharing possible, the part that guarantees the giver will not lose but only gain. Who gives a gift and then remains with it to be sure it is used as the giver deems appropriate? Such is not giving but imprisoning.

4 It is the relinquishing of all concern about the gift that makes it truly given. And it is trust that makes true giving possible. Healing is the change of mind that the Holy Spirit in the patient's mind is seeking for him. And it is the Holy Spirit in the mind of the giver Who gives the gift to Him. How can it be lost? How can it be ineffectual? How can it be wasted? God's treasure house can never be empty. And if one gift were missing, it would not be full. Yet is its fullness guaranteed by God. What concern, then, can a teacher of God have about what becomes of his gifts? Given by God to God, who in this holy exchange can receive less than everything?


7. Should Healing Be Repeated?

1 This question really answers itself. Healing cannot be repeated. If the patient is healed, what remains to heal him from? And if the healing is certain, as we have already said it is, what is there to repeat? For a teacher of God to remain concerned about the result of healing is to limit the healing. It is now the teacher of God himself whose mind needs to be healed. And it is this he must facilitate. He is now the patient, and he must so regard himself. He has made a mistake and must be willing to change his mind about it. He lacked the trust that makes for giving truly, and so he has not received the benefit of his gift.

2 Whenever a teacher of God has tried to be a channel for healing, he has succeeded. Should he be tempted to doubt this, he should not repeat his previous effort. That was already maximal because the Holy Spirit so accepted it and so used it. Now the teacher of God has only one course to follow. He must use his reason to tell himself that he has given the problem to One Who cannot fail, and recognize that his own uncertainty is not love but fear and therefore hate. His position has thus become untenable, for he is offering hate to one to whom he offered love. This is impossible. Having offered love, only love can be received.

3 It is in this that the teacher of God must trust. This is what is really meant by the statement that the one responsibility of the miracle worker is to accept the Atonement for himself. The teacher of God is a miracle worker because he gives the gifts he has received. Yet he must first accept them. He need do no more, nor is there more that he could do. By accepting healing, he can give it. If he doubts this, let him remember Who gave the gift and Who received it. Thus is his doubt corrected. He thought the gifts of God could be withdrawn. That was a mistake, but hardly one to stay with. And so the teacher of God can only recognize it for what it is and let it be corrected for him.

4 One of the most difficult temptations to recognize is that to doubt a healing because of the appearance of continuing symptoms is a mistake in the form of lack of trust. As such, it is an attack. Usually it seems to be just the opposite. It does appear unreasonable at first to be told that continued concern is attack. It has all the appearances of love. Yet love without trust is impossible, and doubt and trust cannot coexist. And hate must be the opposite of love, regardless of the form it takes. Doubt not the gift, and it is impossible to doubt its result. This is the certainty that gives God's teachers the power to be miracle workers, for they have put their trust in Him.

5 The real basis for doubt about the outcome of any problem that has been given to God's Teacher for resolution is always self-doubt. And that necessarily implies that trust has been placed in an illusory self, for only such a self can be doubted. This illusion can take many forms. Perhaps there is a fear of weakness and vulnerability. Perhaps there is a fear of failure and shame associated with a sense of inadequacy. Perhaps there is a guilty embarrassment stemming from false humility. The form of the mistake is not important. What is important is only the recognition of a mistake as a mistake.

6 The mistake is always some form of concern with the self to the exclusion of the patient. It is a failure to recognize him as part of the self and thus represents a confusion in identity. Conflict about what you are has entered your mind, and you have become deceived about yourself. And you are deceived about yourself because you have denied the Source of your creation. If you are offering only healing, you cannot doubt. If you really want the problem solved, you cannot doubt. If you are certain what the problem is, you cannot doubt. Doubt is the result of conflicting wishes. Be sure of what you want, and doubt becomes impossible.

A COURSE IN MIRACLES
DAILY LESSON
WHAT IS A MIRACLE?


1 A miracle is a correction. It does not create nor really change at all. It merely looks on devastation, and reminds the mind that what it sees is false. It undoes error, but does not attempt to go beyond perception nor exceed the function of forgiveness. Thus it stays within time's limits. Yet it paves the way for the return of timelessness and love's awakening, for fear must slip away under the gentle remedy it gives.

2 A miracle contains the gift of grace, for it is given and received as one. And thus it illustrates the law of truth the world does not obey because it fails entirely to understand its ways. A miracle inverts perception which was upside-down before, and thus it ends the strange distortions that were manifest. Now is perception open to the truth. Now is forgiveness seen as justified.

3 Forgiveness is the home of miracles. The eyes of Christ deliver them to all they look upon in mercy and in love. Perception stands corrected in His sight, and what was meant to curse has come to bless. Each lily of forgiveness offers all the world the silent miracle of love. And each is laid before the Word of God upon the universal altar to Creator and creation, in the light of perfect purity and endless joy.

4 The miracle is taken first on faith because to ask for it implies the mind has been made ready to conceive of what it cannot see and does not understand. Yet faith will bring its witnesses to show that what it rested on is really there. And thus the miracle will justify your faith in it and show it rested on a world more real than what you saw before—a world redeemed from what you thought you saw.

5 Miracles fall like drops of healing rain from Heaven on a dry and dusty world, where starved and thirsty creatures came to die. Now they have water. Now the world is green. And everywhere the signs of life spring up to show that what is born can never die, for what has life has immortality.


L e s s o n 341
I can attack but my own sinlessness,
And it is only that which keeps me safe.

1 Father, Your Son is holy. I am he on whom You smile in love and tenderness so deep and dear and still the universe smiles back on You and shares Your holiness. How pure, how safe, how sacred then are we, abiding in Your smile, with all Your Love bestowed upon us, living one with You in brotherhood and Fatherhood complete, in sinlessness so perfect that the Lord of Sinlessness conceives us as His Son, a universe of Thought completing Him.

2 Let us not then attack our sinlessness, for it contains the Word of God to us, and in its kind reflection we are saved.