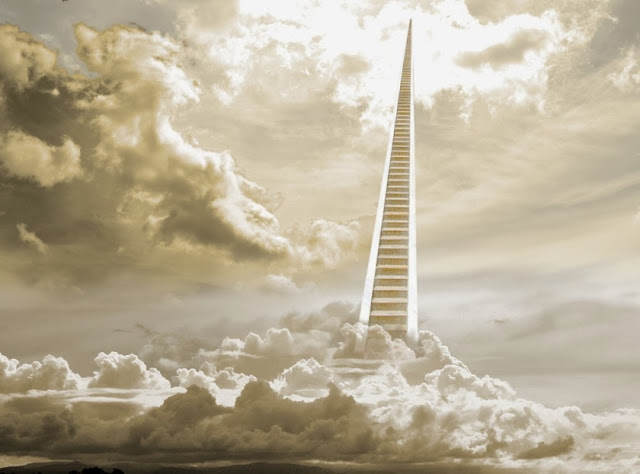 2:1 This section deals with a fundamental misuse of knowledge, referred to in the Bible as the cause of the "fall," or separation. There are some definitions which I asked you to take from the dictionary which will be helpful here. They are somewhat unusual since they are not the first definitions which are given. Nevertheless, the fact that each of them does appear in the dictionary should be reassuring.

2 Project (verb): to extend forward or out.
Project (noun): a plan in the mind.
World: a natural grand division.

3 We will refer later to projection as related to both mental health and mental illness. We have already observed that man can create an empty shell, but he cannot create nothing at all. This emptiness provides the screen for the misuse of projection.

4 The Garden of Eden, which is described as a literal garden in the Bible, was not an actual garden at all. It was merely a mental state of complete need-lack. Even in the literal account, it is noteworthy that the pre-separation state was essentially one in which man needed nothing. The "tree of knowledge" is also an overly literal figure. These concepts need to be clarified before the real meaning of the separation, or the "detour into fear," can be fully understood.

5 To "project," as defined above, is a fundamental attribute of God which He gave to His Son. In the creation, God projected His creative ability from Himself to the Souls He created, and He also imbued them with the same loving will to create. The Soul has not only been fully created but has also been created perfect. There is noemptiness in it. Because of its likeness to its Creator, it is creative. No Child of God can lose this ability because it is inherent in what he is, but he can use it inappropriately. Whenever projection is used inappropriately, it alwaysimplies that some emptiness or lack exists and that it is in man's ability to put his own ideas there instead of truth.

6 If you consider carefully what this entails, the following will become quite apparent:

7 First, the assumption is implicit that what God created can be changed by the mind of man.
8 Second, the concept that what is perfect can be rendered imperfect or wanting is accepted.
9 Third, the belief that man can distort the creations of God, including himself, is accepted.
10 Fourth, the idea that since man can create himself, the direction of his own creation is up to him is implied.

11 These related distortions represent a picture of what actually occurred in the separation. None of this existed before, nor does it actually exist now. The world was made as "a natural grand division," or a projecting outward of God. That is why everything that He created is like Him. Projection, as undertaken by God, is very similar to the kind of inner radiance which the Children of the Father inherit from Him. It is important to note that the term "project outward" necessarily implies that the real source of projection is internal. This is as true of the Son as of the Father.

12 The world, in the original connotation of the term, included both the proper creation of man by God and the proper creation by man in his right mind. The latter required the endowment of man by God with free will becauseall loving creation is freely given. Nothing in these statements implies any sort of level involvement or in fact anything except one continuous line of creation in which all aspects are of the same order.

13 When the "lies of the serpent" were introduced, they were specifically called "lies" because they are not true. When man listened, all he heard was untruth. He does not have to continue to believe what is not true unless he chooses to do so. All of his miscreations can literally disappear in "the twinkling of an eye" because they are merely visual misperceptions. Man's Spiritual eye can sleep, but a sleeping eye can still see. What is seen in dreams seems to be very real. The Bible mentions that "a deep sleep fell upon Adam," and nowhere is there any reference to his waking up.

14 The history of man in the world as he sees it has not yet been marked by any genuine or comprehensive reawakening or rebirth. This is impossible as long as man projects in the spirit of miscreation. It still remains within him, however, to project as God projected His own Spirit to him. In reality, this is his only choice because his free will was given him for his own joy in creating the perfect.

15 All fear is ultimately reducible to the basic misperception that man has the ability to usurp the power of God. It can only be emphasized that he neither can nor has been able to do this. In this fact lies the real justification for his escape from fear. The escape is brought about by his acceptance of the Atonement, which places him in a position to realize that his own errors never really occurred. When the "deep sleep" fell upon Adam, he was in a condition to experience nightmares because he was asleep. If a light is suddenly turned on while someone is dreaming a fearful dream, he may initially interpret the light itself as a part of his own dream and be afraid of it. However, when he awakens the light is correctly perceived as the release from the dream, which is no longer accorded reality.

16 It is quite apparent that this release does not depend on the kind of "knowledge" which is nothing more than deceiving lies. The knowledge which illuminates rather than obscures is the knowledge which not only sets you free, but which also shows you clearly that you are free. Whatever lies you may believe are of no concern to the miracle, which can heal any of them with equal ease. It makes no distinctions among misperceptions. Its soleconcern is to distinguish between truth on the one hand and all kinds of errors on the other. Some miracles may seem to be of greater magnitude than others. But remember the first point in this course—that there is no order of difficulty in miracles.

17 In reality, you are perfectly unaffected by all expressions of lack of love. These can be either from yourself andothers or from yourself to others or from others to you. Peace is an attribute in you. You cannot find it outside. All mental illness is some form of external searching. Mental health is inner peace. It enables you to remain unshaken by lack of love from without and capable through your own miracles of correcting the external conditions which proceed from lack of love in others.

Urtext – Use of Terms (The Ego – The Miracle continued)

Your questions have no answer, being made to still God’s Voice, which asks of everyone one question only: “Are you ready yet to help Me save the world?” Ask this instead of what the ego is, and you will see a sudden brightness cover up the world the ego made. No miracle is now withheld from anyone. The world is saved from what you thought it was. And what it is, is wholly uncondemned and wholly pure.

The miracle forgives; the ego damns. Neither need be defined except by this. Yet could a definition be more sure, or more in line with what salvation asks? Problem and answer lie together here, and having met at last the choice is clear. Who chooses hell when it is recognized? And who would not go on a little while when it is given him to understand the way is short and Heaven is his goal?

(End of The Ego – The Miracle)

Today’s idea is really another form of the preceding one, except that it is more specific as to the emotion aroused. Actually, a meaningless world is impossible.

Nothing without meaning exists. However, it does not follow that you will not perceive something that has no meaning. On the contrary, you will be particularly likely to think you do perceive it.

Recognition of meaninglessness arouses intense anxiety in all the separated ones. It represents a situation in which God and the ego “challenge” each other as to whose meaning is to be written in the empty space which meaninglessness provides. The ego rushes in frantically to establish its own “ideas” there, fearful that the void may otherwise be used to demonstrate its own unreality. And on this alone it is correct.

It is essential, therefore, that you learn to recognize the meaningless, and accept it without fear. If you are fearful, it is certain that you will endow the world with attributes which it does not possess, and crowd it with images that do not exist. To the ego illusions are safety devices, as they must also be to you who equate yourself with the ego.

The exercises for today, which should be done about three or four times for not more than a minute or so at most each time, are to be practiced in a somewhat different way from the preceding ones.

With eyes closed, repeat today’s idea to yourself. Then open your eyes and look about you slowly:

“I am looking at a meaningless world.”

Repeat this statement to yourself as you look about. Then close your eyes and conclude with:

“A meaningless world engenders fear because I think I am in competition with God.”

You may find it difficult to avoid resistance, in one form or another, to this concluding statement. Whatever form such resistance may take, remind yourself that you are really afraid of such a thought because of the “vengeance” of the “enemy.” You are not expected to believe the statement at this point, and will probably try to dismiss it as preposterous. Note carefully, however, any signs of overt or covert fear which it may arouse. This is our first attempt at stating an explicit cause and effect relationship of a kind which you are very inexperienced in recognizing. Do not dwell on the concluding statement, and try not even to think of it except during the exercise periods. That will suffice at present.