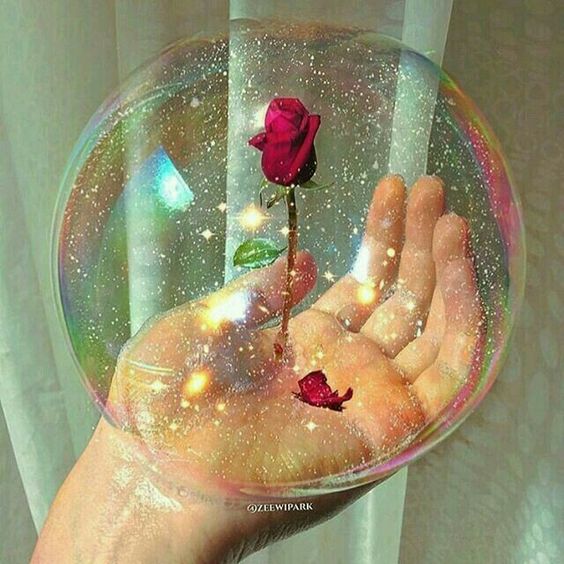 Chapter Nine: The Correction of Error
IV. The Unhealed Healer

20 The ego's plan for forgiveness is far more widely used than God's. This is because it is undertaken by unhealed healers and is therefore of the ego. Let us consider the unhealed healer more carefully now. By definition, he is trying to give what he has not received. If he is a theologian, he may begin with the premise, "I am a miserable sinner and so are you." If he is a psychotherapist, he is more likely to start with the equally incredible idea that hereally believes in attack and so does the patient, but it does not matter in either case.

21 We have repeatedly stated that beliefs of the ego cannot be shared, and this is why they are unreal. How, then, can "uncovering" them make them real? Every healer who searches fantasies for truth must be unhealed because he does not know where to look for truth and therefore does not have the answer to the problem of healing. There is an advantage to bringing nightmares into awareness, but only to teach that they are not real and that anything they contain is meaningless. The unhealed healer cannot do this because he does not believe it.

22 All unhealed healers follow the ego's plan for forgiveness in one form or another. If they are theologians, they are likely to condemn themselves, teach condemnation, and advocate a very fearful solution. Projecting condemnation onto God, they make Him appear retaliative and fear His retribution. What they have done is merely to identify with the ego and, by perceiving clearly what it does, condemn themselves because of this profound confusion. It is understandable that there has been a revolt against this concept, but to revolt against it is still to believe in it. The form of the revolt, then, is different but not the content.

23 The newer forms of the ego's plan are as unhelpful as the older ones because form does not matter to the Holy Spirit and therefore does not matter at all. According to the newer forms of the ego's plan, the therapist interprets the ego's symbols in the nightmare and then uses them to prove that the nightmare is real. Having madeit real, he then attempts to dispel its effects by depreciating the importance of the dreamer. This would be a healing approach if the dreamer were properly identified as unreal. Yet if the dreamer is equated with the mind, the mind's corrective power through the Holy Spirit is denied.

24 It is noteworthy that this is a contradiction even in the ego's terms, and one which it usually does note, even in its confusion. If the way to counteract fear is to reduce the importance of the fearer, how can this build ego strength? These perfectly self-evident inconsistencies account for why, except in certain stylized verbal accounts, no one can explain what happens in psychotherapy. Nothing real does. Nothing real has happened to the unhealed healer, and he learns from his own teaching.

25 Because his ego is involved, it always attempts to gain some support from the situation. Seeking to get something for himself, the unhealed healer does not know how to give and consequently cannot share. He cannot correct because he is not working correctively. He believes that it is up to him to teach the patient what is real, but he does not know it himself. What, then, should happen? When God said, "Let there be light," there was light. Can you find light by analyzing darkness as the psychotherapist does or like the theologian, by acknowledging darkness in yourself and looking for a distant light to remove it while emphasizing the distance?

26 Healing is not mysterious. Nothing will occur unless you understand it, since light is understanding. A "miserable sinner" cannot be healed without magic, nor can an "unimportant mind" esteem itself without magic. Both forms of the ego's approach, then, must arrive at an impasse, the characteristic "impossible situation" to which the ego always leads. It can be helpful to point out to a patient where he is heading, but the point is lost unless he can change his direction. The therapist cannot do this for him, but he also cannot do this for himself.

27 The only meaningful contribution the therapist can make is to present an example of one whose direction has been changed for him and who no longer believes in nightmares of any kind. The light in his mind will therefore answer the questioner, who must decide with God that there is light because he sees it. And by hisacknowledgment, the therapist knows it is there. That is how perception ultimately is translated into knowledge. The miracle worker begins by perceiving light and translates his perception into sureness by continually extending it and accepting its acknowledgment. Its effects assure him it is there.

28 The therapist does not heal; he lets healing be. He can point to darkness, but he cannot bring light of himself, for light is not of him. Yet, being for him, it must also be for his patient. The Holy Spirit is the only therapist. He makes healing perfectly clear in any situation in which he is the Guide. The human therapist can only let Him fulfillHis function. He needs no help for this. He will tell you exactly what to do to help anyone He sends to you for help and will speak to him through you if you do not interfere. Remember that you are choosing a guide for helping, and the wrong choice will not help. But remember also that the right one will. Trust Him, for help is His function, and He is of God.

29 As you awaken other minds to the Holy Spirit through Him and not yourself, you will understand that you are not obeying the laws of this world, but that the laws you are obeying work. "The good is what works" is a sound, though insufficient, statement. Only the good can work. Nothing else works at all. This course is a guide to behavior. Being a very direct and very simple learning situation, it provides the Guide who tells you what to do. If you do it, you will see that it works. Its results are more convincing than its words. They will convince you that the words are true. By following the right Guide you will learn the simplest of all lessons—


God's Will for me is perfect happiness.


1 Today we will continue with the theme of happiness. This is a key idea in understanding what salvation means. You still believe it asks for suffering as penance for your "sins." This is not so. Yet you must think it so while you believe that sin is real and that God's Son can sin. If sin is real, then punishment is just and cannot be escaped. Salvation thus cannot be purchased but through suffering.

2 If sin is real then happiness must be illusion, for they cannot both be true. The sinful warrant only death and pain, and it is this they ask for, for they know it waits for them and it will seek them out and find them somewhere, sometime, in some form which evens the account they owe to God. They would escape Him in their fear. And yet He will pursue, and they cannot escape.

3 If sin is real, salvation must be pain. Pain is the cost of sin, and suffering can never be escaped if sin is real. Salvation must be feared, for it will kill but slowly, taking everything away before it grants the welcome boon of death to victims who are little more than bones before salvation is appeased. Its wrath is boundless, merciless, but wholly just.

4 Who would seek out such savage punishment? Who would not flee salvation and attempt in every way he can to drown the Voice Which offers it to him? Why would he try to listen and accept Its offering? If sin is real, its offering is death and meted out in cruel form to match the vicious wishes in which sin is born. If sin is real, salvation has become your bitter enemy, the curse of God upon you who have crucified His Son.

5 You need the practice periods today. The exercises teach sin is not real, and all that you believe must come from sin will never happen, for it has no cause. Accept Atonement with an open mind which cherishes no lingering belief that you have made a devil of God's Son.
6 There is no sin. We practice with this thought as often as we can today because it is the basis for today's idea. God's Will for you is perfect happiness because there is no sin, and suffering is causeless. Joy is just, and pain is but the sign you have misunderstood yourself.

7 Fear not the Will of God. But turn to it in confidence that it will set you free from all the consequences sin has wrought in feverish imagination. Say:

8 God's Will for me is perfect happiness.
There is no sin; it has no consequence.
9 So should you start your practice periods, and then attempt again to find the joy these thoughts will introduce into your mind. Give these five minutes gladly to remove the heavy load you laid upon yourself with the insane belief that sin is real.

10 Today escape from madness. You are set on freedom's road, and now today's idea brings wings to speed you on and hope to go still faster to the waiting goal of peace. There is no sin. Remember this today, and tell yourself as often as you can:

" God's Will for me is perfect happiness.
This is the truth because there is no sin."