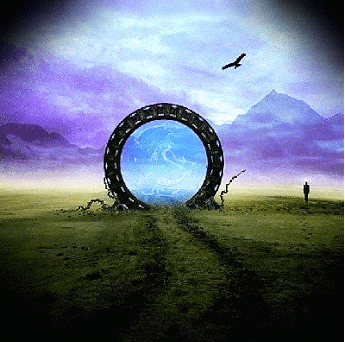 Chapter Ten: God and the Ego


VI. The Dynamics of the Ego

39 No one can escape from illusions unless he looks at them, for not looking is the way they are protected. There is no need to shrink from illusions, for they cannot be dangerous. We are ready to look more closely at the ego's thought system because together we have the lamp that will dispel it, and since you realize you do not want it, you must be ready. Let us be very calm in doing this, for we are merely looking honestly for truth. The "dynamics" of the ego will be our lesson for a while, for we must look first at this to look beyond it since you have made it real. We will undo this error quietly together and then look beyond it to truth.

40 What is healing but the removal of all that stands in the way of knowledge? And how else can one dispel illusions except by looking at them directly without protecting them? Be not afraid, therefore, for what you will be looking at is the source of fear, but you have surely learned by now that fear is not real. We have accepted the fact already that its effects can be dispelled merely by denying their reality. The next step is obviously to recognize that what has no effects does not exist. Laws do not operate in a vacuum, and what leads to nothing has not happened. If reality is recognized by its extension, what extends to nothing cannot be real.

41 Do not be afraid, then, to look upon fear, for it cannot be seen. Clarity undoes confusion by definition, and to look upon darkness through light must dispel it. Let us begin this lesson in "ego dynamics" by understanding that the term itself does not mean anything. In fact, it contains exactly the contradiction in terms which makes it meaningless. "Dynamics" implies the power to do something, and the whole separation fallacy lies in the belief that the ego has the power to do anything. The ego is fearful to you because you believe this. Yet the truth is very simple:


42 All power is of God. What is not of Him has
no power to do anything.
43 When we look at the ego, then, we are not considering dynamics but delusions. We can surely regard a delusional system without fear, for it cannot have any effects if its source is not true. Fear becomes more obviously inappropriate if one recognizes the ego's goal, which is so clearly senseless that any effort exerted on its behalf isnecessarily expended on nothing. The ego's goal is quite explicitly ego autonomy. From the beginning, then, itspurpose is to be separate, sufficient unto itself, and independent of any power except its own. This is why it is the symbol of separation.

44 Every idea has a purpose, and its purpose is always the natural extension of what it is. Everything that stems from the ego is the natural outcome of its central belief, and the way to undo its results is merely to recognize that their source is not natural, being out of accord with your true nature. We once said that to will contrary to God is wishful thinking and not real willing. His Will is one because the extension of His Will cannot be unlike itself. The real conflict you experience, then, is between the ego's idle wishes and the Will of God, which you share. Can this be a real conflict?

45 Yours is the independence of creation, not of autonomy. Your whole creative function lies in your complete dependence on God, Whose function He shares with you. By His willingness to share it, He became as dependent on you as you are on Him. Do not ascribe the ego's arrogance to Him, Who wills not to be independent of you. He has included you in His Autonomy. Can you believe that autonomy is meaningful apart from Him? The belief in egoautonomy is costing you the knowledge of your dependence on God in which your freedom lies. The ego sees alldependency as threatening and has twisted even your longing for God into a means of establishing itself. But do not be deceived by its interpretation of your conflict.

46 The ego always attacks on behalf of separation. Believing it has the power to do this, it does nothing else because its goal of autonomy is nothing else. The ego is totally confused about reality, but it does not lose sight of its goal. It is much more vigilant than you are because it is perfectly certain of its purpose. You are confused because you do not know yours.

47 What you must learn to recognize is that the last thing the ego wishes you to realize is that you are afraid of it. For if the ego gives rise to fear, it is diminishing your independence and weakening your power. Yet its one claim to your allegiance is that it can give power to you. Without this belief, you would not listen to it at all. How, then, can its existence continue if you realize that, by accepting it, you are belittling yourself and depriving yourself of power?

48 The ego can and does allow you to regard yourself as supercilious, unbelieving, "light-hearted," distant, emotionally shallow, callous, uninvolved, and even desperate, but not really afraid. Minimizing fear but not its undoing is the ego's constant effort and is indeed the skill at which it is very ingenious. How can it preach separation without upholding it through fear, and would you listen to it if you recognized this is what it is doing?

49 Your recognition that whatever seems to separate you from God is only fear, regardless of the form it takes and quite apart from how the ego wants you to experience it, is therefore the basic ego threat. Its dream of autonomy is shaken to its foundation by this awareness. For though you may countenance a false idea of independence, you will not accept the cost of fear if you recognize it. Yet this is the cost, and the ego cannotminimize it. For if you overlook love, you are overlooking yourself, and you must fear unreality because you have denied yourself. By believing that you have successfully attacked truth, you are believing that attack has power. Very simply, then, you have become afraid of yourself. And no one wills to learn what he believes would destroy him.

51 God is as dependent on you as you are on Him because His autonomy encompasses yours and is therefore incomplete without it. You can only establish your autonomy by identifying with Him and fulfilling your function as it exists in truth. The ego believes that to accomplish its goal is happiness. But it is given you to know that God's function is yours and happiness cannot be found apart from your joint will. Recognize only that the ego's goal, which you have pursued quite diligently, has only brought you fear, and it becomes difficult to maintain that fear ishappiness.

52 Upheld by fear, this is what the ego would have you believe. Yet God's Son is not insane and cannot believe it. Let him but recognize it, and he will not accept it. For only the insane would choose fear in place of love, and only the insane could believe that love can be gained by attack. But the sane know that only attack could produce fear, from which the love of God completely protects them.

53 The ego analyzes; the Holy Spirit accepts. The appreciation of wholeness comes only through acceptance, for to analyze means to separate out. The attempt to understand totality by breaking it up is clearly the characteristically contradictory approach of the ego to everything. Never forget that the ego believes that power, understanding, and truth lie in separation, and to establish this belief it must attack. Unaware that the belief cannot be established and obsessed with the conviction that separation is salvation, the ego attacks everything it perceives by breaking it up into small and disconnected parts without meaningful relationships and thus without meaning. The ego will always substitute chaos for meaning, for if separation is salvation, harmony is threat.

54 The ego's interpretation of the laws of perception are, and would have to be, the exact opposite of the Holy Spirit's. The ego focuses on error and overlooks truth. It makes real every mistake it perceives, and with characteristically circular reasoning concludes that, because of the mistake, consistent truth must be meaningless. The next step, then, is obvious. If consistent truth is meaningless, inconsistency must be true if truth has meaning. Holding error clearly in mind and protecting what it has made real, the ego proceeds to the next step in its thought system—that error is real, and truth is error.

55 The ego makes no attempt to understand this, and it is clearly not understandable, but the ego does make every attempt to demonstrate it, and this it does constantly. Analyzing to attack meaning, the ego does succeed in overlooking it and is left with a series of fragmented perceptions which it unifies on behalf of itself. This, then, becomes the universe it perceives. And it is this universe which, in turn, becomes its demonstration of its own reality.

56 Do not underestimate the appeal of the ego's demonstrations to those who would listen. Selective perception chooses its witnesses carefully, and its witnesses are consistent. The case for insanity is strong to the insane. For reasoning ends at its beginning, and no thought system transcends its source. Yet reasoning without meaningcannot demonstrate anything, and those who are convinced by it must be deluded. Can the ego teach truly when itoverlooks truth? Can it perceive what it has denied? Its witnesses do attest to its denial but hardly to what it has denied! The ego looks straight at the Father and does not see Him, for it has denied His Son.

57 Would you remember the Father? Accept His Son, and you will remember Him. Nothing can demonstrate that His Son is unworthy, for nothing can prove that a lie is true. What you see of His Son through the eyes of the ego is a demonstration that His Son does not exist, yet where the Son is, the Father must be. Accept what God does notdeny, and He will demonstrate its truth. The witnesses for God stand in His light and behold what He created. Their silence is the sign that they have beheld God's Son, and in the Presence of Christ they need demonstrate nothing, for Christ speaks to them of Himself and of His Father. They are silent because Christ speaks to them, and it is His words that they speak.

58 Every brother you meet becomes a witness for Christ or for the ego, depending on what you perceive in him. Everyone convinces you of what you want to perceive and of the reality of the kingdom you have chosen for your vigilance. Everything you perceive is a witness to the thought system you want to be true. Every brother has the power to release you if you will to be free. You cannot accept false witness of him unless you have evoked false witnesses against him. If he speaks not of Christ to you, you spoke not of Christ to him. You hear but your own voice, and if Christ speaks through you, you will hear Him.

1 For morning and evening review: