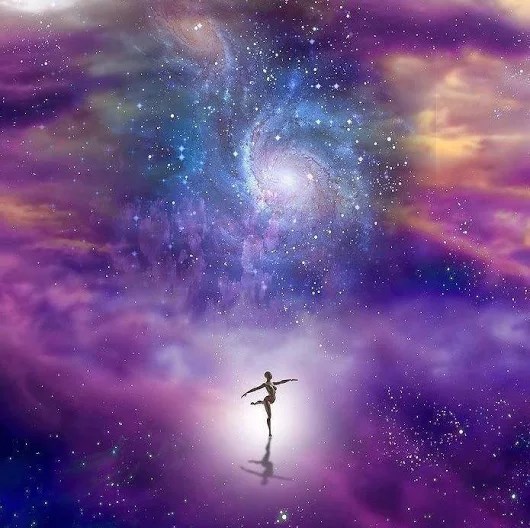 V. The Only Answer

45 Remember that the Holy Spirit is the Answer, not the question. The ego always speaks first because it is capricious and does not mean its maker well. That is because it believes, and correctly, that its maker may withdraw his support from it at any moment. If it meant you well, it would be glad, as the Holy Spirit will be glad when He has brought you home, and you no longer need His guidance. The ego does not regard itself as part of you. Herein lies its primary perceptual error, the foundation of its whole thought system.

46 When God created you, He made you part of Him. That is why attack within the Kingdom is impossible. You made the ego without love, and so it does not love you . You could not remain within the Kingdom without love, and since the Kingdom is love, you believe that you are without it. This enables the ego to regard itself as separate and outside its maker, thus speaking for the part of your mind that believes you are separate and outside the Mind of God. The ego, then, raised the first question that was ever asked, but one which it can never answer. That question, "What are you?" was the beginning of doubt.

47 The ego has never answered any questions since, although it has raised a great many. The most inventive activities of the ego have never done more than obscure the question because you have the answer and the ego is afraid of you . You cannot understand the conflict until you fully understand one basic fact that the ego does not know. The Holy Spirit does not speak first, but He always answers . Everyone has called upon Him for help at one time or another and in one way or another and has been answered . Since the Holy Spirit answers truly, He answers for all time , which means that everyone has the answer now .

48 The ego cannot hear the Holy Spirit, but it does believe that part of the same mind that made it is against it. It interprets this as a justification for attacking its maker. It believes that the best defense isattack and wants you to believe it . Unless you do believe it you will not side with it, and the ego feels badly in need of allies though not of brothers. Perceiving something alien to itself in your mind, the ego turns to the body, not the mind, as its ally because the body is not part of you. This makes the body the ego's friend. It is an alliance frankly based on separation. If you side with this alliance, you will be afraid because you are siding with an alliance of fear.

49 The ego and the body conspire against your minds, and because the ego realizes that its "enemy" canend them both merely by knowing they are not part of him, they join in the attack together. This is perhaps the strangest perception of all if you consider what it really involves. The ego, which is not real, attempts to persuade the mind, which is real, that the mind is its own learning device and that the learning device is more real than it is. No one in his right mind could possibly believe this, and no one in his right mind does believe it.

50 Hear then the one answer of the Holy Spirit to all the questions which the ego raises. You are a Child of God, a priceless part of His Kingdom, which He created as part of Him. Nothing else exists, and only this is real. You have chosen a sleep in which you have had bad dreams, but the sleep is not real, and God calls you to awake. There will be nothing left of your dream when you hear Him because you will be awake. Your dreams have contained many of the ego's symbols, and they have confused you. Yet that was only because you were asleep and did not know . When you awake, you will see the truth around you and in you, and you will no longer believe in dreams because they will have no reality for you.

51 Yet the Kingdom and all that you have created there will have great reality for you because they are beautiful and true. In the Kingdom, where you are and what you are is perfectly certain. There is no doubt there because the first question was never asked. Having finally been wholly answered, it has never been. Being alone lives in the Kingdom, where everything lives in God without question. The time that was spent on questioning in the dream has given way to creation and to its eternity.

52 You are as certain as God because you are as true as He is, but what was once quite certain in your minds has become only the ability for certainty. The introduction of abilities into being was the beginning of un certainty because abilities are potentials, not accomplishments. Your abilities are totally useless in the presence of God's accomplishments and also of yours. Accomplishments are results which have been achieved. When they are perfect, abilities are meaningless. It is curious that the perfect must now be perfected. In fact, it is impossible. You must remember, however, that when you put yourselves in an impossible situation, you believed that the impossible was possible.

53 Abilities must be developed , or you cannot use them. This is not true of anything that God created, but it is the kindest solution possible to what you have made. In an impossible situation, you can develop your abilities to the point where they can get you out of it . You have a Guide to how to develop them, but you have no commander except yourself. This leaves you in charge of the Kingdom with both a Guide to find it and a means to keep it. You have a model to follow who will strengthen your command and never detract from it in any way. You therefore retain the central place in your perceived enslavement, a fact which itself demonstrates that you are not enslaved.

54 You are in an impossible situation only because you thought it was possible to be in one. You would be in an impossible situation if God showed you your perfection and proved to you that you were wrong. This would demonstrate that the perfect were inadequate to bring themselves to the awareness of their perfection and thus side with the belief that those who have everything need help and are therefore helpless. This is the kind of "reasoning" which the ego engages in, but God, Who knows that His creations are perfect, does not insult them. This would be as impossible as the ego's notion that it has insulted Him.

55 That is why the Holy Spirit never commands. To command is to assume in equality, which the Holy Spirit demonstrates does not exist. Fidelity to premises is a law of mind, and everything God created is faithful to His laws. Fidelity to other laws is also possible, however, not because the laws are true, but because you made them . What would be gained if God proved to you that you have thought insanely? Can God lose His own certainty? We have frequently stated that what you teach you are. Would you have God teach you that you have sinned? If He confronted the self you made with the truth He created for you, what could you be but afraid? You would doubt your sanity, which is the one thing in which you can find the sanity He gave you.

56 God does not teach. To teach is to imply a lack which God knows is not there. God is not conflicted. Teaching aims at change, but God created only the changeless. The separation was not a loss of perfection but a failure in communication. A harsh and strident form of communication arose as the ego's voice. It could not shatter the peace of God, but it could shatter yours. God did not blot it out because to eradicate it would be to attack it. Being questioned, He did not question. He merely gave the Answer. His Answer is your Teacher.

2 Perhaps you do not yet fully realize just what holding grievances does to your awareness. It seems to split you off from your Source and make you unlike Him. It makes you believe that He is like what you think you have become, for no one can conceive of his Creator as unlike himself.

3 Shut off from your Self, Who remains aware of His likeness to His Creator, your Self seems to sleep, while the part of your mind that weaves illusions in its sleep appears to be awake. Can all this arise from holding grievances? Oh, yes! For he who holds grievances denies he was created by Love, and his Creator has become fearful to him in his dream of hate. Who can dream of hatred and not fear God?

5 Perhaps you do not think you can let all your grievances go. That, however, is simply a question of motivation. Today we will try to find out how you would feel without them. If you succeed even by ever so little, there will never be a problem in motivation ever again.

6 Begin today's extended practice period by searching your mind for those against whom you hold what you regard as major grievances. Some of these will be quite easy to find. Then think of the seemingly minor grievances you hold against those you like and even think you love. It will quickly become apparent that there is no one against whom you do not cherish grievances of some sort. This has left you alone in all the universe in your perception of yourself.

7 Determine now to see all these people as friends. Say to them all collectively, thinking of each one in turn as you do so:

8 I would see you as my friend that I may remember you are part of me and come to know myself.

9 Spend the remainder of the practice period trying to think of yourself as completely at peace with everyone and everything, safe in a world which protects you and loves you and which you love in return. Try to feel safety surrounding you, hovering over you, and holding you up. Try to believe, however briefly, that nothing can harm you in any way. At the end of the practice period tell yourself:

10 Love holds no grievances. When I let all my grievances go, I will know I am perfectly safe.

11 The short practice periods should include a quick application of today's idea in this form, whenever any thought of grievance arises against anyone, physically present or not:

12 Love holds no grievances. Let me not betray my Self.

13 In addition, repeat the idea several times an hour in this form:

14 Love holds no grievances.
I would wake to my Self by laying all my
grievances aside and wakening in Him.