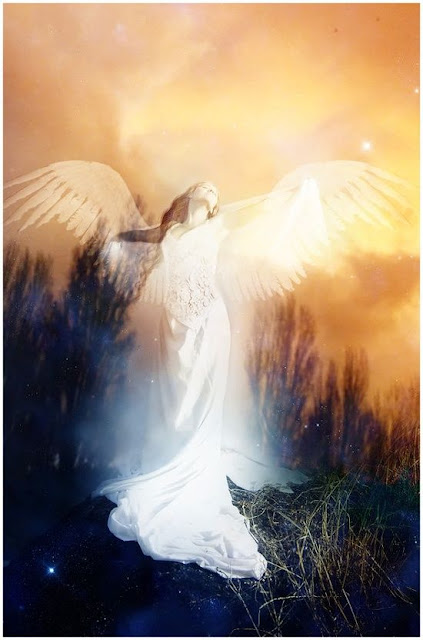 II. The Message of the Crucifixion Continued

10 There can be no justification for the unjustifiable. Do not believe there is, and do not teach that there is. Remember always that what you believe you will teach. Believe with me, and we will become equal as teachers. Your resurrection is your reawakening. I am the model for rebirth, but rebirth itself is merely the dawning on your minds of what is already in them. God placed it there Himself, and so it is true forever. I believed in it and therefore made it forever true for me. Help me to teach it to our brothers in the name of the Kingdom of God, but first believe that it is true for you , or you will teach amiss.

11 My brothers slept during the so-called "agony" in the garden, but I could not be angry with them because I had learned I could not be abandoned. Peter swore he would never deny me, but he did so three times. He did offer to defend me with the sword, which I naturally refused, not being at all in need of bodily protection. I am sorry when my brothers do not share my decision to hear only one voice, because it weakens them as teachers and as learners. Yet I know that they cannot really betray themselves or me and that it is still on them that I must build my church.

12 There is no choice in this because only you can be the foundation of God's church. A church is where an altar is, and the presence of the altar is what makes it a church. Any church which does not inspire love has a hidden altar which is not serving the purpose for which God intended it. I must found His church on you because you who accept me as a model are literally my disciples. Disciples are followers, but if the model they follow has chosen to save them pain in all respects, they are probably unwise not to follow him.

13 I elected both for your sake and mine to demonstrate that the most outrageous assault as judged by the ego did not matter. As the world judges these things, but not as God knows them, I was betrayed, abandoned, beaten, torn, and finally killed. It was perfectly clear that this was only because of the projection of others, because I had not harmed anyone and had healed many. We are still equal as learners, even though we need not have equal experiences. The Holy Spirit is glad when you can learn enough from mine to be re-awakened by them. That was their only purpose, and that is the only way in which I can be perceived as the Way, the Truth, and the Light.

14 When you hear only one voice, you are never called on to sacrifice. On the contrary, by enabling yourselves to hear the Holy Spirit in others, you can learn from their experiences and gain from them without experiencing them yourselves. That is because the Holy Spirit is one, and anyone who listens is inevitably led to demonstrate His way for all. You are not persecuted, nor was I. You are not asked to repeat my experiences because the Holy Spirit, Whom we share , makes this unnecessary. To use my experiences constructively, however, you must still follow my example in how to perceive them.

15 My brothers and yours are constantly engaged in justifying the unjustifiable. My one lesson, which I must teach as I learned, is that no perception which is out of accord with the judgment of the Holy Spirit can be justified. I undertook to show this was true in a very extreme case merely because it would serve as a good teaching aid to those whose temptations to give in to anger and assault would not be so extreme. I will with God that none of His Sons should suffer.

16 Remember that the Holy Spirit is the communication link between God the Father and His separated Sons. If you will listen to His Voice, you will know that you cannot either hurt or be hurt and that many need your blessing to help them hear this for themselves. When you perceive only this need in them and do not respond to any other, you will have learned of me and will be as eager to share your learning as I am. The crucifixion cannot be shared, because it is the symbol of projection, but the resurrection is the symbol of sharing, because the reawakening of every Son of God is necessary to enable the Sonship to know its wholeness. Only this is knowledge.

17 The message of the crucifixion is perfectly clear:

18 Teach only love, for that is what you are.

19 If you interpret the crucifixion in any other way, you are using it as a weapon for assault rather than as the call for peace for which it was intended. The Apostles often misunderstood it and always for the same reason that makes anyone misunderstand anything. Their own imperfect love made them vulnerable to projection, and out of their own fear they spoke of the "wrath of God" as His retaliatory weapon. Nor could they speak of the crucifixion entirely without anger, because their own sense of guilt had made them angry.

20 There are two glaring examples of upside-down thinking in the New Testament, whose whole gospel is only the message of love. These are not like the several slips into impatience which I made. I had learned the Atonement prayer, which I also came to teach, too well to engage in upside-down thinking myself. If the Apostles had not felt guilty, they never could have quoted me as saying, "I come not to bring peace but a sword." This is clearly the exact opposite of everything I taught.

21 Nor could they have described my reactions to Judas as they did if they had really understood me. They would have realized I could not have said, "Betrayest thou the Son of Man with a kiss?" unless I believed in betrayal. The whole message of the crucifixion was simply that I did not . The "punishment" which I am said to have called forth upon Judas was a similar reversal. Judas was my brother and a Son of God, as much a part of the Sonship as myself. Was it likely that I would condemn him when I was ready to demonstrate that condemnation is impossible?

22 I am very grateful to the Apostles for their teaching and fully aware of the extent of their devotion to me. Nevertheless, as you read their teachings, remember that I told them myself that there was much they would understand later because they were not wholly ready to follow me at the time. I emphasize this only because I do not want you to allow any fear to enter into the thought system toward which I am guiding you. I do not call for martyrs but for teachers . No one is "punished" for sins, and the Sons of God are not sinners.

23 Any concept of "punishment" involves the projection of blame and reinforces the idea that blame is justified. The behavior that results is a lesson in blame , just as all behavior teaches the beliefs which motivate it. The crucifixion was a complex of behaviors arising out of clearly opposed thought systems. As such, it was the perfect symbol of conflict between the ego and the Son of God. The conflict is just as real now, and its lessons, too, have equal reality when they are learned . I do not need gratitude any more than I needed protection, but you need to develop your weakened ability to be grateful, or you cannot appreciate God. He does not need your appreciation, but you do.

24 You cannot love what you do not appreciate, and fear makes appreciation impossible . Whenever you are afraid of what you are, you do not appreciate it and will therefore reject it. As a result, you will teach rejection . The power of the Sons of God is operating all the time because they were created as creators. Their influence on each other is without limit and must be used for their joint salvation. Each one must learn to teach that all forms of rejection are utterly meaningless. The separation is the notion of rejection. As long as you teach this, you still believe it. This is not as God thinks, and you must think as He thinks if you are to know Him again.

2 Today and for a number of days to follow, set aside ten to 15 minutes for a more sustained practice period in which you try to understand and accept what today's idea really means. It offers you escape from all your perceived difficulties. It places the key to the door of peace, which you have closed upon yourself, in your own hands. It gives you the answer to all the searching you have done since time began.

3 Try, if possible, to undertake the daily extended practice periods at approximately the same time each day. Try, also, to determine this time today in advance and then adhere to it as closely as possible.

4 The purpose of this is to arrange your day so that you have set apart the time for God, as well as for all the trivial purposes and goals you will pursue. This is part of the long range disciplinary training which your mind needs, so that the Holy Spirit can use it consistently for the purpose He shares with you.

5 For this longer practice period, begin by reviewing the idea for today. Then close your eyes, repeat the idea to yourself once again, and watch your mind carefully to catch whatever thoughts cross it.

6 At first, make no attempt to concentrate only on thoughts related to the idea for today. Rather, try to uncover each thought that arises to interfere with it. Note each one as it comes to you with as little involvement or concern as possible, dismissing each one by telling yourself:

7 This thought reflects a goal that is preventing me
from accepting my only function.

8 After a while, interfering thoughts will become harder to find. Try, however, to continue a minute or so longer, attempting to catch a few of the idle thoughts which escaped your attention before, but do not strain or make undue effort in doing this. Then tell yourself:

9 On this clean slate, let my true function be written for me.

10 You need not use these exact words, but try to get a sense of being willing to have your illusions of purpose be replaced by truth.

11 Finally, repeat the idea for today once more and devote the rest of the practice period to trying to focus on its importance to you, the relief its acceptance will bring you by resolving your conflicts once and for all, and the extent to which you really want salvation in spite of your own foolish ideas to the contrary.

12 In the shorter practice periods, which should be undertaken at least once an hour, use this form in applying today's idea:

13 My only function is the one God gave me.
I want no other and I have no other.

14 Sometimes close your eyes as you practice, and sometimes keep them open and look about you. It is what you see now that will be totally changed when you accept today's idea completely.