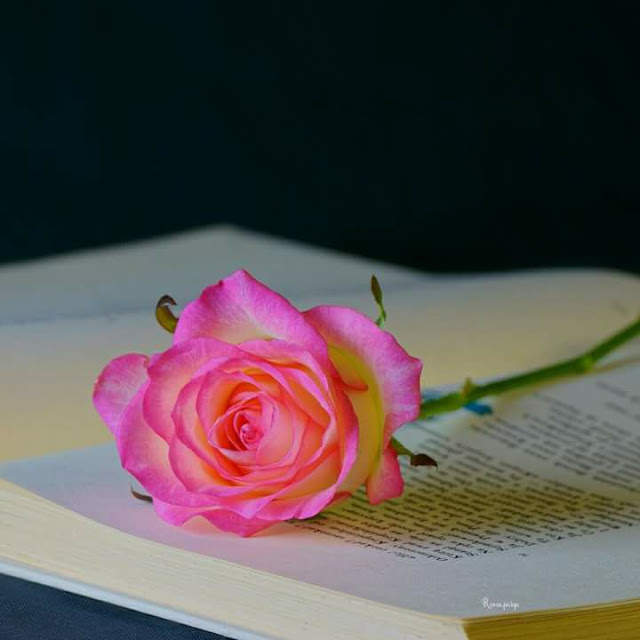 The lack of love (or faulty need-orientation) which led to your particular person (not OBJECT) choices CAN BE corrected within the existing framework, and would HAVE to be in the larger interest of overall progress. The situation is questionable largely because of its inherent vulnerability to fantasy-gratification. Doing the best you can WITHIN this limitation is probably the best corrective measure at present. Any relationship you have undertaken for whatever reasons becomes a responsibility.

If you shift your own needs, some amount of corresponding shift in the need-orientation of the other person MUST result. This will be beneficial, even if the partner was originally attracted to you BECAUSE of your disrespect. Teaching devices which are totally alien to a learner’s perceptual system are usually merely disruptive. Transfer depends on SOME common elements in the new situation which are understandable in terms of the old.

Man can never control the effects of fear himself, because he has CREATED fear and believes in what he creates. In attitude, then, though not in content, he resembles his own Creator, who has perfect faith in His Creations because He created them. All creation rests on belief, and the belief in the creation produces its existence. This is why it is possible for a man to believe what is not true for anyone else. It is true for him because it is made BY him.

Every aspect of fear proceeds from upside down perception. The TRULY creative devote their efforts to correcting this. The neurotic devotes his to compromise. The psychotic tries to escape by establishing the truth of his own errors. It is most difficult to free him by ordinary means, only because he is more stable in his denial of truth.

56.) The miracle makes no distinction among degrees of misperception. It is a device for perception-correction which is effective quite apart from either the degree or the direction of the error. This is its TRUE indiscriminateness.

Christ-controlled miracles are selective only in that they are directed toward those who can use them for THEMSELVES. Since this makes it inevitable that they will extend them to others, a very strong chain of Atonement is welded. But Christ-control takes no account at all of the MAGNITUDE of the miracle itself, because the concept of size exists only in a plane that is itself unreal. Since the miracle aims at RESTORING reality, it would hardly be useful if it were bound by the laws of the same error it aims to correct. Only man makes that kind of error. It is an example of the “foolish consistency” his own false beliefs have engendered.

Both the power and the strength of man’s creative will must be understood, before the real meaning of denial can be appreciated and abolished. Denial is NOT mere negation. It is a
positive miscreation. While the miscreation is NECESSARILY believed in by its own creator, it does not exist at all at the level of true Creation.

57.) The miracle compares the creations of man with the higher level of creation, accepting what is in ACCORD as true, and rejecting the DISCORDANT as false. This is why it is so closely associated with validity. Real validity is both true AND useful, or better, it is useful BECAUSE it is true.

All aspects of fear are untrue, because they DO NOT exist at the higher creative levels, and therefore do not exist at all. To whatever extent a man is willing to submit his beliefs to the real test of validity, to that extent are his perceptions healed (or corrected.)

In sorting out the false from the true, the miracle proceeds much along the lines suggested very correctly by Bill, i.e.:

If perfect love casts out fear,

And if fear exists,

Then there is NOT perfect love.

Therefore, if there is fear, it creates a state which does not exist. Believe THIS and you WILL be free. Only God can establish this solution, for THIS faith IS His gift.

Man must contribute to his readiness here as elsewhere. The readiness for faith, as for everything else that is true, entails the two steps necessary for the release from fear.

Denial of fear, in human terms, is a strong defense because it entails two levels of error:

1. That truth CAN be denied and
2. That absence of truth can be effective.

EXPERIENCING fear, which is more characteristic of Bill, involves only the second error. However, these differences do not affect the power of the miracle at all, since only the distance between truth and error are its concern.

Together, the conditions needed for consistent miracle-mindedness, the state in which fear has been abolished, can be particularly well worked out. In fact, it WAS already well worked out before.

Your idea about the real meaning of “possession” should be clarified. Your own denial of fear (this refers to a visionary experience of Helen) introduced some error variance, but not really a significant amount. However, there is always a chance that as the size of the sample increases, what was non-significant before MAY ATTAIN significance, so we had better get this out of the way now while you are still within the safety margin.

Fear of possession is a perverted expression of the fear of the irresistible attraction of God. (Aside. Yes, this DOES apply to homosexuality, among other errors, where the whole concept of possessing, or “entering” is a key fear. It is a symbolic statement of an inverted decision NOT to enter into, or possess, the Kingdom. In physical terms, which it emphasizes because of the inherent error of Soul avoidance, REAL physical creation is avoided, and fantasy gratification is substituted.)

The truth is still that the attraction of God is irresistible at ALL levels, and the acceptance of this totally unavoidable truth is only a matter of time. But you should consider whether you WANT to wait, because you CAN return now, if you choose. (Note to Helen: You are writing this with improper motivation, but we will try anyway. If you are to stop, do so immediately.)

This is the shift that true perception brings: What was projected out is seen within, and there forgiveness lets it disappear. For there the altar to the Son is set, and there his Father is remembered.

Here are all illusions brought to truth and laid upon the altar. What is seen outside must lie beyond forgiveness, for it seems to be forever sinful. Where is hope while sin is seen as outside? What remedy can guilt expect? But seen within your mind, guilt and forgiveness for an instant lie together, side by side, upon one altar. There at last are sickness and its single remedy joined in one healing brightness. God has come to claim His Own. Forgiveness is complete.

21. “I am determined to see things differently.”

The idea for today is obviously a continuation and extension of the preceding one. This time, however, specific mind searching periods are necessary in addition to applying the idea to particular situations as they arise. Five practice periods are urged, allowing a full minute for each.

In the practice periods, begin by repeating the idea to yourself. Then close your eyes and search your mind carefully for situations past, present or anticipated, which arouse anger in you.

The anger may take the form of any reaction ranging from mild irritation to rage. The degree of the emotion you experience does not matter. You will become increasingly aware that a slight twinge of annoyance is nothing but a veil drawn over intense fury.

Try, therefore, not to let the “little” thoughts of anger escape you in the practice periods. Remember that you do not really recognize what arouses anger in you, and nothing that you believe in this connection means anything. You will probably be tempted to dwell more on some situations than on others, on the fallacious grounds that they are more “obvious.” This is not so. It is merely an example of the belief that some forms of attack are more justified than others.

As you search your mind for all the forms in which attack thoughts present themselves, hold each one in mind and tell yourself:

Try to be as specific as possible. You may, for example, focus your anger on a particular attribute of a particular person, believing that the anger is limited to this aspect.

If your perception of the person is suffering from this form of distortion, say: