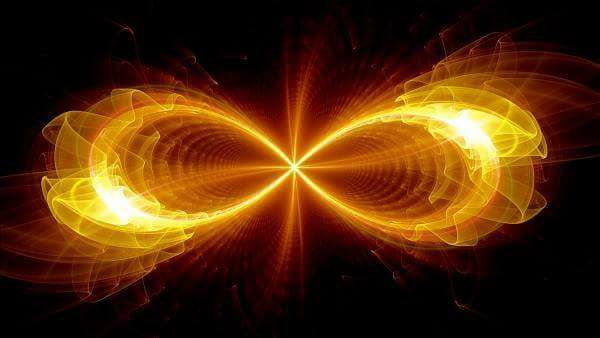 III.  Healing as Release from Fear

52 The emphasis will now be on healing. The miracle is the means, the Atonement is the principle, and healing is the result. Those who speak of "a miracle of healing" are combining two orders of reality inappropriately. Healing is not a miracle. The Atonement or the final miracle is a remedy, while any type of healing is a result. The kind of error to which Atonement is applied is irrelevant. Essentially, all healing is the release from fear. To undertake this, you cannot be fearful yourself. You do not understand healing because of your own fear.

53 A major step in the Atonement plan is to undo error at all levels. Illness, which is really "not-right-mindedness," is the result of level confusion in the sense that it always entails the belief that what is amiss in one level can adversely affect another. We have constantly referred to miracles as the means of correcting level confusion, and all mistakes must be corrected at the level on which they occur. Only the mind is capable of error. The body can acterroneously, but this is only because it is responding to mis-thought. The body cannot create, and the belief that itcan, a fundamental error, produces all physical symptoms.

54 All physical illness represents a belief in magic. The whole distortion which created magic rests on the belief that there is a creative ability in matter which the mind cannot control. This error can take two forms—it can be believed that the mind can miscreate in the body or that the body can miscreate in the mind. If it is understood that the mind, which is the only level of creation, cannot create beyond itself, neither type of confusion need occur.

55  The reason only the mind can create is more obvious than may be immediately apparent. The Soul has beencreated. The body is a learning device for the mind. Learning devices are not lessons in themselves. Their purpose is merely to facilitate the thinking of the learner. The most that a faulty use of a learning device can do is to fail to facilitate learning. It has no power in itself to introduce actual learning errors.

56 The body, if properly understood, shares the invulnerability of the Atonement to two-edged application. This is not because the body is a miracle but because it is not inherently open to misinterpretation. The body is merely a fact in human experience. Its abilities can be and frequently are over-evaluated. However, it is almost impossible to deny its existence. Those who do so are engaging in a particularly unworthy form of denial. The term "unworthy" here implies simply that it is not necessary to protect the mind by denying the unmindful. [There is little doubt that the mind can miscreate.] If one denies this unfortunate aspect of the mind's power, one is also denying the power itself.

57 All material means which man accepts as remedies for bodily ills are merely restatements of magic principles. It was the first level of the error to believe that the body created its own illness. It is a second misstep to attempt to heal it through non-creative agents. It does not follow, however, that the use of these very weak corrective devices is evil. Sometimes the illness has a sufficiently great hold over a mind to render a person inaccessible to Atonement. In this case it may be wise to utilize a compromise approach to mind and body, in which something from the outside is temporarily given healing belief.

58 This is because the last thing that can help the non-right-minded, or the sick, is an increase in fear. They are already in a fear-weakened state. If they are inappropriately exposed to an "undiluted" miracle, they may be precipitated into panic. This is particularly likely to occur when upside-down perception has induced the belief that miracles are frightening.

60 Before miracle workers are ready to undertake their function in this world, it is essential that they fully understand the fear of release. Otherwise, they may unwittingly foster the belief that release is imprisonment, a belief that is very prevalent. This misperception arose from the underlying misbelief that harm can be limited to the body. This was because of the much greater fear that the mind can hurt itself. Neither error is really meaningful because the miscreations of the mind do not really exist. This recognition is a far better protective device than anyform of level confusion because it introduces correction at the level of the error.

61 It is essential to remember that only the mind can create. Implicit in this is the corollary that correction belongs at the thought level. To repeat an earlier statement and to extend it somewhat, the Soul is already perfect and therefore does not require correction. The body does not really exist except as a learning device for the mind. This learning device is not subject to errors of its own because it was created but is not creating. It should be obvious, then, that correcting the creator or inducing it to give up its miscreations is the only application of creative ability which is truly meaningful.

62 Magic is essentially mindless or the miscreative use of the mind. Physical medications are forms of "spells." Those who are afraid to use the mind to heal should not attempt to do so. The very fact that they are afraid has made them vulnerable to miscreation. They are therefore likely to misunderstand any healing they might induce and, because egocentricity and fear usually occur together, may be unable to accept the real Source of the healing. Under these conditions, it is safer for them to rely temporarily on physical healing devices because they cannot misperceive them as their own creations. As long as their sense of vulnerability persists, they should be preserved from even attempting miracles.

64 The healer who relies on his own readiness is endangering his understanding. He is perfectly safe as long as he is completely unconcerned about his readiness but maintains a consistent trust in mine. If your miracle working propensities are not functioning properly, it is always because fear has intruded on your right-mindedness and has literally upset it (or turned it upside-down). All forms of not-right-mindedness are the result of refusal to accept the Atonement for yourself. If the miracle worker does accept it, he places himself in a position to recognize that those who need to be healed are simply those who have not realized that right-mindedness is healing.

65 The sole responsibility of the miracle worker is to accept the Atonement for himself. This means that he recognizes that mind is the only creative level and that its errors are healed by the Atonement. Once he accepts this, his mind can only heal. By denying his mind any destructive potential and reinstating its purely constructive powers, he has placed himself in a position where he can undo the level confusion of others. The message he then gives to others is the truth that their minds are similarly constructive and that their miscreations cannot hurt them. By affirming this, the miracle worker releases the mind from over-evaluating its own learning device (the body) and restores the mind to its true position as the learner.

66 It should be emphasized again that the body does not learn any more than it creates. As a learning device, it merely follows the learner, but if it is falsely endowed with self-initiative, it becomes a serious obstruction to the very learning it should facilitate. Only the mind is capable of illumination. The Soul is already illuminated, and the body in itself is too dense. The mind, however, can bring its illumination to the body by recognizing that density is the opposite of intelligence and therefore unamenable to independent learning. It is, however, easily brought into alignment with a mind which has learned to look beyond density toward light.

68 Nothing the Spiritual eye perceives can induce fear. Everything that results from accurate spiritual awareness is merely channelized toward correction. Discomfort is aroused only to bring the need for correction forcibly into awareness. What the physical eye sees is not corrective nor can it be corrected by any device which can be seen physically. As long as a man believes in what his physical sight tells him, all his corrective behavior will be misdirected. The real vision is obscured because man cannot endure to see his own defiled altar. But since the altar has been defiled, his state becomes doubly dangerous unless it is perceived.

69 The fear of healing arises, in the end, from an unwillingness to accept the unequivocal fact that healing is necessary. Man is not willing to look on what he has done to himself. Healing is an ability lent to man after the separation, before which it was completely unnecessary. Like all aspects of the space-time belief, healing ability is temporary. However, as long as time persists, healing is needed as a means for human protection. This is because healing rests on charity, and charity is a way of perceiving the perfection of another even if he cannot perceive it himself.

70 Most of the loftier concepts of which man is capable now are time-dependent. Charity is really a weaker reflection of a much more powerful love-encompassment which is far beyond any form of charity that man can conceive of as yet. Charity is essential to right-mindedness in the limited sense in which right-mindedness can now be attained. Charity is a way of looking at another as if he had already gone far beyond his actual accomplishments in time. Since his own thinking is faulty, he cannot see the Atonement for himself or he would have no need for charity. The charity which is accorded him is both an acknowledgment that he is weak and a recognition that he could be stronger.

71 The way in which both of these perceptions are stated clearly implies their dependence on time, making it quite apparent that charity lies within the human limitations, though toward its higher levels. We said before that only revelation transcends time. The miracle, as an expression of true human charity, can only shorten time at most. It must be understood, however, that whenever a man offers a miracle to another, he is shortening the suffering of both. This introduces a correction into the whole record which corrects retroactively as well as progressively.

The world you see is an illusion of a world. God did not create it, for what He creates must be eternal as Himself. Yet there is nothing in the world you see that will endure forever. Some things will last in time a little while longer than others. But the time will come when all things visible will have an end.

18. “I am not alone in experiencing the effects of my seeing.”

The idea for today is another step in learning that the thoughts which give rise to what you see are never neutral or unimportant. It also emphasizes the idea that minds are joined, which will be given increasing stress later.

Today’s idea does not refer to what you see as much as to how you see it. Therefore, the exercises for today will emphasize this aspect of your perception. The three or four practice periods which are recommended should be done as follows: Selecting subjects for the application of the idea randomly, look at each one long enough to say:

Conclude the practice period by repeating the more general statement:

“I am not alone in experiencing the effects of my seeing.”

A minute or so or even less will be sufficient.