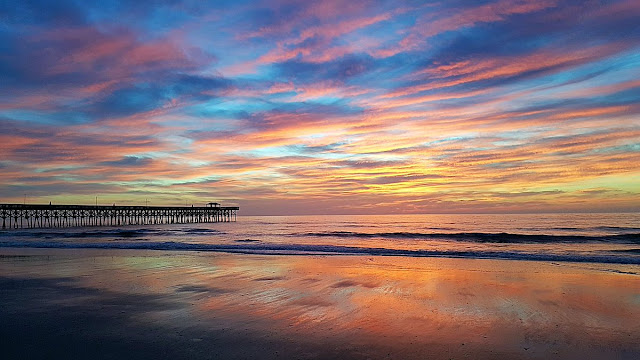 Day 169
Be you content with healing, for Christ’s gift you CAN bestow, and your Father’s gift you CANNOT lose. Offer Christ’s gift to everyone and everywhere. For miracles, offered the Son of God through the Holy Spirit, attune YOU to reality. The Holy Spirit knows your part in the Redemption, and who is seeking you, and where to find them. Knowledge is far beyond your individual concern. You who are part of it, and all of it, need only realize that it is of the Father, NOT of you. Your role in the redemption LEADS you to it, by re-establishing its oneness in your minds.

When you have seen your brothers as yourself, you will be RELEASED to knowledge, having learned to FREE yourself, of Him who knows of freedom. Unite with me, under the holy banner of His teaching, and, as we grow in strength, the power of God’s Son will move in us, and we will leave no-one untouched and no-one left alone. And suddenly, time will be over, and we will all unite in the Eternity of God the Father. The holy light you saw OUTSIDE yourself, in every miracle you offered to your brothers, will be RETURNED to you. And, KNOWING that the light is IN you, YOUR creations will be there WITH you, as you are in your Father.

But in this world, your perfection is unwitnessed. God knows it, but YOU do not, and so you do not SHARE His witness TO it. Nor do you witness unto Him, for reality is witnessed to as one. God waits your witness to His Son, and to Himself. The miracles you do on earth are lifted up to Heaven, and to Him. They witness to what you do not know, and, as they reach the gates of Heaven, God will open them. For never would He leave His own beloved Son outside them, and beyond Himself.

The Shadow of Guilt

Guilt remains the only thing that hides the Father, FOR GUILT IS THE ATTACK UPON HIS SON.

The guilty ALWAYS condemn, and HAVING done so, they WILL condemn, linking the future to the past, as is the ego’s law. Fidelity unto this law lets no light in, for it DEMANDS fidelity to darkness, and FORBIDS awakening. The ego’s laws are strict, and breaches are severely punished. Therefore, give no obedience to its laws, for they ARE laws of punishment. And those who follow them believe that THEY are guilty, and so they MUST condemn. Between the future and the past, the laws of God must intervene, if you would free yourselves. Atonement stands between them, like a lamp that shines so brightly, that the chain of darkness, in which you bound yourselves will disappear.

Release from guilt is the ego’s whole undoing. MAKE NO-ONE FEARFUL, for his guilt is yours, and, by obeying the ego’s harsh commandments, you bring its condemnation on yourself, and you will not escape the punishment it offers those who obey it. The ego rewards fidelity to it with pain, for faith in it IS pain. And faith can be rewarded only in terms of the belief in which the faith was placed. Faith MAKES the power of belief, and WHERE it is invested, determines its reward. For faith is ALWAYS given what is treasured, and what is treasured IS returned to you.

The world can give you ONLY what you gave it, for being nothing but your own projection, it HAS no meaning apart from what you found in it, and placed your faith in. There you think it is. Be faithful unto darkness, and you will NOT see, because your faith WILL be rewarded as you GAVE it. You WILL accept your treasure, and if you place your faith in the past, the future WILL be like it.

Whate’er you hold as dear YOU THINK IS YOURS. The power of your VALUING will make it so.

The tiniest of dreams, the smallest wish for values of the world is large enough to stand between you and the sweet release that God would offer you. He cannot choose to change His Son, nor make your mind accept the perfect freedom He has given you. Yet it is certain you will turn to Him and suddenly remember. But be sure of this and do not let it slip away:

What God has joined is one. And one as well is everything that fear has made to be the great deceiver and the substitute for God’s creation. You can choose but one, and which you choose is total.

Everything the world can offer promises some joy that it will never give. And everything that God has promised you will never fail in anything. No need will be unmet, no hurt unhealed, no sorrow kept unchanged, no darkness undispelled. The smallest pain will vanish suddenly before His gifts.

Urtext – Workbook for Students
169. “By grace I live. By grace I am released.”

1 Grace is an aspect of the Love of God which is most like the state prevailing in the unity of truth. It is the world's most lofty aspiration, for it leads beyond the world entirely. It is past learning yet the goal of learning, for grace cannot come until the mind prepares itself for true acceptance. Grace becomes inevitable instantly in those who have prepared a table where it can be gently laid and willingly received, an altar clean and holy for the gift.

2 Grace is acceptance of the Love of God within a world of seeming hate and fear. By grace alone the hate and fear are gone, for grace presents a state so opposite to everything the world contains that those whose minds are lighted by the gift of grace can not believe the world of fear is real.

3 Grace is not learned. The final step must go beyond all learning. Grace is not the goal this course aspires to attain. Yet we prepare for grace in that an open mind can hear the call to waken. It is not shut tight against God's Voice. It has become aware that there are things it does not know and thus is ready to accept a state completely different from experience with which it is familiarly at home.

4 We have perhaps appeared to contradict our statement that the revelation of the Father and the Son as one has been already set. But we have also said the mind determines when that time will be and has determined it. And yet we urge you to bear witness to the Word of God to hasten the experience of truth and speed its advent into every mind which recognizes its effects on you.

5 Oneness is simply the idea God is. And in His Being, He encompasses all things. No mind holds anything but Him. We say "God is," and then we cease to speak, for in that knowledge words are meaningless. There are no lips to speak them and no part of mind sufficiently distinct to feel that it is now aware of something not itself. It has united with its Source, and like its Source Itself, it merely is.

6 We cannot speak nor write nor even think of this at all. It comes to every mind when total recognition that its will is God's has been completely given and received completely. It returns the mind into the endless present, where the past and future cannot be conceived. It lies beyond salvation—past all thought of time, forgiveness, and the holy face of Christ. The Son of God has merely disappeared into His Father, as his Father has in him. The world has never been at all. Eternity remains a constant state.

7 This is beyond experience we try to hasten. Yet forgiveness, taught and learned, brings with it the experiences which bear witness that the time the mind itself determined to abandon all but this is now at hand. We do not hasten it, in that what you will offer was concealed from Him Who teaches what forgiveness means. All learning was already in His Mind, accomplished and complete. He recognized all that time holds and gave it to all minds that each one might determine from a point where time has ended when it is released to revelation and eternity.

8 We have repeated several times before that you but make a journey that is done. For oneness must be here. Whatever time the mind has set for revelation is entirely irrelevant to what must be a constant state, forever as it always was; forever to remain as it is now. We merely take the part assigned long since and fully recognized as perfectly fulfilled by Him Who wrote salvation's script in His Creator's name and in the name of His Creator's Son.

9 There is no need to further clarify what no one in the world can understand. When revelation of your oneness comes, it will be known and fully understood. Now we have work to do, for those in time can speak of things beyond and listen to words which explain what is to come is past already. Yet what meaning can the words convey to those who count the hours still and rise and work and go to sleep by them?

10 Suffice it, then, that you have work to do to play your part. The ending must remain obscure to you until your part is done. It does not matter. For your part is still what all the rest depends on. As you take the role assigned to you, salvation comes a little nearer each uncertain heart that does not beat as yet in tune with God. Forgiveness is the central theme which runs throughout salvation, holding all its parts in meaningful relationships, the course it runs directed, and its outcome sure.

11 And now we ask for grace, the final gift salvation can bestow. Experience that grace provides will end in time, for grace foreshadows Heaven yet does not replace the thought of time but for a little while. The interval suffices. It is here that miracles are laid, to be returned by you from holy instants you receive through grace in your experience to all who see the light that lingers on your face.

12 What is the face of Christ but his who went a moment into timelessness and brought a clear reflection of the unity he felt an instant back to bless the world? How could you finally attain to it forever while a part of you remains outside, unknowing, unawakened, and in need of you as witness to the truth?

13 Be grateful to return, as you were glad to go an instant and accept the gifts that grace provided you. You carry them back to yourself. And revelation stands not far behind. Its coming is ensured. We ask for grace and for experience that comes from grace. We welcome the release it offers everyone. We do not ask for the unaskable. We do not look beyond what grace can give. For this we can give in the grace that has been given us.

14 Our learning goal today does not exceed this prayer, yet in the world, what could be more than what we ask this day of Him Who gives the grace we ask as it was given Him?