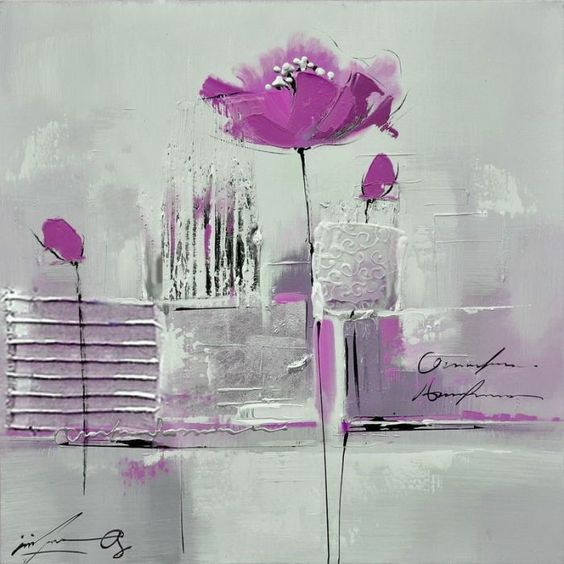 Day 183
In the darkness you have obscured the glory God gave you, and the power that He bestowed upon His guiltless Son. All that, lies hidden in every darkened place shrouded in guilt, and in the dark denial of innocence. Behind the dark doors which you have closed lies nothing, BECAUSE nothing CAN obscure the gift of God. It is the CLOSING of the doors, that interferes with recognition of the power of God that shines in you. Banish not power from your mind, but let all that would hide your glory, be brought to the judgment of the Holy Spirit, and there undone. Whom He would save for glory IS saved for it. He has promised the Father that, through Him, you would be released from littleness to glory.

To what He promised God, He is wholly faithful, for He shared WITH God the promise that was given to Him to share with YOU. He shares it still, FOR YOU. Everything that promises otherwise, great or small, however much or little valued, He will replace with the one promise GIVEN unto Him to lay upon the altar to your Father and His Son. No altar stands to God WITHOUT His Son. And NOTHING brought there that is not equally worthy of BOTH together, but will be REPLACED by gifts wholly acceptable to Father AND to Son. Can you offer guilt to God? You cannot, then, offer it to His Son. For they are NOT apart, and gifts to one ARE offered to the other.

You know not God, because you know not this. And yet you DO know God, and ALSO this. All this is safe WITHIN you, where the Holy Spirit shines. He shines not in division, but in the meeting-place where God, UNITED with His Son, speaks to His Son THROUGH Him. Communication between what cannot BE divided CANNOT cease. The holy meeting-place of the unseparated Father and His Son lies in the Holy Spirit, and in YOU. All interference in the communication that God Himself wills with His Son is quite impossible here. Unbroken and uninterrupted love flows constantly between the Father and the Son, as BOTH would have it be. And so it IS.

Let your minds wander not through darkened corridors, AWAY from Light’s center. You may choose to lead YOURSELVES astray, but you can only be BROUGHT TOGETHER by the Guide appointed FOR you. He will surely lead you to where God and His Son await your recognition. They are joined in giving you the gift of Oneness, before which ALL separation vanishes. Unite with what you ARE. You CANNOT join with anything EXCEPT reality. God’s glory and His Son’s BELONG to you in truth. They HAVE no opposite, and nothing else CAN you bestow upon yourselves.

There is no substitute for truth. And truth will make this plain to you, as you are brought into the place where you must MEET with truth. And there you must be led, through gentle understanding, which can lead you nowhere else. Where God is, there are YOU. Such IS the truth. Nothing can change the knowledge GIVEN you by God into UNknowing. Everything God created KNOWS its Creator. For this is how creation is accomplished, by the Creator, and by His creations. In the holy meeting-place are joined the Father and His creations, and the creations of His Son, with them together.

There is one link which joins them all together, holding them in the Oneness out of which creation happens. The link with which the Father joins Himself to those He gives the power to create LIKE Him, can NEVER be dissolved. Heaven itself is union with ALL of creation, and with its One Creator. And Heaven remains the Will of God for YOU. Lay no gifts other than this upon your altars, for nothing can coexist BESIDE it. Here, your meager offerings are BROUGHT TOGETHER with the gift of God, and only what is worthy of the Father will be accepted by the Son, for whom it was intended. To whom God gives Himself, He IS given. Your little gifts will vanish, on the altar where He has placed His Own.

Yet what of you who seem to be on earth, and do not understand what giving is because you have forgotten what love means? What gifts are there that you can give to God? My brother, there are many calls to you from those who lost their way and need your help in finding it again. It seems to you that you are helping them if you respond to what they ask and what you think they need. Yet it is always God Who calls to you, and he who asks your help is but yourself. Who is the giver and the receiver then? Who asks the gift and who is given it?

This is the only lesson that the world must teach in giving. It is not the one the world was made to teach. And yet it is the one the Holy Spirit sees in it, and so it is the only one it has. Forget the other devastating ways the gifts of earth are given and received. Forget the cost, the thoughts of loss and gain, the bargaining, the counting of the score, the world associates with every gift it gives in strict accordance with its laws. The money-changers of the market-place have been your teachers. Now they need a gift they could not give. Be savior now to them because you have another Teacher now.


I call upon God's Name and on my own.

1 God's Name is holy, but no holier than yours. To call upon His Name is but to call upon your own. A father gives his son his name, and thus identifies the son with him. His brothers share his name, and thus are they united in a bond to which they turn for their identity. Your Father's Name reminds you who you are, even within a world that does not know; even though you have not remembered it.

2 God's Name cannot be heard without response, nor said without an echo in the mind which calls you to remember. Say His Name, and you invite the angels to surround the ground on which you stand and sing to you as they spread out their wings to keep you safe and shelter you from every worldly thought that would intrude upon your holiness.

3 Repeat God's Name and all the world responds by laying down illusions. Every dream the world holds dear has suddenly gone by, and where it seemed to stand you find a star; a miracle of grace. The sick arise, healed of their sickly thoughts. The blind can see; the deaf can hear; the sorrowful cast off their mourning, and the tears of pain are dried as happy laughter comes to bless the world.

4 Repeat the Name of God and little names have lost their meaning. No temptation but becomes a nameless and unwanted thing before God's Name. Repeat His Name and see how easily you will forget the names of all the gods you value. They have lost the name of god you gave them. They become anonymous and valueless to you, although before you let the Name of God replace their little names, you stood before them worshipfully, naming them as gods.

5 Repeat the Name of God and call upon your Self, Whose Name is His. Repeat His Name and all the tiny, nameless things on earth slip into right perspective. Those who call upon the Name of God cannot mistake the nameless for the Name, nor sin for grace, nor bodies for the holy Son of God.

6 And should you join a brother as you sit with him in silence and repeat God's Name along with him within your quiet minds, you have established there an altar which reaches to God Himself and to His Son. Practice but this today; repeat God's Name slowly again and still again. Become oblivious to every name but His.

7 Hear nothing else. Let all your thoughts become anchored on this. No other words we use except at the beginning, when we say today's idea but once. And then God's Name becomes our only thought, our only word, the only thing that occupies our minds, the only wish we have, the only sound with any meaning, and the only name of everything that we desire to see; of everything that we would call our own.

8 Thus do we give an invitation which can never be refused. And God will come and answer it Himself. Think not He hears the little prayers of those who call on Him with names of idols cherished by the world. They cannot reach Him thus. He cannot hear requests that He be not Himself or that His Son receive another name than His.

9 Repeat His Name, and you acknowledge Him as sole Creator of reality. And you acknowledge also that His Son is part of Him, creating in His Name. Sit silently, and let His Name become the all-encompassing idea which holds your mind completely. Let all thoughts be still except this one. And to all other thoughts respond with this, and see God's Name replace the thousand little names you gave your thoughts, not realizing that there is one Name for all there is and all that there will be.

10 Today you can achieve a state in which you will experience the gifts of grace. You can escape all bondage of the world and give the world the same release you found. You can remember what the world forgot and offer it your own remembering. You can accept today the part you play in its salvation and your own as well, and both can be accomplished perfectly.

11 Turn to the Name of God for your release, and it is given you. No prayer but this is necessary, for it holds them all within it. Words are insignificant and all requests unneeded when God's Son calls on his Father's Name. His Father's Thoughts become his own. He makes his claim to all his Father gave, is giving still, and will forever give. He calls on Him to let all things he thought he made be nameless now, and in their place the holy Name of God becomes his judgment of their worthlessness.

12 All little things are silent. Little sounds are soundless now. The little things of earth have disappeared. The universe consists of nothing but the Son of God who calls upon his Father. And his Father's Voice gives answer in his Father's holy Name. In this eternal, still relationship, in which communication far transcends all words and yet exceeds in depth and height whatever words could possibly convey, is peace eternal. In our Father's Name, we would experience this peace today. And in His Name it shall be given us.

Email ThisBlogThis!Share to TwitterShare to FacebookShare to Pinterest
Labels: A Course in Miracles, Daily Devotional, God, Urtext, Workbook for Students