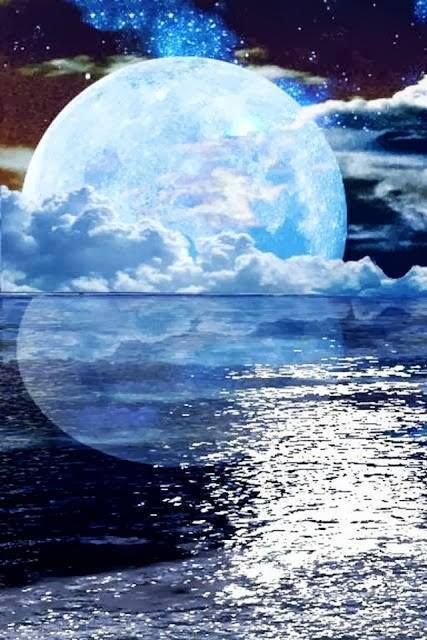 
VIII. The Need for Faith

65 There is no problem in any situation that faith will not solve. There is no shift in any aspect of the problem but will make solution impossible. For if you shift part of the problem elsewhere, the meaning of the problem must be lost, and the solution to the problem is inherent in its meaning. Is it not possible that all your problems have been solved, but you have removed yourself from the solution? Yet faith must be where something has been done and where you see it done. A situation is a relationship, being the joining of thoughts. If problems are perceived, it is because the thoughts are judged to be in conflict. But if the goal is truth, this is impossible. Some idea of bodies must have entered, for minds cannot attack.

66 The thought of bodies is the sign of faithlessness, for bodies cannot solve anything. And it is their intrusion on the relationship, an error in your thoughts about the situation, which then becomes the justification for your lack of faith. You will make this error, but be not at all concerned with that. The error does not matter. Faithlessness brought to faith will never interfere with truth. But faithlessness used against truth will always destroy faith. If you lack faith, ask that it be restored where it was lost and seek not to have it made up to you elsewhere as if you had been unjustly deprived of it.

67 Only what you have not given can be lacking in any situation. But remember this: the goal of holiness was set for your relationship and not by you. You did not set it because holiness cannot be seen except through faith, and your relationship was not holy because your faith in one another was so limited and little. Your faith must grow to meet the goal that has been set. The goal's reality will call this forth, for you will see that peace and faith will not come separately. What situation can you be in without faith and remain faithful to each other?

68 Every situation in which you find yourself is but a means to meet the purpose set for your relationship. See it as something else, and you are faithless. Use not your faithlessness. Let it enter and look upon it calmly, but do not use it. Faithlessness is the servant of illusion and wholly faithful to its master. Use it and it will carry you straight to illusions. Be tempted not by what it offers you. It interferes not with the goal, but with the value of the goal to you. Accept not the illusion of peace it offers, but look upon its offering and recognize it is illusion.

69 The goal of illusion is as closely tied to faithlessness as faith to truth. If you lack faith in anyone to fulfill, and perfectly, his part in any situation dedicated in advance to truth, your dedication is divided. And so you have been faithless to each other and used your faithlessness against each other. No relationship is holy unless its holiness goes with it everywhere. As holiness and faith go hand in hand, so must its faith go everywhere with it. The goal's reality will call forth and accomplish every miracle needed for its fulfillment. Nothing too small or too enormous, too weak or too compelling, but will be gently turned to its use and purpose. The universe will serve it gladly, as it serves the universe. But do not interfere.

70 The power set in you in whom the Holy Spirit's goal has been established is so far beyond your little conception of the infinite that you have no idea how great the strength that goes with you. And you can use this in perfect safety. Yet for all its might, so great it reaches past the stars and to the universe that lies beyond them, your little faithlessness can make it useless if you would use the faithlessness instead.

71 Yet think on this, and learn the cause of faithlessness: You think you hold against the other what he has done to you. But what you really blame him for is what you did to him. It is not his past but yours you hold against him. And you lack faith in him because of what you were. Yet you are as innocent of what you were as he is. What never was is causeless and is not there to interfere with truth. There is no cause for faithlessness, but there is a Cause for faith. That Cause has entered any situation which shares Its purpose. The light of truth shines from the center of the situation and touches everyone to whom the situation's purpose calls. It calls to everyone. There is no situation which does not involve your whole relationship in every aspect and complete in every part. You can leave nothing of yourself outside it and keep the situation holy. For it shares the purpose of your whole relationship and derives its meaning from it.

72 Enter each situation with the faith that you give to each other, or you are faithless to your own relationship. Your faith will call the others to share your purpose, as this same purpose called forth the faith in you. And you will see the means you once employed to lead you to illusions transformed to means for truth. [Truth calls for faith, and faith makes room for truth.] When the Holy Spirit changed the purpose of your relationship by exchanging yours for His, the goal He placed there was extended to every situation in which you enter or will ever enter. And every situation was thus made free of the past, which would have made it purposeless.

73 You call for faith because of Him Who walks with you in every situation. You are no longer wholly insane, nor no longer alone. For loneliness in God must be a dream. You whose relationship shares the Holy Spirit's goal are set apart from loneliness because the truth has come. Its call for faith is strong. Use not your faithlessness against it, for it calls you to salvation and to peace.


I have a function God would have me fill.

1 It is your Father's holy Will that you complete Himself and that your Self shall be His sacred Son, forever pure as He, of love created and in love preserved, extending love, creating in its name, forever one with God and with your Self. Yet what can such a function mean within a world of envy, hatred, and attack? Therefore you have a function in the world in its own terms. For who can understand a language far beyond his simple grasp?

2 Forgiveness represents your function here. It is not God's creation, for it is the means by which untruth can be undone. And who would pardon Heaven? Yet on earth you need the means to let illusion go. Creation merely waits for your return to be acknowledged, not to be complete.

3 Creation cannot even be conceived of in the world. It has no meaning here. Forgiveness is the closest it can come to earth. For being Heaven-borne, it has no form at all. Yet God created One Who has the power to translate into form the wholly formless. What He makes are dreams, but of a kind so close to waking that the light of day already shines in them. And eyes already opening behold the joyful sights their offerings contain.

4 Forgiveness gently looks upon all things unknown in Heaven, sees them disappear, and leaves the world a clean and unmarked slate on which the Word of God can now replace the senseless symbols written there before. Forgiveness is the means by which the fear of death is overcome because it holds no fierce attraction now, and guilt is gone.

5 Forgiveness lets the body be perceived as what it is—a simple teaching aid to be laid by when learning is complete, but hardly changing him who learns at all. The mind without the body cannot make mistakes. It cannot think that it will die nor be the prey of merciless attack. Anger becomes impossible, and where is terror then? What fears could still assail those who have lost the source of all attack, the core of anguish, and the seat of fear?

7 Is this unwelcome? Is it to be feared? Or is it to be hoped for, met with thanks, and joyously accepted? We are one and therefore give up nothing. But we have indeed been given everything by God. Yet do we need forgiveness to perceive that this is so. Without its kindly light we grope in darkness, using reason but to justify our rage and our attack. Our understanding is so limited that what we think we understand is but confusion born of error. We are lost in mists of shifting dreams and fearful thoughts, our eyes shut tight against the light, our minds engaged in worshipping what is not there.

8 Who can be born again in Christ but him who has forgiven everyone he sees or thinks of or imagines? Who could be set free while he imprisons anyone? A jailer is not free, for he is bound together with his prisoner. He must be sure that he does not escape, and so he spends his time in keeping watch on him. The bars which limit him become the world in which the jailer lives, along with him. And it is on his freedom that the way to liberty depends for both of them.

9 Therefore hold no one prisoner. Release instead of bind, for thus are you made free. The way is simple. Every time you feel a stab of anger, realize you hold a sword above your head. And it will fall or be averted as you choose to be condemned or free. Thus does each one who seems to tempt you to be angry represent your savior from the prison-house of death. And so you owe him thanks instead of pain.

10 Be merciful today. The Son of God deserves your mercy. It is he who asks that you accept the way to freedom now. Deny him not. His Father's Love for him belongs to you. Your function here on earth is only to forgive him, that you may accept him back as your identity. He is as God created him. And you are what he is. Forgive him now his sins, and you will see that you are one with him.