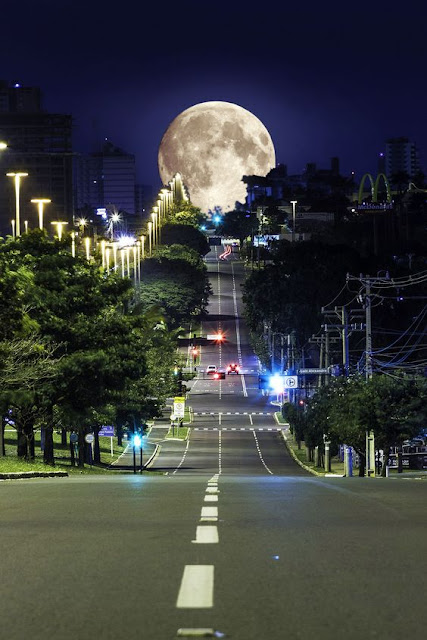 
IV. The Unreality of Sin

25 The attraction of guilt is found in sin, not error. Sin will be repeated because of this attraction. Fear can become so acute that the sin is denied the acting out, but while the guilt remains attractive the mind will suffer and not let go of the idea of sin. For guilt still calls to it, and the mind hears it and yearns for it, making itself a willing captive to its sick appeal. Sin is an idea of evil that cannot be corrected and will be forever desirable. As an essential part of what the ego thinks you are, you will always want it. And only an avenger with a mind unlike your own could stamp it out through fear.

26 The ego does not think it possible that love, not fear, is really called upon by sin and always answers. For the ego brings sin to fear, demanding punishment. Yet punishment is but another form of guilt's protection, for what is deserving punishment must have been really done. Punishment is always the great preserver of sin, treating it with respect and honoring its enormity. [What must be punished must be true. And what is true must be eternal and willbe repeated endlessly.] For what you think is real you want and will not let it go. An error, on the other hand, is not attractive. What you see clearly as a mistake you want corrected.

27 Sometimes a sin can be repeated over and over with obviously distressing results but without the loss of its appeal. And suddenly you change its status from a sin to a mistake. Now you will not repeat it; you will merely stop and let it go unless the guilt remains. For then you will but change the form of sin, granting that it was an error but keeping it uncorrectable. This is not really a change in your perception, for it is sin that calls for punishment, not error. The Holy Spirit cannot punish sin. Mistakes He recognizes and would correct them all as God entrusted Him to do. But sin He knows not, nor can He recognize mistakes which cannot be corrected. For a mistake which cannot be corrected is meaningless to Him.

28 Mistakes are for correction, and they call for nothing else. What calls for punishment must call for nothing. Every mistake must be a call for love. What, then, is sin? What could it be but a mistake you would keep hidden—a call for help that you would keep unheard and thus unanswered? In time the Holy Spirit clearly sees the Son of God can make mistakes. On this you share His vision. Yet you do not share His recognition of the difference between time and eternity. And when correction is completed, time is eternity.

29 Time is like a downward spiral which seems to travel down from a long, unbroken line along another plane but which in no way breaks the line or interferes with its smooth continuousness. Along the spiral, it seems as if the line must have been broken. Yet at the line, its wholeness is apparent. Everything seen from the spiral is misperceived, but as you approach the line, you realize that it was not affected by the drop into another plane at all. Yet from the plane, the line seems discontinuous. And this is but an error in perception which can be easily corrected in the mind, although the body's eyes will see no change. The eyes see many things the mind corrects, and you respond, not to the eyes' illusions, but to the mind's corrections.

30 You see the line as broken, and as you shift to different aspects of the spiral, the line looks different. Yet in your mind is One Who knows it is unbroken and forever changeless. This One can teach you how to look on time differently and see beyond it, but not while you believe in sin. In error, yes; for this can be corrected by the mind. But sin is the belief that your perception is unchangeable and that the mind must accept as true what it is told through it. If it does not obey, the mind is judged insane. The only power which could change perception is thus kept impotent, held to the body by the fear of changed perception which its teacher, who is one with it, would bring.

31 When you are tempted to believe that sin is real, remember this: If sin is real, both God and you are not. If creation is extension, the Creator must have extended Himself, and it is impossible that what is part of Him is totally unlike the rest. If sin is real, God must be at war with Himself. He must be split and torn between good and evil—partly sane and partially insane. For He must have created what wills to destroy Him and has the power to do so. Is it not easier to believe that you have been mistaken than to believe in this?

32 While you believe that your reality or your brother's is bounded by a body, you will believe in sin. While you believe that bodies can unite, you will find guilt attractive and believe that sin is precious. For the belief that bodies limit mind leads to a perception of the world in which the proof of separation seems to be everywhere. And God and His creation seem to be split apart and overthrown. For sin would prove what God created holy could not prevail against it nor remain itself before the power of sin. Sin is perceived as mightier than God, before which God Himself must bow and offer His creation to its conqueror. Is this humility or madness?

33 If sin were real, it would forever be beyond the hope of healing. For there would be a power beyond God's, capable of making another will which could attack His Will and overcome it and give His Son a will apart from His and stronger. And each part of God's fragmented creation would have a different will, opposed to His and in eternal opposition to Him and to each other. Your holy relationship has as its purpose now the goal of proving this is impossible. Heaven has smiled upon it, and the belief in sin has been uprooted in its smile of love. You see it still because you do not realize that its foundation has gone. Its source has been removed, and so it can be cherished but a little while before it vanishes. Only the habit of looking for it still remains.

34 And yet you look with Heaven's smile upon your lips and Heaven's blessing on your sight. You will not see it long. For in the new perception, the mind corrects it when it seems to be seen, and it becomes invisible. And errors are quickly recognized and quickly given to correction to be healed, not hidden. You will be healed of sin and all its ravages the instant that you give it no power over each other. And you will help each other overcome mistakes by joyously releasing one another from the belief in sin.

35 In the holy instant, you will see the smile of heaven shining on both of you. And you will shine upon each other in glad acknowledgment of the grace that has been given you. For sin will not prevail against a union Heaven has smiled upon. Your perception was healed in the holy instant Heaven gave you. Forget what you have seen and raise your eyes in faith to what you now can see. The barriers to heaven will disappear before your holy sight, for you who were sightless have been given vision, and you can see. Look not for what has been removed but for the glory that has been restored for you to see.

36 Look upon your Redeemer and behold what He would show you in each other, and let not sin arise again to blind your eyes. For sin would keep you separate, but your Redeemer would have you look upon each other as yourself. Your relationship is now a temple of healing—a place where all the weary ones can come and find rest. Here is the rest that waits for all after the journey. And it is brought nearer to all by your relationship.

37 As this peace extends from deep inside yourselves to embrace all the Sonship and give it rest, it will encounter many obstacles. Some of them you will try to impose. Others will seem to arise from elsewhere—from your brothers and from various aspects of the world outside. Yet peace will gently cover them, extending past completely unhindered. The extension of the Holy Spirit's purpose from your relationship to others to bring them gently in [has already begun. This is the way in which He will bring means and goal in line. The peace He laid deep within both of you] will quietly extend to every aspect of your lives, surrounding both of you with glowing happiness and the calm awareness of complete protection. And you will carry its message of love and safety and freedom to everyone who draws nigh unto your temple, where healing waits for him.

38 You will not wait to give him this, for you will call to him and he will answer you, recognizing in your call the Call of God. And you will draw him in and give him rest, as it was given you. All this will you do. Yet the peace which already lies deeply within must first expand and flow across the obstacles you placed before it. This will you do, for nothing undertaken with the Holy Spirit remains unfinished. You can indeed be sure of nothing you see outside you, but of this you can be sure: the Holy Spirit asks that you offer Him a resting-place where you will rest in Him. He answered you and entered your relationship. Would you not now return His graciousness and enter into a relationship with Him? For it is He Who offered your relationship the gift of holiness, without which it would have been forever impossible to appreciate each other.

39 The gratitude you owe to Him He asks but that you receive for Him. And when you look with gentle graciousness upon each other, you are beholding Him. For you are looking where He is and not apart from Him. You cannot see the Holy Spirit, but you can see your brothers truly. And the light in them will show you all that you need to see. When the peace in you has been extended to encompass everyone, the Holy Spirit's function here will be accomplished. What need is there for seeing then? When God has taken the last step Himself, the Holy Spirit will gather all your thanks and gratitude which you have offered Him and lay them gently before His Creator in the name of His most holy Son. And the Father will accept them in His Name. What need is there of seeing in the presence of His gratitude?


For I am still as God created me.

[192] I have a function God would have me fill.
I seek the function that would set me free
from all the vain illusions of the world.
Only the function God has given me
can offer freedom. Only this I seek,
and only this will I accept as mine.