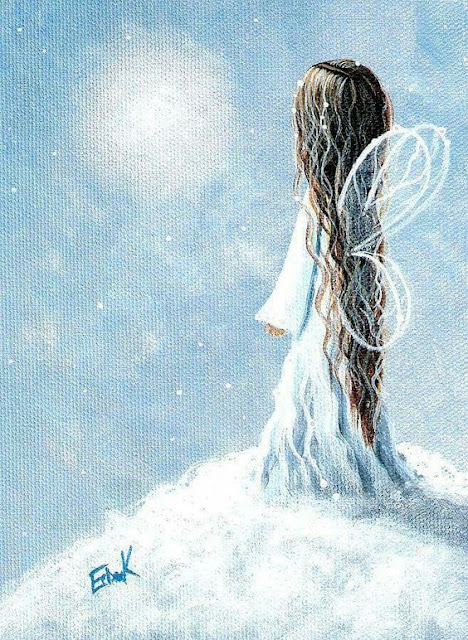 
V. Obstacles to Peace
c. The Third Obstacle: The Attraction of Death

77 To you in whose special relationship the Holy Spirit entered, it is given to release and be released from the dedication to death. For it was offered you, and you accepted. Yet you must learn still more about this strange devotion, for it contains the third of the obstacles which peace must flow across. No one can die unless he chooses death. What seems to be the fear of death is really its attraction. Guilt, too, is feared and fearful. Yet it could have no hold at all except on those who are attracted to it and seek it out. And so it is with death. Made by the ego, its dark shadow falls across all living things because the ego is the "enemy" of life.

78 And yet a shadow cannot kill. What is a shadow to the living? They but walk past, and it is gone. But what of those whose dedication it is not to live—the black-draped "sinners," the ego's mournful chorus, plodding so heavily away from life, dragging their chains and marching in the slow procession which honors their grim master, lord of death? Touch any one of them with the gentle hands of forgiveness and watch the chains fall away along with yours. See him throw aside the black robe he was wearing to his funeral and hear him laugh at death. The sentence sin would lay upon him he can escape through your forgiveness.

79 This is no arrogance. It is the Will of God. What is impossible to you who chose His Will as yours? What is death to you? Your dedication is not to death nor to its master. When you accepted the Holy Spirit's purpose in place of the ego's, you renounced death, exchanging it for life. We know that an idea leaves not its source. And death is the result of the thought we call the ego as surely as life is the result of the Thought of God.

80 From the ego came sin and guilt and death, in opposition to life and innocence and to the Will of God Himself. Where can such opposition lie but in the sick minds of the insane, dedicated to madness and set against the peace of Heaven. One thing is sure—God, Who created neither sin nor death, wills not that you be bound by them. He knows of neither sin nor its results. The shrouded figures in the funeral procession march not in honor of their Creator, Whose Will it is they live. They are not following it; they are opposing it.

81 And what is the black-draped body they would bury? A body which they dedicated to death, a symbol of corruption, a sacrifice to sin, offered to sin to feed upon and keep itself alive—a thing condemned, damned by its maker, and lamented by every mourner who looks upon it as himself. You who believe you have condemned the Son of God to this are arrogant. But you who would release him are but honoring the Will of his Creator. The arrogance of sin, the pride of guilt, the sepulcher of separation—all are part of your unrecognized dedication to death. The glitter of guilt you laid upon the body would kill it. For what the ego loves, it kills for its obedience. But what obeys it not, it cannot kill.

82 You have another dedication which would keep the body incorruptible and perfect as long as it is useful for your holy purpose. The body no more dies than it can feel. It does nothing. Of itself, it is neither corruptible nor incorruptible. It is nothing. It is the result of a tiny mad idea of corruption which can be corrected. For God has answered this insane idea with His own, an Answer which left Him not and therefore brings the Creator to the awareness of every mind which heard His Answer and accepted it.

83 You who are dedicated to the incorruptible have been given through your acceptance the power to release from corruption. What better way to teach the first and fundamental principle in a course on miracles than by showing you the one which seems to be the hardest can be accomplished first? The body can but serve your purpose. As you look upon it, so will it seem to be. Death, were it true, would be the final and complete disruption of communication which is the ego's goal.

84 Those who fear death see not how often and how loudly they call to it and bid it come to save them from communication. For death is seen as safety, the great dark savior from the light of truth, the answer to the Answer, the silencer of the Voice that speaks for God. Yet the retreat to death is not the end of conflict. Only God's Answer is its end. The obstacle of your seeming love for death that peace must flow across seems to be very great. For in it lies hidden all the ego's secrets, all its strange devices for deception, all its sick ideas and weird imaginings. Here is the final end of union, the triumph of the ego's making over creation, the victory of lifelessness on Life Itself.

85 Under the dusty edge of its distorted world, the ego would lay the Son of God, slain by its orders, proof in his decay that God Himself is powerless before the ego's might, unable to protect the life that He created against the ego's savage wish to kill. My brothers, children of our Father, this is a dream of death. There is no funeral, no dark altars, no grim commandments nor twisted rituals of condemnation to which the body leads you. Ask not release of it. But free it from the merciless and unrelenting orders you laid upon it and forgive it what you ordered it to do. In its exaltation you commanded it to die, for only death could conquer life. And what but insanity could look upon the defeat of God and think it real?

86 The fear of death will go as its appeal is yielded to love's real attraction. The end of sin, which nestles quietly in the safety of your relationship, protected by your union, ready to grow into a mighty force for God, is very near. The infancy of salvation is carefully guarded by love, preserved from every thought that would attack it and quietly made ready to fulfill the mighty task for which it was given you. Your newborn purpose is nursed by angels, cherished by the Holy Spirit, and protected by God Himself. It needs not your protection; it is yours. For it is deathless, and within it lies the end of death.

87 What danger can assail the wholly innocent? What can attack the guiltless? What fear can enter and disturb the peace of sinlessness? What has been given you, even in its infancy, is in full communication with God and you. In its tiny hands, it holds in perfect safety every miracle you will perform, held out to you. The miracle of life is ageless, born in time but nourished in eternity. Behold this infant to whom you gave a resting-place by your forgiveness of each other, and see in it the Will of God. Here is the babe of Bethlehem reborn. And everyone who gives him shelter will follow him, not to the cross, but to the Resurrection and the Life.

88 When anything seems to you to be a source of fear, when any situation strikes you with terror and makes your body tremble and the cold sweat of fear comes over it, remember it is always for one reason—the ego has perceived it as a symbol of fear, a sign of sin and death. Remember then that neither sign nor symbol should be confused with source, for they must stand for something other than themselves. Their meaning cannot lie in them but must be sought in what they represent. And they may thus mean everything or nothing, according to the truth or falsity of the idea which they reflect. Confronted with such seeming uncertainty of meaning, judge it not. Remember the holy Presence of the One given to you to be the Source of judgment. Give it to Him to judge for you, and say:

89 Take this from me and look upon it, judging it for me. Let me not see it as a sign of sin and death Nor use it for destruction. Teach me how not to make of it an obstacle to peace, But let You use it for me to facilitate its coming.


For I am still as God created me.

[196] It can be but myself I crucify.
All that I do, I do unto myself.
If I attack, I suffer. But if I
forgive, salvation will be given me.