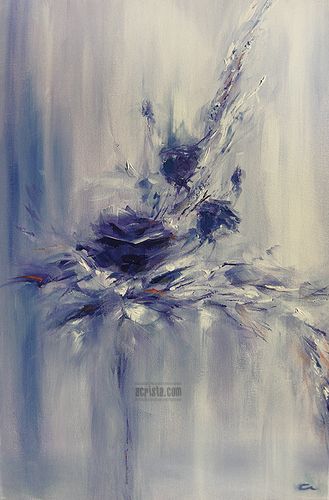 THE PURPOSE OF TIME

Can you imagine what it means to have no cares, no worries, no anxieties, but merely to be perfectly calm and quiet all the time? Yet that is what time is for; to learn just that, and nothing more. God’s Teacher cannot be satisfied with His teaching, until it constitutes ALL your learning. He has not fulfilled His teaching function until you have become such consistent learners THAT YOU LEARN ONLY OF HIM. When this has happened, you will no longer need a teacher, or time in which to learn.

One of the sources of perceived discouragement from which you suffer, is your belief that THIS TAKES TIME, and that the final results of the Holy Spirit’s teaching are far in the future. This is not so. For the Holy Spirit USES time in His OWN way, and is NOT bound to it. Time is His friend in teaching. It does not waste Him, as it does you. But all the waste that time seems to bring with it, is due but to your identification with the ego, who uses time to support ITS belief in destruction. The ego, like the Holy Spirit, uses time to convince you of the inevitability of the goal and end of learning. To the ego, the goal is death, which IS its end. But to the Holy Spirit, the goal is life, which HAS no end.

The Uses of Time

The ego IS an ally of time, but NOT a friend. For it is as mistrustful of death as it is of life, and what it wants for you, IT cannot tolerate. The ego wants YOU dead, but NOT itself. The outcome of its strange religion MUST therefore be the conviction that it can pursue you BEYOND the grave. And out of its unwillingness for you to find peace, even in the death it wants for you, it offers you immortality in hell. It speaks to you of Heaven, but assures you that Heaven is not for you. How can the guilty hope for Heaven?

The belief in hell is inescapable to those who identify with the ego. Their nightmares and their fears are all associated with it. The ego teaches that hell is IN THE FUTURE, for this is what ALL its teaching is directed to. HELL IS ITS GOAL. For, although the ego aims at death and dissolution as an end, IT does not believe it. The goal of death, which it craves for you, leaves IT unsatisfied. No-one who follows the ego’s teaching is without the FEAR of death. If death were thought of merely as an end of pain, would it be FEARED?

We have seen this strange paradox in the ego’s thought-system before, but never so clearly as here. For the ego must SEEM to KEEP FEAR FROM YOU, to keep your allegiance. Yet it must ENGENDER fear, in order to maintain ITSELF. Again, the ego tries, and all too frequently succeeds, in doing both, but using dissociation for holding its contradictory aims together, so that they SEEM to be reconciled. The ego teaches thus: Death is the end, as far as hope of Heaven goes. But, because you and ITSELF cannot be separated, and because it cannot conceive of its OWN death, it will pursue you still, BECAUSE YOUR GUILT IS ETERNAL.

Such is the ego’s version of immortality. And it is THIS the ego’s version of time supports. The ego teaches that Heaven is here and now, because the FUTURE is hell. Even when it attacks so savagely that it tries to take the life of someone who hears it temporarily as the ONLY voice, it speaks of hell even to him. For it tells him hell is HERE, and bids him leap from hell into oblivion. The only time the ego allows anyone to look upon, with some amount of equanimity is the PAST. And even then, its only value is that it is no more.

How bleak and despairing is the ego’s use of time! And how TERRIFYING! For underneath its fanatical insistence that the past and future be the same, is hidden a far more insidious threat to peace. The ego does not advertise its final threat, for it would have its worshippers still believe that IT can offer the ESCAPE from it. But the belief in guilt MUST lead to the BELIEF IN HELL, and ALWAYS DOES. The only way in which the ego allows the fear of hell to be experienced is to BRING HELL HERE, but ALWAYS as a foretaste of the future. For no-one who considers himself as DESERVING hell, can believe that punishment will end in peace.

Very simply, the purpose of psychotherapy is to remove the blocks to truth. Its aim is to aid the patient in abandoning his fixed delusional system, and to begin to reconsider the spurious cause and effect relationships on which it rests. No-one in this world escapes fear, but everyone can reconsider its causes and learn to evaluate them correctly. God has given everyone a Teacher Whose wisdom and help far exceed whatever contributions an earthly therapist can provide. Yet there are times and situations in which the patient-therapist relationship becomes the means through which He offers His greater gifts to both.

What better purpose could any relationship have than to invite the Holy Spirit to enter into it and give it His Own great gift of rejoicing? What higher goal could there be for anyone than to learn to call upon God and hear His Answer? And what more transcendent aim can there be than to recall the Way, the Truth and the Life, and to remember God? To help in this is the proper purpose of psychotherapy. Could anything be holier? For psychotherapy, correctly understood, teaches forgiveness and helps the patient to recognize and accept it. And in his healing is the therapist forgiven with him.

Urtext – Workbook for Students
189. “I feel the Love of God within me now.”

1 There is a light in you the world can not perceive. And with its eyes you will not see this light, for you are blinded by the world. Yet you have eyes to see it. It is there for you to look upon. It was not placed in you to be kept hidden from your sight. This light is a reflection of the thought we practice now. To feel the Love of God within you is to see the world anew, shining in innocence, alive with hope, and blessed with perfect charity and love.

2 Who could feel fear in such a world as this? It welcomes you, rejoices that you came, and sings your praises as it keeps you safe from every form of danger and of pain. It offers you a warm and gentle home in which to stay a while. It blesses you throughout the day and watches through the night as silent guardian of your holy sleep. It sees salvation in you and protects the light in you in which it sees its own. It offers you its flowers and its snow in thankfulness for your benevolence.

3 This is the world the Love of God reveals. It is so different from the world you see through darkened eyes of malice and of fear that one belies the other. Only one can be perceived at all. The other one is wholly meaningless. A world in which forgiveness shines on everything and peace offers its gentle light to everyone is inconceivable to those who see a world of hatred, rising from attack, poised to avenge, to murder and destroy.

4 Yet is the world of hatred equally unseen and inconceivable to those who feel God's Love in them. Their world reflects the quietness and peace that shines in them, the gentleness and innocence they see surrounding them, the joy with which they look out from the endless wells of joy within. What they have felt in them they look upon and see its sure reflection everywhere.

5 What would you see? The choice is given you. But learn and do not let your mind forget this law of seeing: you will look upon that which you feel within. If hatred finds a place within your heart, you will perceive a fearful world, held cruelly in death's sharp-pointed, bony fingers. If you feel the Love of God within you, you look out upon a world of mercy and of love.

6 Today we pass illusions as we seek to reach to what is true in us and feel Its all-embracing tenderness, Its Love Which knows us perfect as Itself, Its sight which is the gift Its Love bestows on us. We learn the way today. It is as sure as Love Itself, to Which it carries us. For its simplicity avoids the snares the foolish convolutions of the world's apparent reasoning but serve to hide.

7 Simply do this: be still and lay aside all thoughts of what you are and what God is, all concepts you have learned about the world, all images you hold about yourself. Empty your mind of everything it thinks is either true or false or good or bad, of every thought it judges worthy and all the ideas of which it is ashamed. Hold onto nothing. Do not bring with you one thought the past has taught nor one belief you ever learned before from anything. Forget this world, forget this course, and come with wholly empty hands unto your God.

8 Is it not He Who knows the way to you? You need not know the way to Him. Your part is simply to allow all obstacles that you have interposed between the Son and God the Father to be quietly removed forever. God will do His part in joyful and immediate response. Ask and receive. But do not make demands nor point the road to God by which He should appear to you. The way to reach Him is merely to let Him be. For in that way is your reality acclaimed as well.

9 And so today we do not choose the way in which we go to Him. But we do choose to let Him come. And with this choice we rest. And in our quiet hearts and open minds His Love will blaze its pathway of itself. What has not been denied is surely there if it be true, and can be surely reached. God knows His Son and knows the way to him. He does not need His Son to show Him how to find His way. Through every opened door His Love shines outward from its home within and lightens up the world in innocence.

10 Father, we do not know the way to You. But we have called, and You have answered us. We will not interfere. Salvation's ways are not our own, for they belong to You. And it is unto You we look for them. Our hands are open to receive Your gifts. We have no thoughts we think apart from You and cherish no beliefs of what we are or who created us. Yours is the way that we would find and follow. And we ask but that Your Will, which is our own as well, be done in us and in the world, that it become a part of Heaven now. Amen.