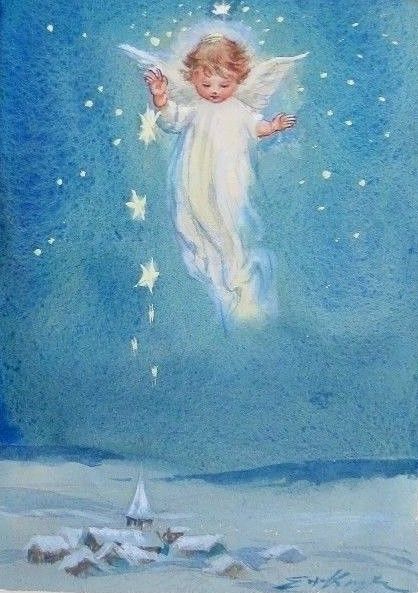 Day 295
Yet, if you see your brother as a body, it IS but this [stand before an empty frame as if it were a masterpiece] you do. The masterpiece that God has set within this frame is all there IS to
see. The body holds it, for a while, without obscuring it in any way. But what God has created NEEDS no frame, for what He has created HE supports, and frames within Himself. His masterpiece He offers YOU to see. And would you rather see the frame INSTEAD of this? And see the picture not at all? The Holy Spirit is the frame God set around the part of Him that YOU would see as separate. Yet its frame is JOINED to its Creator, One with Him AND with His masterpiece.

This IS its purpose, and you do NOT make the frame INTO the picture, when you choose to see it in its place. The frame that God has given it but serves HIS purpose, not yours APART from His. It is your SEPARATE purpose that OBSCURES the picture, and cherishes the frame INSTEAD of it. But God has set His masterpiece within a frame that will endure forever, when yours has crumbled into dust. But think you not the picture is destroyed in ANY way. What God creates is safe from ALL corruption, unchanged and perfect in eternity.

Accept HIS frame instead of yours, and you WILL see the masterpiece. Look at its loveliness, and understand the Mind that thought it, NOT in flesh and bones, but in a frame as lovely as Itself. Its holiness lights up the sinlessness the frame of darkness hides, and casts a veil of light across the picture’s face, which but reflects the light which shines from it to its Creator. Think not this face was ever darkened because YOU saw it in a frame of death. God kept it safe that YOU might look on it, and SEE the holiness that He has given it. Within the darkness see the Savior FROM the dark, and understand your brother as his Father’s Mind shows him to you.

He will step forth from darkness as you look on him, and YOU will see the dark no more. The darkness touched him not, nor you who BROUGHT him forth for YOU to look upon. His sinlessness but pictures YOURS. His gentleness becomes YOUR strength, and BOTH will gladly look within and see the holiness that MUST be there BECAUSE of what you looked upon in him. HE is the frame in which YOUR holiness is set, and what God gave him MUST be given you. However much he overlooks the masterpiece in him, and sees only a frame of darkness, it is still YOUR only function to behold in him what he sees not. And, in this seeing, is the vision SHARED that looks on Christ INSTEAD of seeing death.

How could the Lord of Heaven NOT be glad if you appreciate His masterpiece? What COULD He do but offer thanks to you, who love His Son as He does? Would He not make KNOWN to you His Love, if you but SHARE His praise of what He loves? God cherishes creation as the perfect Father that He is. And so His joy is made complete when any part of Him JOINS in His praise, to SHARE His joy. This brother is His perfect gift to you. And He is glad and thankful when you thank His perfect Son for being what he IS. And ALL His thanks and gladness shine on you who would COMPLETE His joy, along with Him.

And thus is YOURS completed. Not one ray of darkness can be seen by those who will to make their Father’s happiness complete, and theirs along with His. The gratitude of God Himself is freely offered to everyone who shares His Purpose. It was not His Will to be alone. And neither is it YOURS. Forgive your brother, and you CANNOT separate yourself from him, nor from his Father. YOU need NO forgiveness, for the wholly pure have never sinned. Give, then, what He has given you, that YOU may see His Son as one, and thank his Father, as He thanks YOU. Nor believe that all His praise is given not to you. For what you give is HIS, and giving it, you learn to understand His gift to you. And give the Holy Spirit what He offers unto the Father AND the Son alike.

Nothing has power over you EXCEPT His Will AND yours, who but EXTEND His Will. It was for this YOU were created, and your brother WITH you, and ONE with you. YOU are the same, as God Himself is One, and NOT divided in His Will. And YOU must have one purpose, since He gave the same to BOTH of you. His Will is brought together as you join in will that you be made complete by offering completion to your brother. See not in him the sinfulness HE sees, but give him honor that you may esteem yourself AND him. To each of you is given the power of salvation, that escape from darkness into light be yours to share, that you may see as one what never HAS been separate, nor apart from ALL His Love as given equally.

Urtext – Song of Prayer (Healing, cont., The Cause of Sickness, cont.,)

The body's source is unforgiveness of the Son of God. It has not left its source, and in its pain and aging and the mark of death upon it this is clearly shown. Fearful and frail it seems to be to those who think their life is tied to its command and linked to its unstable, tiny breath. Death stares at them as every moment goes irrevocably past their grasping hands, which cannot hold them back. And they feel fear as bodies change and sicken. For they sense the heavy scent of death upon their hearts.

Urtext – Workbook for Students
295. “The Holy Spirit looks through me today.”

Christ asks that He may use my eyes today, and thus redeem the world. He asks this gift that He may offer peace of mind to me, and take away all terror and all pain. And as they are removed from me, the dreams that seemed to settle on the world are gone. Redemption must be one. As I am saved, the world is saved with me. For all of us must be redeemed together. Fear appears in many different forms, but love is one.

“My Father, Christ has asked a gift of me, and one I give that it be given me. Help me to use the eyes of Christ today, and thus allow the Holy Spirit’s Love to bless all things that I may look upon, that His forgiving Love may rest on me.”