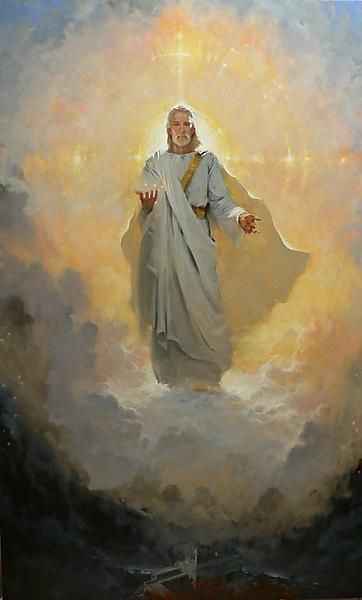 52 What is an idol? Do you think you know? For idols are unrecognized as such and never seen for what they really are. That is the only power which they have. Their purpose is obscure, and they are feared and worshipped both because you do not know what they are for and why they have been made. An idol is an image of your brother which you would value more than what he is. Idols are made that he may be replaced, no matter what their form. And it is this which never is perceived and recognized. Be it a body or a thing, a place, a situation or a circumstance, an object owned or wanted, or a right demanded or achieved, it is the same.

53 Let not their form deceive you. Idols are but substitutes for your reality. In some way, you believe they will complete your little self for safety in a world perceived as dangerous, with forces massed against your confidence and peace of mind. They have the power to supply your lacks and add the value which you do not have. No one believes in idols who has not enslaved himself to littleness and loss. And thus must seek beyond his little self for strength to raise his head and stand apart from all the misery the world reflects. This is the penalty for looking not within for certainty and quiet calm which liberates you from the world and lets you stand apart in quiet and in peace.

54 An idol is a false impression or a false belief—some form of anti-Christ which constitutes a gap between the Christ and what you see. An idol is a wish made tangible and given form and thus perceived as real and seen outside the mind. Yet it is still a thought and cannot leave the mind that is its source. Nor is its form apart from the idea it represents. All forms of anti-Christ oppose the Christ. And fall before His face like a dark veil which seems to shut you off from Him, alone in darkness. Yet the light is there. A cloud does not put out the sun. No more a veil can banish what it seems to separate nor darken by one whit the light itself.

55 This world of idols is a veil across the face of Christ because its purpose is to separate your brother from yourself. A dark and fearful purpose, yet a thought without the power to change one blade of grass from something living to a sign of death. Its form is nowhere, for its source abides within your mind where God abideth not. Where is this place where what is everywhere has been excluded and been kept apart? What hand could be held up to block God's way? Whose voice could make demand He enter not? The "more-than-everything" is not a thing to make you tremble and to quail in fear. Christ's enemy is nowhere. He can take no form in which he ever will be real.

56 What is an idol? Nothing! It must be believed before it seems to come to life and given power that it may be feared. Its life and power are its believer's gift, and this is what the miracle restores to what has life and power worthy of the gift of Heaven and eternal peace. The miracle does not restore the truth, the light the veil between has not put out. It merely lifts the veil and lets the truth shine unencumbered, being what it is. It does not need belief to be itself, for it has been created, so it is. An idol is established by belief, and when it is withdrawn, the idol "dies."

57 This is the anti-Christ—the strange idea there is a power past omnipotence, a place beyond the infinite, a time transcending the eternal. Here the world of idols has been set by the idea this power and place and time are given form and shape the world where the impossible has happened. Here the deathless come to die, the all-encompassing to suffer loss, the timeless to be made the slaves of time. Here does the changeless change; the peace of God, forever given to all living things, gives way to chaos. And the Son of God, as perfect, sinless and as loving as his Father, come to hate a little while; to suffer pain, and finally to die.

58 Where is an idol? Nowhere! Can there be a gap in what is infinite, a place where time can interrupt eternity? A place of darkness set where all is light, a dismal alcove separated off from what is endless, has no place to be. An idol is beyond where God has set all things forever and has left no room for anything to be except His Will. Nothing and nowhere must an idol be while God is everything and everywhere.

59 What purpose has an idol, then? What is it for? This is the only question which has many answers, each depending on the one of whom the question has been asked. The world believes in idols. No one comes unless he worshipped them and still attempts to seek for one that yet might offer him a gift reality does not contain. Each worshipper of idols harbors hope his special deities will give him more than other men possess. It must be more. It does not really matter more of what—more beauty, more intelligence, more wealth, or even more affliction and more pain. But more of something is an idol for. And when one fails, another takes its place with hope of finding more of something else. Be not deceived by forms the "something" takes. An idol is a means for getting more. And it is this that is against God's Will.

60 God has not many sons, but only One. Who can have more, and who be given less? In Heaven would the Son of God but laugh if idols could intrude upon his peace. It is for him the Holy Spirit speaks and tells you idols have no purpose here. For more than Heaven can you never have. If Heaven is within, why would you seek for idols which would make of Heaven less, to give you more than God bestowed upon your brother and on you as one with Him? God gave you all there is. And to be sure you could not lose it, did He also give the same to every living thing as well. And thus is every living thing a part of you, as of Himself. No idol can establish you as more than God. But you will never be content with being less.


Conflicting wishes cannot be my will.

1 Father, Your Will is mine, and only that. There is no other will for me to have. Let me not try to make another will, for it is senseless and will cause me pain. Your Will alone can bring me happiness, and only Yours exists. If I would have what only You can give, I must accept Your Will for me and enter into peace, where conflict is impossible. Your Son is one with You in being and in will, and nothing contradicts the holy truth that I remain as You created me.

2 And with this prayer, we enter silently into a state where conflict cannot come because we join our holy will with God's in recognition that they are but one.