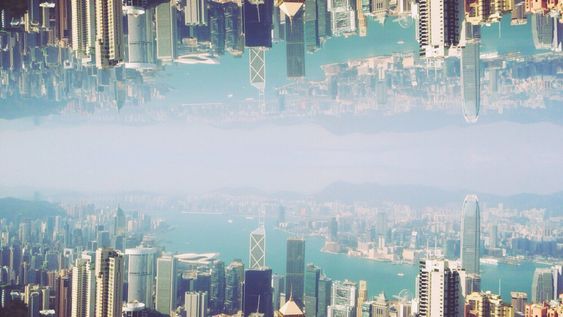 A COURSE IN MIRACLES
MANUAL FOR TEACHERS
#17. HOW DO GOD'S TEACHERS DEAL WITH THEIR PUPILS' THOUGHTS OF MAGIC?

1 This is a crucial question both for teacher and pupil. If this issue is mishandled, the teacher has hurt himself and has also attacked his pupil. This strengthens fear and makes the magic seem quite real to both of them. How to deal with magic thus becomes a major lesson for the teacher of God to master. His first responsibility in this is not to attack it. If a magic thought arouses anger in any form, God's teacher can be sure that he is strengthening his own belief in sin and has condemned himself.
He can be sure as well that he has asked for depression, pain, fear, and disaster to come to him. Let him remember, then, it is not this that he would teach because it is not this that he would learn.

2 There is, however, a temptation to respond to magic in a way that reinforces it. Nor is this always obvious. It can, in fact, be easily concealed beneath a wish to help. It is this double wish that makes the help of little value and must lead to undesired outcomes. Nor should it be forgotten that the outcome that results will always come to teacher and to pupil. How many times has it been emphasized that you give but to yourself? And where could this be better shown than in the kinds of help the teacher gives to those who need his aid? Here is his gift most clearly given him. For he will give only what he has chosen for himself. And in this gift is his judgment upon the holy Son of God.

3 It is easiest to let error be corrected where it is most apparent, and errors can be recognized by their results. A lesson truly taught can lead to nothing but release for teacher and pupil who have shared in one intent. Attack can enter only if perception of separate goals has entered. And this must indeed have been the case if the result is anything but joy. The single aim of the teacher turns the divided goal of the pupil into one direction, with the call for help becoming his one appeal. This then is easily responded to with just one answer, and this answer will enter the teacher's mind unfailingly. From there it shines into his pupil's mind, making it one with his.

4 Perhaps it will be helpful to remember that no one can be angry at a fact. It is always an interpretation that gives rise to negative emotions, regardless of their seeming justification by what appears as facts. Regardless, too, of the intensity of the anger that is aroused. It may be merely slight irritation, perhaps too mild to be even clearly recognized. Or it may also take the form of intense rage accompanied by thoughts of violence, fantasized or apparently acted out. It does not matter. All of these reactions are the same. They obscure the truth, and this can never be a matter of degree. Either truth is apparent or it is not. It cannot be partially recognized. Who is unaware of truth must look upon illusions.

5 Anger in response to perceived magic thoughts is the basic cause of fear. Consider what this reaction means, and its centrality in the world's thought system becomes apparent. A magic thought, by its mere presence, acknowledges a separation from God. It states in the clearest form possible that the mind which thinks it believes it has a separate will that can oppose the Will of God and succeed. That this can hardly be a fact is obvious. Yet that it can be believed as fact is surely so. And herein lies the birthplace of guilt. Who usurps the place of God and takes it for himself now has a deadly "enemy." And he must stand alone in his protection and make himself a shield to keep him safe from fury that can never be abated and vengeance that can never be satisfied.

6 How can this unfair battle be resolved? Its ending is inevitable, for its outcome must be death. How then can one believe in one's defenses? Magic again must help. Forget the battle. Accept it as a fact, and then forget it. Do not remember the impossible odds against you. Do not remember the immensity of the "enemy," and do not think about your frailty in comparison. Accept your separation, but do not remember how it came about. Believe that you have won it, but do not retain the slightest memory of Who your great "opponent" really is. Projecting your "forgetting" onto Him, it seems to you He has forgotten too.

7 But what will now be your reaction to all magic thoughts? They can but reawaken sleeping guilt, which you have hidden but have not let go. Each one says clearly to your frightened mind, "You have usurped the place of God. Think not He has forgotten." Here we have the fear of God most starkly represented. For in that thought has guilt already raised madness to the throne of God Himself. And now there is no hope. Except to kill. Here is salvation now. An angry Father pursues His guilty Son. Kill or be killed, for here alone is choice. Beyond this there is none, for what was done cannot be done without. The stain of blood can never be removed, and anyone who bears this stain on him must meet with death.

8 Into this hopeless situation God sends His teachers. They bring the light of hope from God Himself. There is a way in which escape is possible. It can be learned and taught, but it requires patience and abundant willingness. Given that, the lesson's manifest simplicity stands out like an intense white light against a black horizon, for such it is. If anger comes from an interpretation and not a fact, it is never justified. Once this is even dimly grasped, the way is open. Now it is possible to take the next step. The interpretation can be changed at last. Magic thoughts need not lead to condemnation, for they do not really have the power to give rise to guilt. And so they can be overlooked and thus forgotten in the truest sense.

9 Madness but seems terrible. In truth it has no power to make anything. Like the magic which becomes its servant, it neither attacks nor protects. To see it and to recognize its thought system is to look on nothing. Can nothing give rise to anger? Hardly so. Remember then, teacher of God, that anger recognizes a reality that is not there, yet is the anger certain witness that you do believe in it as fact. Now is escape impossible until you see you have responded to your own interpretation which you have projected on an outside world. Let this grim sword be taken from you now. There is no death. This sword does not exist. The fear of God is causeless. But His love is Cause of everything beyond all fear and thus forever real and always true.


L e s s o n 354
We stand together, Christ and I, in peace
And certainty of purpose. And in Him
Is His Creator, as He is in me.