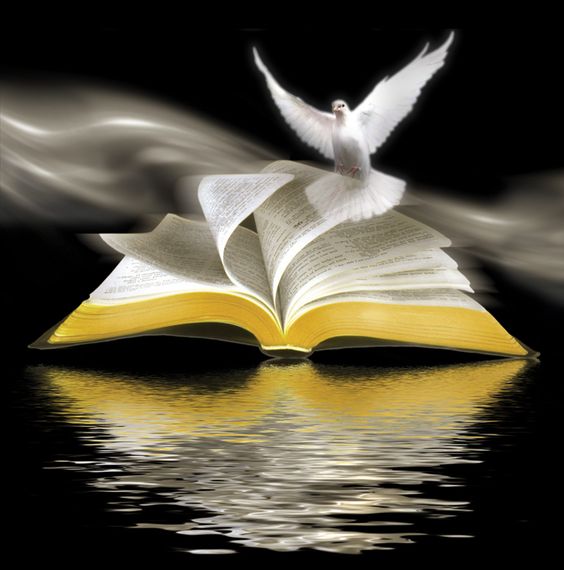 1 The miracle does nothing. All it does is to undo. And thus it cancels out the interference to what has been done. It does not add, but merely takes away. And what it takes away is long since gone, but being kept in memory, appears to have immediate effects. This world was over long ago. The thoughts that made it are no longer in the mind that thought of them and loved them for a little while. The miracle but shows the past is gone, and what has truly gone has no effects. Remembering a cause can but produce illusions of its presence, not effects.

2 All the effects of guilt are here no more. For guilt is over. In its passing went its consequences, left without a cause. Why would you cling to it in memory if you did not desire its effects? Remembering is as selective as perception, being its past tense. It is perception of the past as if it were occurring now and still were there to see. Memory, like perception, is a skill made up by you to take the place of what God gave in your creation. And like all the things you made, it can be used to serve another purpose and to be the means for something else. It can be used to heal and not to hurt if you so wish it be.

3 Nothing employed for healing represents an effort to do anything at all. It is a recognition that you have no needs which mean that something must be done. It is an unselective memory, which is not used to interfere with truth. All things the Holy Spirit can employ for healing have been given Him, without the content and the purposes for which they have been made. They are but skills without an application. They await their use. They have no dedication and no aim.

4 The Holy Spirit can indeed make use of memory, for God Himself is there. Yet this is not a memory of past events, but only of a present state. You are so long accustomed to believe that memory holds only what is past that it is hard for you to realize it is a skill that can remember now. The limitations on remembering the world imposes on it are as vast as those you let the world impose on you. There is no link of memory to the past. If you would have it there, then there it is. But only your desire made the link, and only you have held it to a part of time where guilt appears to linger still.

5 The Holy Spirit's use of memory is quite apart from time. He does not seek to use it as a means to keep the past, but rather as a way to let it go. Memory holds the message it receives and does what it is given it to do. It does not write the message nor appoint what it is for. Like to the body, it is purposeless within itself. And if it seems to serve to cherish ancient hate and offers you the pictures of injustices and hurts which you were saving, this is what you asked its message be, and this is what it is. Committed to its vaults, the history of all the body's past is hidden there. All of the strange associations made to keep the past alive, the present dead, are stored within it, waiting your command that they be brought to you and lived again. And thus do their effects appear to be increased by time, which took away their cause.

6 Yet time is but another phase of what does nothing. It works hand in hand with all the other attributes with which you seek to keep concealed the truth about yourself. Time neither takes away nor can restore. And yet you make strange use of it, as if the past had caused the present, which is but a consequence in which no change can be made possible because its cause has gone. Yet change must have a cause that will endure or else it will not last. No change can be made in the present if its cause is past. Only the past is held in memory as you make use of it, and so it is a way to hold the past against the now.

7 Remember nothing that you taught yourself, for you were badly taught. And who would keep a senseless lesson in his mind when he can learn and can preserve a better one? When ancient memories of hate appear, remember that their cause is gone. And so you cannot understand what they are for. Let not the cause that you would give them now be what it was which made them what they were or seemed to be. Be glad that it is gone, for this is what you would be pardoned from. And see instead the new effects of cause accepted now, with consequences here. They will surprise you with their loveliness. The ancient new ideas they bring will be the happy consequences of a cause so ancient that it far exceeds the span of memory which your perception sees.

8 This is the Cause the Holy Spirit has remembered for you, when you would forget. It is not past because He let It not be unremembered. It has never changed because there never was a time in which He did not keep It safely in your mind. Its consequences will indeed seem new because you thought that you remembered not their Cause. Yet was It never absent from your mind, for it was not your Father's Will that He be unremembered by His Son.

9 What you remember never was. It came from causelessness which you confused with cause. It can deserve but laughter when you learn you have remembered consequences which were causeless and could never be effects. The miracle reminds you of a Cause forever present, perfectly untouched by time and interference—never changed from what It is. And you are Its effects, as changeless and as perfect as Itself. Its memory does not lie in the past nor await the future. It is not revealed in miracles. They but remind you that It has not gone. When you forgive It for your sins, It will no longer be denied.

10 You who have sought to lay a judgment on your own Creator cannot understand it is not He Who laid a judgment on His Son. You would deny Him His effects, yet have they never been denied. There was no time in which His Son could be condemned for what was causeless and against His Will. What your remembering would witness to is but the fear of God. He has not done the thing you fear. No more have you. And so your innocence has not been lost. You need no healing to be healed. In quietness, see in the miracle a lesson in allowing Cause to have Its own effects and doing nothing that would interfere.

11 The miracle comes quietly into the mind that stops an instant and is still. It reaches gently from that quiet time, and from the mind it healed in quiet then, to other minds to share its quietness. And they will join in doing nothing to prevent its radiant extension back into the Mind Which caused all minds to be. Born out of sharing, there can be no pause in time to cause the miracle delay in hastening to all unquiet minds and bringing them an instant's stillness when the memory of God returns to them. Their own remembering is quiet now, and what has come to take its place will not be wholly unremembered afterwards.

12 He to Whom time is given offers thanks for every quiet instant given Him. For in that instant is His memory allowed to offer all its treasures to the Son of God, for whom they have been kept. How gladly does He offer them unto the one for whom He has been given them! And His Creator shares His thanks because He would not be deprived of His effects. The instant's silence that His Son accepts gives welcome to eternity and Him and lets Them enter where They would abide. For in that instant does the Son of God do nothing that would make himself afraid.

13 How instantly the memory of God arises in the mind that has no fear to keep the memory away. Its own remembering has gone. There is no past to keep its fearful image in the way of glad awakening to present peace. The trumpets of eternity resound throughout the stillness, yet disturb it not. And what is now remembered is not fear, but rather is the cause that fear was made to render unremembered and undone. The stillness speaks in gentle sounds of love the Son of God remembers from before his own remembering came in between the present and the past to shut them out.

14 Now is the Son of God at last aware of present Cause and Its benign effects. Now does he understand what he has made is causeless, making no effects at all. He has done nothing. And in seeing this, he understands he never had a need for doing anything and never did. His Cause is its effects. There never was a cause beside It that could generate a different past or future. Its effects are changelessly eternal, beyond fear, and past the world of sin entirely.

15 What has been lost, to see the causeless not? And where is sacrifice, when memory of God has come to take the place of loss? What better way to close the little gap between illusions and reality than to allow the memory of God to flow across it, making it a bridge an instant will suffice to reach beyond? For God has closed it with Himself. His memory has not gone by and left a stranded Son forever on a shore where he can glimpse another shore which he can never reach. His Father wills that he be lifted up and gently carried over. He has built the bridge, and it is He Who will transport His Son across it. Have no fear that He will fail in what He wills. Nor that you be excluded from the Will that is for you.


A happy outcome to all things is sure.

1 God's promises make no exceptions. And He guarantees that only joy can be the final outcome found for everything. Yet it is up to us when this is reached—how long we let an alien will appear to be opposing His. And while we think this will is real, we will not find the end He has appointed as the outcome of all problems we perceive, all trials we see, and every situation that we meet. Yet is the ending certain. For God's Will is done in earth and Heaven. We will seek and we will find according to His Will, which guarantees that our will is done.

2 We thank You, Father, for Your guarantee of only happy outcomes in the end. Help us not interfere and so delay the happy endings You have promised us for every problem that we can perceive, for every trial we think we still must meet.