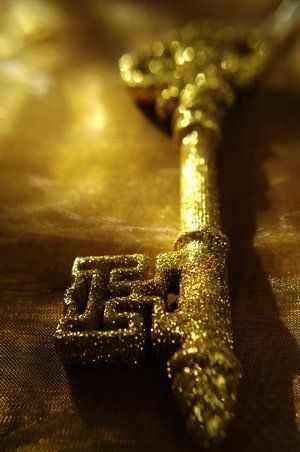 A COURSE IN MIRACLES
MANUAL FOR TEACHERS
#13. WHAT IS THE REAL MEANING OF SACRIFICE?

1 Although in truth the term sacrifice is altogether meaningless, it does have meaning in the world. Like all things in the world, its meaning is temporary and will ultimately fade into the nothingness from which it came when there is no more use for it. Now its real meaning is a lesson. Like all lessons, it is an illusion, for in reality there is nothing to learn. Yet this illusion must be replaced by a corrective device, another illusion that replaces the first, so both can finally disappear. The first illusion, which must be displaced before another thought system can take hold, is that it is a sacrifice to give up the things of this world. What could this be but an illusion, since this world itself is nothing more than that?

2 It takes great learning both to realize and to accept the fact that the world has nothing to give. What can the sacrifice of nothing mean? It cannot mean that you have less because of it. There is no sacrifice in the world's terms that does not involve the body. Think a while about what the world calls sacrifice. Power, fame, money, physical pleasure—who is the hero to whom all these things belong? Could they mean anything except to a body? Yet a body cannot evaluate. By seeking after such things, the mind associates itself with the body, obscuring its identity and losing sight of what it really is.

3 Once this confusion has occurred, it becomes impossible for the mind to understand that all the "pleasures" of the world are nothing. But what a sacrifice—and it is sacrifice indeed—all this entails! Now has the mind condemned itself to seek without finding, to be forever dissatisfied and discontented, to know not what it really wants to find. Who can escape this self-condemnation? Only through God's Word could this be possible. For self-condemnation is a decision about identity, and no one doubts what he believes he is. He can doubt all things but never this.

4 God's teachers can have no regret on giving up the pleasures of the world. Is it a sacrifice to give up pain? Does an adult resent the giving up of children's toys? Does one whose vision has already glimpsed the face of Christ look back with longing on a slaughter house? No one who has escaped the world and all its ills looks back on it with condemnation. Yet he must rejoice that he is free of all the sacrifice which its value would demand of him. To them he sacrifices all his freedom. To them he sacrifices all his peace. And to possess them must he sacrifice his hope of Heaven and remembrance of his Father's Love. Who in his sane mind chooses nothing as a substitute for everything?

5 What is the real meaning of sacrifice? It is the cost of believing in illusions. It is the price that must be paid for the denial of truth. There is no pleasure of the world that does not demand this, for otherwise the pleasure would be seen as pain. And no one asks for pain if he recognizes it. It is the idea of sacrifice that makes him blind. He does not see what he is asking for. And so he seeks it in a thousand ways and in a thousand places, each time believing it is there and each time disappointed in the end. "Seek but do not find," remains this world's stern decree, and no one who pursues the world's goals can do otherwise.

6 You may believe this course requires sacrifice of all you really hold dear. In one sense that is true, for you hold dear the things that crucify God's Son. And it is the course's aim to set him free. But do not be mistaken about what sacrifice means. It always means the giving up of what you want. And what, oh teacher of God, is it that you want? You have been called by God, and you have answered. Would you now sacrifice that Call? Few have heard it as yet, and they can but turn to you. There is no other hope in all the world that they can trust. There is no other voice in all the world that echoes God's. If you would sacrifice the truth, they stay in hell. And if they stay, you will remain with them.

7 Do not forget that sacrifice is total. There are no "half sacrifices." You cannot give up Heaven partially. You cannot be a little bit in hell. The Word of God has no exceptions. It is this that makes it holy and beyond the world. It is its holiness that points to God. It is its holiness that makes you safe. It is denied if you attack any brother for anything. For it is here the split with God occurs. A split that is impossible. A split that cannot happen. Yet a split in which you surely will believe, because you have set up a situation that is impossible. And in this situation the impossible can seem to happen. It seems to happen at the "sacrifice" of truth.

8 Teacher of God, do not forget the meaning of sacrifice, and remember what each decision you make must mean in terms of cost. Decide for God, and everything is given you at no cost at all. Decide against Him, and you choose nothing at the expense of the awareness of everything. What would you teach? Remember only what you would learn. For it is here that your concern should be. Atonement is for you. Your learning claims it, and your learning gives it. The world contains it not, but learn this course and it is yours. God holds out His Word to you, for He has need of teachers. What other way is there to save His Son?


L e s s o n 348
I have no cause for anger or for fear,
For You surround me. And in every need
That I perceive, Your grace suffices me.

2 God's grace suffices us in everything that He would have us do. And only that we choose to be our will as well as His.